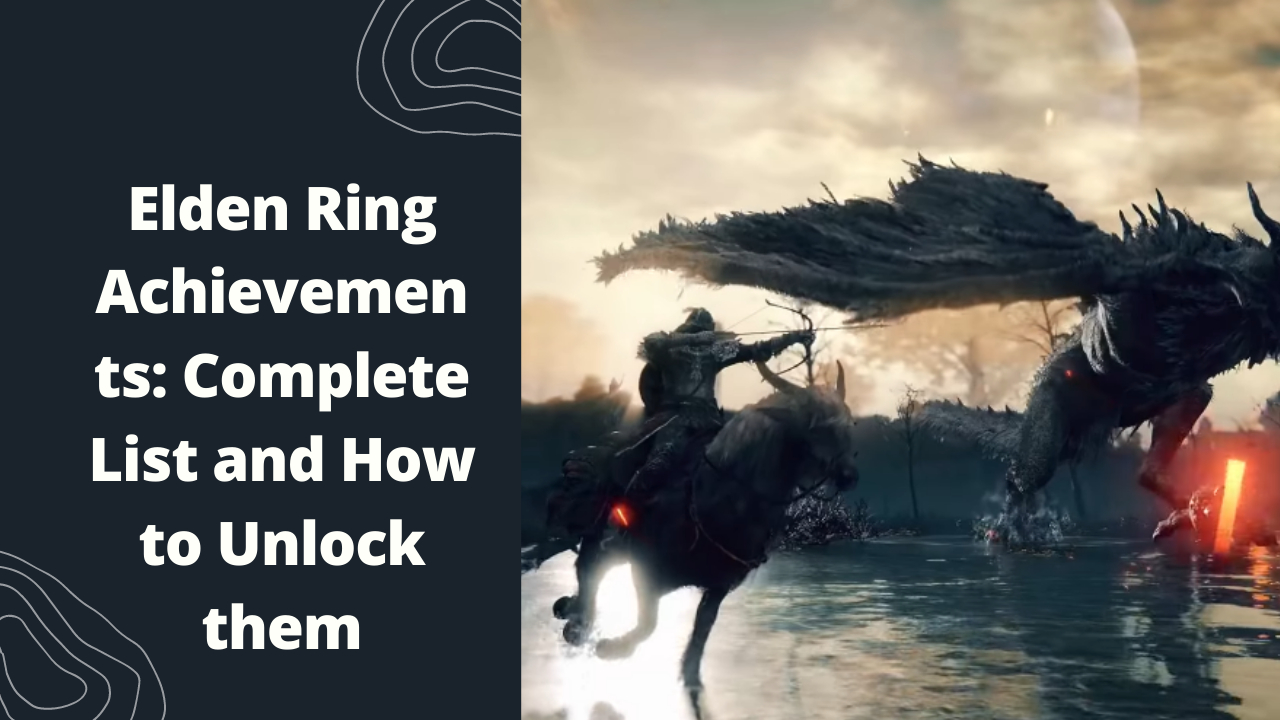 Elden Ring is a trophy hunter’s dream come true; here’s a complete list of all the Elden Ring Achievements/trophies.

Elden Ring, a game developed by the same team that pioneered the Soulsborne subgenre, more than lives up to the nature of its predecessor. It’s a more mechanically approachable game than Dark Souls, but if you expect a simpler trip, you’re in for a rocky ride.

Elden Ring has 42 accomplishments to unlock; the majority of them require the player to beat the bosses that they will face in the realm of Limgrave. It has a lot of backstories concealed in its beautiful and perilous environments for the player to discover. Because Game of Thrones author George R.R. Martin assisted in the creation of Elden Ring’s world and people, the world-building is perhaps more wide and in-depth than its predecessors.

Elden Ring has 42 Trophies/Achievements to his name. To avoid spoilers, many of these are actually buried. Stop reading now if you don’t want anything to be spoiled. If you’re trying to complete every achievement in Elden Ring, here’s the whole list of Trophies/Achievements, along with instructions on how to unlock each one.

As you can see, several of Elden Ring’s Achievements and Trophies require you to kill a certain boss. While some of these will come organically when you complete the main quest, several will force you to venture off the established path and explore some of the Lands Between’s deepest, darkest regions.

It’s also worth noting that three of the Trophies and Achievements are linked to the game’s conclusion. Elden Ring has several endings, each of which requires a certain action or completion of a quest path. Six have been found thus far, but only three will result in a Trophy or Achievement.

The problem is that you can only play through the game once every three plays, so if you want to unlock all three endings, you’ll have to replay the main tale three times. Elden Ring’s main story isn’t too long, thanks to the fact that many of the bosses and places are optional. There are also lots of easy farming spots to guarantee you’re leveled up enough to take on some of the final bosses without having to complete all of the side stuff.

However, some of the endings will necessitate the completion of a series of side missions. For example, completing Ranni’s questline is required for the Age of the Stars ending. While it isn’t particularly difficult, especially if you’re over-leveled, it is lengthy and time-consuming. I recommend using this ending as your primary play the first time around because you’ll gain access to more awards and accomplishments. Plus, because you’ll already have the trophy or accomplishment, you won’t have to fight the same boss in a subsequent game with no payoff. Getting all of the legendary armaments, ashen remnants, sorceries, incantations, and talismans is arguably the most time-consuming.

The good news is that you can stay on the same journey with your powerful character after beating the main plot and go back and finish any unfinished objectives or bosses. These optional bosses are significantly easier to defeat because you’ll be over-leveled.

There’s no incentive to start a new journey until you’ve unlocked all of the Trophies and Achievements (excluding the different endings). After that, you can make a new character or keep playing with the one you already have and try to get the other two endings.

I’ll admit that some of the bosses are quite difficult to approach simply because the universe is so complex and detailed. If you want to finish things as quickly as possible, I strongly advise using guides. I had no idea where some bosses were or how to get to them until I looked up a guide, and I’m confident I would have never found them otherwise.