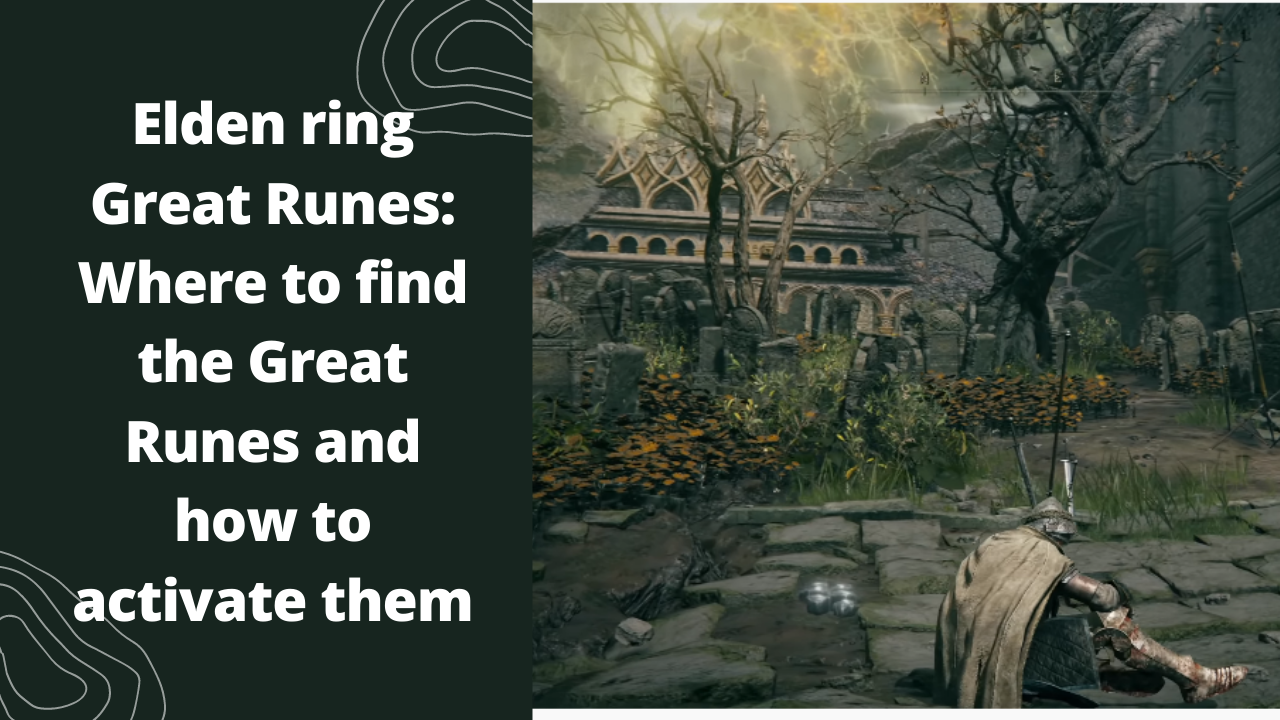 You might be wondering what to do with an Elden Ring Great Rune you found in the Lands Between. Great Runes, along with Remembrances, are dropped by the main bosses, and they can help your tarnished if you follow the instructions to activate them.

Once a great rune has been triggered, you can equip it with an Elden Ring Rune Arc to gain its passive bonus effects. However, because you can only equip one at a time, you’ll probably want to move between them for various confrontations or places.

The Elden Ring Great Runes are:

Once you vanquish him, Godrick the Grafted drops Godrick’s Great Rune. It raises all the characteristics when equipped. Godrick may be located in Limgrave’s Stormveil Castle.

After you beat Starscourge Radahn, he drops Radahn’s Great Rune. It increases the player’s maximum health, FP energy, and stamina when donned. Radahn can be found in Caelid bypassing via a portal in Redmane Castle.

Morgott the Omen King drops Morgott’s Great Rune once you vanquish him. It increases a player’s maximum health when equipped. Morgott can be found in the Royal Capital of Leyndell. Before you can enter Leyndell, you must have found at least two other great runes and activated at least one of them.

Rykard, Lord of Blasphemy, drops Rykard’s Great Rune if you defeat him. It restores health if the player defeats an enemy while equipped. Rykard is home to Rykard.

Mohg, Lord of Blood drops Mohg’s Great Rune if you vanquish him. When donned, it bestows a blood blessing on summoned phantoms. Mohg may be found in Mohgwyn Palace, which can be reached by a teleport north of Consecrated Grounds or by using the Pureblood Knight’s Medal obtained from White-Faced Varre.

Malenia, Blade of Miquella, drops Malenia’s Great Rune once you defeat her. After equipping, the player recovers health when they land successful assaults. Malenia may be found to the north of Consecrated Snowfield, at Miquella’s Haligtree.

GREAT RUNE OF THE UNBORN

Rennala, Queen of the Full Moon, must be defeated in order to obtain the Great Rune of the Unborn. This rune does not require charging and cannot be equipped like the others. Instead, it grants a passive and instant benefit, allowing you to use the Reya Lucaria Grand Library’s “Rebirth” feature. This enables you to respec your character, albeit you will also require a Larval Tear.

MENDING RUNE OF THE FELL CURSE

After defeating the final boss, you can use the Mending Rune of the Fell Curse to unlock an alternate ending. The Dung Eater will give it to you if you’ve completed his questline and given him five Seedbed Curses.

MENDING RUNE OF THE DEATH-PRINCE

After defeating the final boss, you can use the Mending Rune of the Death-Prince to unlock an alternate ending. After you’ve completed Fia’s quest, you can get it from her. For more information About Elden Ring, see our Elden Ring maps guide.

The Mending Rune of Perfect Order unlocks a different ending and may only be used after the final boss has been defeated. Goldmask drops it after his and Brother Corhyn’s questlines are completed.

How to use Great Runes in Elden Ring

The good news is that once you’ve restored a Great Rune, you’ll never have to do it again. If you plan on switching them out frequently, make sure you have plenty of Rune Arcs on hand.