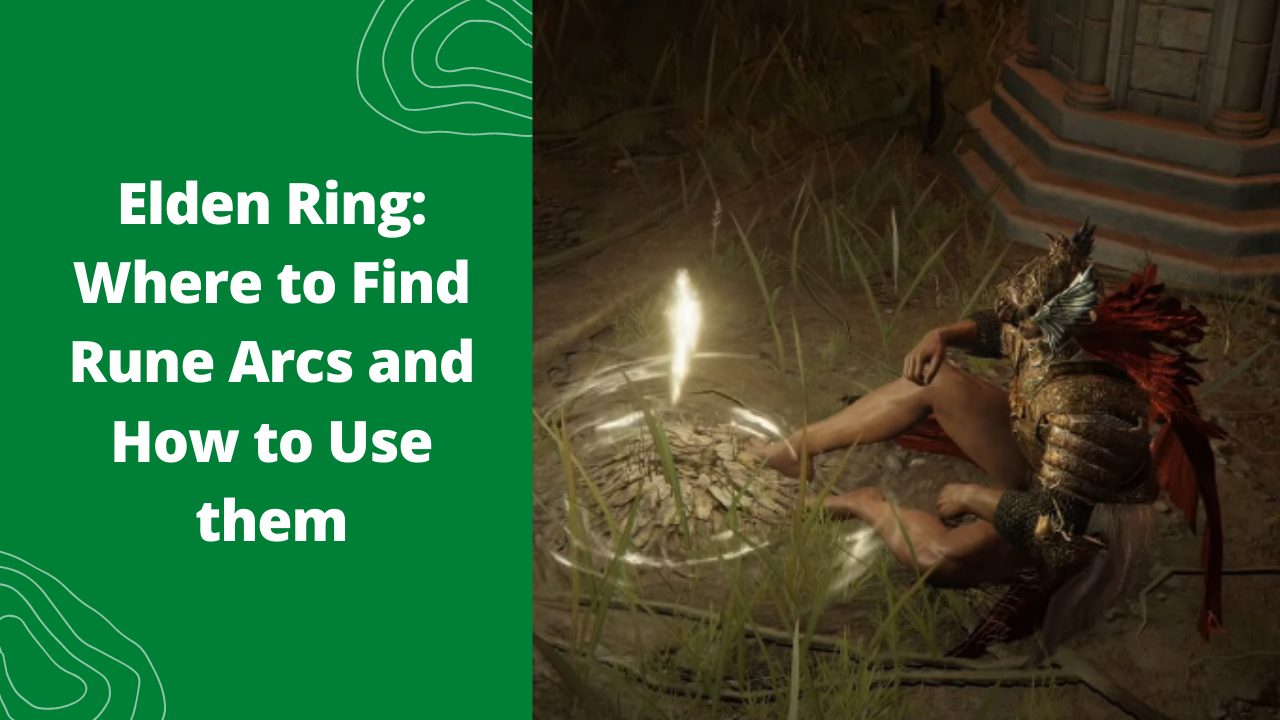 Any advantage, no matter how small, can make the difference between life and death in a game like Elden Ring.

This is where several helpful items come into play. From Smithing Stones to Ashes of War, there are numerous ways for players to gain an advantage over the boss they’ve been battling for hours. Likewise, one could say the same thing about Rune Arcs.

With that said, here is an explanation of what a Rune Arc is in Elden Ring and how it can aid you on your journey.

What are Rune Arcs in Elden Ring?

Even if you’re new to Elden Ring, you’ve probably encountered a few of these mysterious items and are unsure what they do. Elden Ring’s Rune Arcs allow you to make use of your equipped Great Rune. If you do not already have one equipped (or have not yet unlocked one), cracking a Rune Arc slightly increases your HP.

Rune Arcs are similar to Embers in Dark Souls 3. They also function similarly to humanity in the first Dark Souls. For the remainder of this article, we’ll refer to someone who has cracked a Rune Arc as “runed” and someone who has not cracked one as “unruned.”

You can see what your HP, FP, and stamina meters look like when you’re runed in the image above. When you successfully crack a Rune Arc in Elden Ring, the Great Rune icon will glow next to your HP. When that icon is not tuned, it appears dull. If you die, you will lose your Great Rune ability, which will require you to use another Rune Arc to reclaim it. In a game like Elden Ring, where death is common, you should avoid burning through Rune Arcs until you’re sitting on a large pile of them.

Consider the following: In Dark Souls 3, you could restore your HP by cracking an ember, which came in handy if you ran out of Estus during boss fights. Regrettably, that little maneuver does not work in the Elden Ring. You will receive the maximum HP boost, but no HP will be recovered.

Where is the Rune Arcs in Elden Ring located?

Rune Arcs can be discovered by simply exploring. They’ll be identified as blue-tinted item pickups, which indicate the presence of special items. Rune Arcs can also be obtained through multiplayer in Elden Ring. You’ll earn a Rune Arc if you assist another player in overcoming a boss or repelling invaders in their world. Additionally, Rune Arcs can be obtained by invading other worlds and assassinating the Host of Fingers.

Five are available for purchase from the Twin Maiden Husks in Roundtable Hold. They do, however, cost 4,000 runes. You’re better off spending your runes elsewhere.

If you’re looking to grind Rune Arcs in Elden Ring via invasion (but have run out of festering Bloody Fingers), you have a few options. To obtain the reusable Bloody Finger, you must complete White-Faced Varre’s questline. Alternatively, you can visit Volcano Manor and complete the initial invasion quest to obtain the Recusant Finger.

How to use Rune Arcs in the Elden Ring?

To use Rune Arcs in Elden Ring, open your inventory and look for them under the tools tab, among your flasks. To activate the effect of your Great Rune, choose and use a Rune Arc. For instance, we have Morgott’s Great Rune equipped, which when runed increases our overall HP. Our unenhanced health is 1,450 (at 40 Vigor). When we crack a Rune Arc, our maximum HP increases to 1,812, a gain of about 25%.

Additionally, you can add Rune Arcs to your equipment bar or assign them a hotkey in your pouch. Because they do not provide any immediate benefits, such as full healing, there is no reason why you would ever require them at a moment’s notice.

We recommend using Rune Arcs immediately before boss fights, but only after a few tries. You’d hate to waste one while you’re still figuring out how the boss moves. Otherwise, Rune Arcs can assist you in traversing molten lava, such as that found near Volcano Manor’s Gelmir Hero’s Grave.