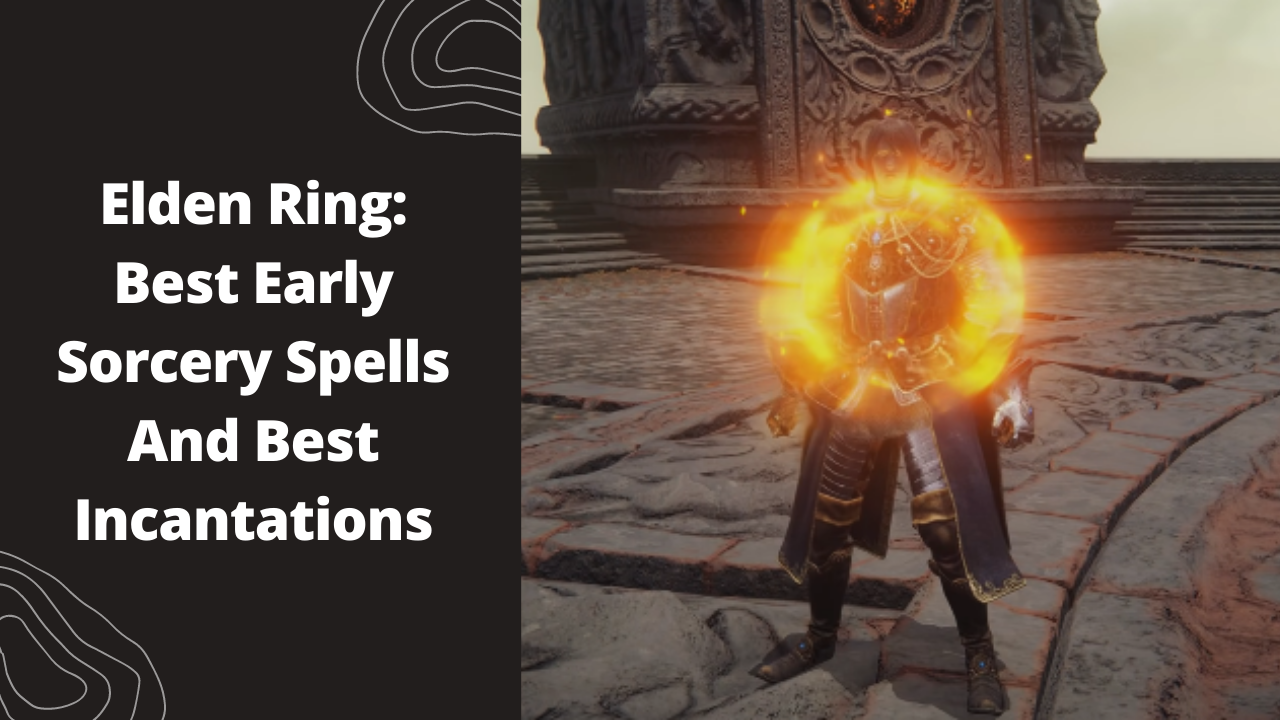 Everything you ever wanted to know about sorcery and incantations is in one place.

Are you looking for the complete list of Elden Ring spells? Elden Ring’s magic is quite similar to that of previous Souls games. Incantations are considered miracles, while sorceries are considered… well, sorceries. To cast these healing, support, and fiery damage spells, a separate catalyst called a “Sacred Seal” is required. Scaling is also comparable, with sorceries relying on intelligence and incantations on faith.

Spells are scattered throughout the game and are available from a variety of vendors. Additionally, you can increase your memory slots by locating memory stones and wearing certain magical memory-enhancing talismans.

The most effective Elden Ring sorceries

Obviously, this is a matter of personal preference, but the best Elden Ring sorceries always fall into one of two categories: simple projectiles that deal respectable damage for a low cost (ideal for general exploration and combat), or gigantic boss-destroying cosmic explosives that deal massive damage in one shot. We’ve included a sampling of the two below.

Finding the Rock Sling sorcery requires some detective work, but it rewards you with not only one of the best early game sorceries, but also a powerful staff, one of the best Elden Ring weapons to have at the start of the game.

A relatively inexpensive projectile spell, Rock Sling deals significant stagger damage over an astonishingly long range, making it extremely difficult for regular enemies to dodge. found in the Ruins of the Street of Sages, alongside the Elden Ring Meteorite Staff, both of which are described in detail here.

It is one of the earliest forms of sorcery, but one of the most effective. This is another excellent default projectile spell that fires extremely quickly and at a low cost. This is where the Astrologer’s class begins, or you can purchase it from Thops or Sellen.

A slightly more expensive spell for close-to-mid range, this summons a longsword that stabs forward, dealing massive amounts of damage at a breakneck pace. A scarab dropped it in the Eastern gardens of Caria Manor in North Liurnia.

A more powerful version of Rennala’s Full Moon, this spell fires a large projectile that explodes for massive damage, dealing Frostbite damage and making any targets more susceptible to subsequent magical attacks. This is located in Chelona’s Rise, a tower on Liurnia’s raised plateau that requires nearly completing Ranni’s questline. Once there, you’ll need to solve a small puzzle.

A high-cost, high-damage superbomb that can be charged for increased damage. This boss-breaker can be found on Mt. Gelmir, specifically in the Hermit Village’s south area. Ride east, past the boss fight with Demi-Human Queen Maggie, and you’ll come to a Site of Grace on your left. Additionally, there is an NPC, Primeval Sorcerer Azur, who will simply give you the spell when you speak with him.

The Most Effective Elden Ring Incantations

While incantations are less straightforward than sorceries, they are significantly more diverse, including dragon spells, bestial spells, giant’s spells, lightning magic, fire magic, healing, and buffs. There are numerous options and even more that are excellent, but we’ve narrowed it down to five standouts that will fit comfortably in any priest’s pack.

There are numerous healing spells available for Priests and Prophets, but this one is probably the best, striking a nice balance between FP cost, casting time, and effectiveness. Indeed, the Prophet begins with this spell, but it can be purchased from Brother Corhyn in Roundtable Hold by anyone else. Additionally , you can check our Elden Ring map guide.

Beast Claw is a renownedly powerful short-range spell that sends a spray of magical projectiles across the ground, dealing significant damage while being relatively inexpensive. You can obtain it by paying Gurranq, the Clergy Beastmaster, a couple of Deathroot. If you’re looking for some Elden Ring Keepsakes locations, our dedicated guide can assist you.

The first of several excellent fire spells for Faith builds, it’s a straightforward, effective projectile attack that doesn’t cost a fortune in FP, similar to the Glintstone Pebble for sorcerers. Corhyn also sells this one, and it is the only location where it is available.

These are essentially two different variations on the same spell, in which you create a dragon’s head in front of you that emits a powerful breath attack. Both are available for purchase with Dragon Hearts at the Cathedral of Dragon Communion in Southwest Caelid, though you will need to kill some dragons to obtain them.

The Flame of Frenzy

A chargeable spell that causes the player to shoot wide-spread jets of fire out of their eyes in front of them. This spell is not as effective against common enemies, but it wreaks havoc on large bosses who absorb the majority of the projectiles. Additionally, it inflicts the Madness effect, which deals additional damage and reduces FP, but will also afflict you if you cast it too frequently. It is located in the Callu Baptismal Church, a structure perched atop a hill in the heart of the Weeping Peninsula, just south of Ailing Village.