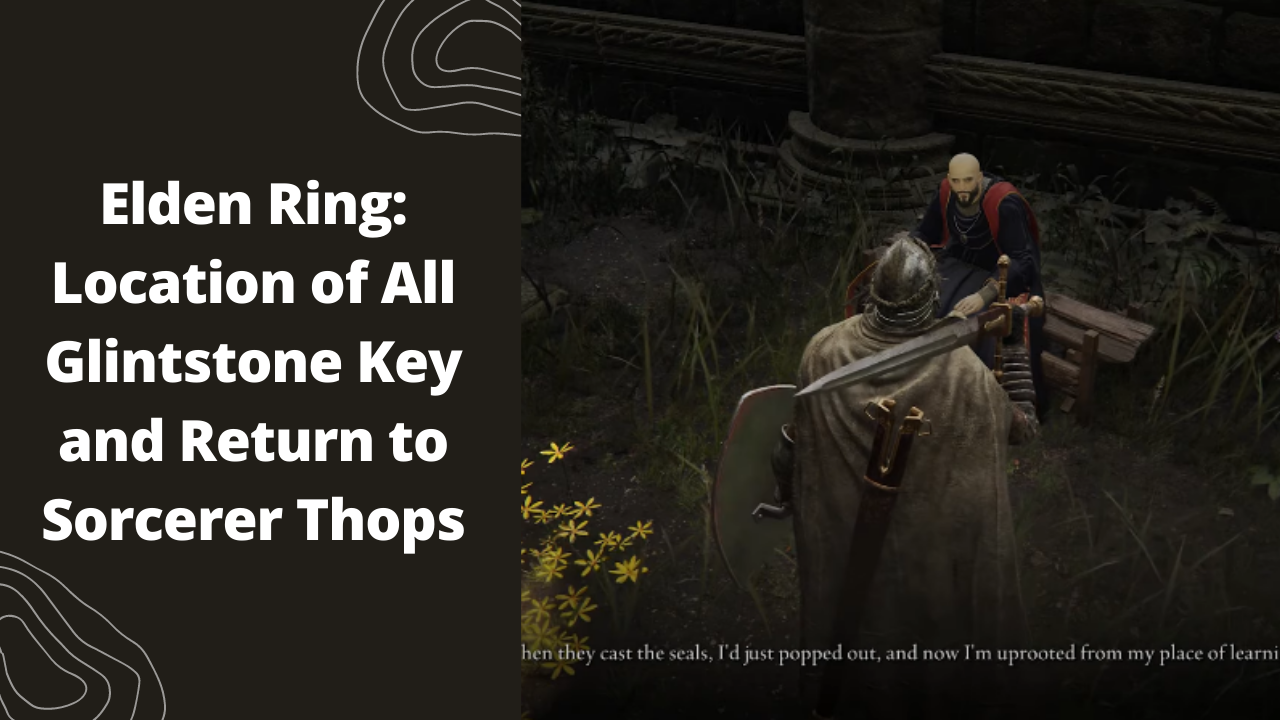 The Glintstone Key is a Key Item in Elden Ring that Tarnished will require in order to enter the Raya Lucaria Academy’s sealed gates in Liurnia. The Key is also used to fulfill Thops’s request to return to the academy, a Sorcerer whose greatest wish is to return. Fortunately, the world contains two Glintstone Keys, which enable Tarnished to enter the Raya Lucaria Academy location in Elden Ring as well as grant Thops his wish if they so desire.

Collectible keys are frequently required to explore areas that are otherwise inaccessible, such as Elden Ring’s Lands Between. To obtain the Academy Glintstone Key in Elden Ring, the player must travel to a dormant dragon’s lair located west of the academy on the left side of the Liurnia of the Lakes. The Glintstone Key is located in an island-like cluster of rocks between the Crystalline Woods and the Temple Quarter Site of Grace. Elden Ring collectors must make their way behind Glintstone Dragon Smarag to this location. Whether players approach the sleeping beast stealthily or boisterously with Torrent, the sleeping beast will awaken with the phrase “Tasty Tarnished” on its mind.

As you approach the Raya Lucaria Academy, you will come to the South Raya Lucaria Gate, which is sealed. A corpse is located to the left of the gate, which you can loot for the Meeting Place map. Open it for directions to a nearby island, just west of the Glintstone Dragon Smarag-guarded gate.

Ride in with Torrent and then disturb and bait the Glintstone Dragon Smarag. Where the dragon was resting, enter the alcove behind it and quickly loot the sorcerer’s corpse for the first Glintstone Key. Then, returning to the South Raya Lucaria Gate, examine how to complete the Raya Lucaria Academy.

After defeating Radagon’s Red Wolf, you’ll find yourself in a courtyard with a fountain in the center and an iron ball trap staircase to the right. Take the path to the left and ascend a hill, where you will encounter Sorcerers and Noble Zombies. Then leap over the balcony and down a staircase flanked by additional Sorcerers. At the bottom of the staircase, there is a locked door that serves as a shortcut, but at the top, there is a path that leads to the rooftops. Continue along the rooftop path until you reach the Church of the Cuckoo.

Through the window, you can access the roof area of the Church of Cuckoo and climb across some beams in search of a Golden Rune [3]. Look down and you’ll find another corpse on a chandelier that you can loot. You must descend to another beam before falling onto the chandelier and looting the second Glintstone Key. With this in hand, descend to the Church of Cuckoo’s upper level and drop a ladder for easy access to this area. You can now return to Sorcerer Thops with the second Glintstone Key in hand.

Return to Sorcerer Thops at the Church of Irith, where he will still be waiting patiently for you. Before continuing, it may be worthwhile to purchase all of his spells to ensure they are in your inventory. Then present him with the Glintstone Key and observe his emotional reaction. At this point, you can travel to the Schoolhouse Classroom and find him slumped in a chair just outside the room with the Site of Grace. Loot him to obtain Thops’ Bell Bearing, which you can then give to the Twin Maiden Husks at the Roundtable Hold to enable the Twin Maiden Husks to purchase Thops’ spells. Additionally, you will receive Thops’ Barrier and an Academy Glintstone Staff.