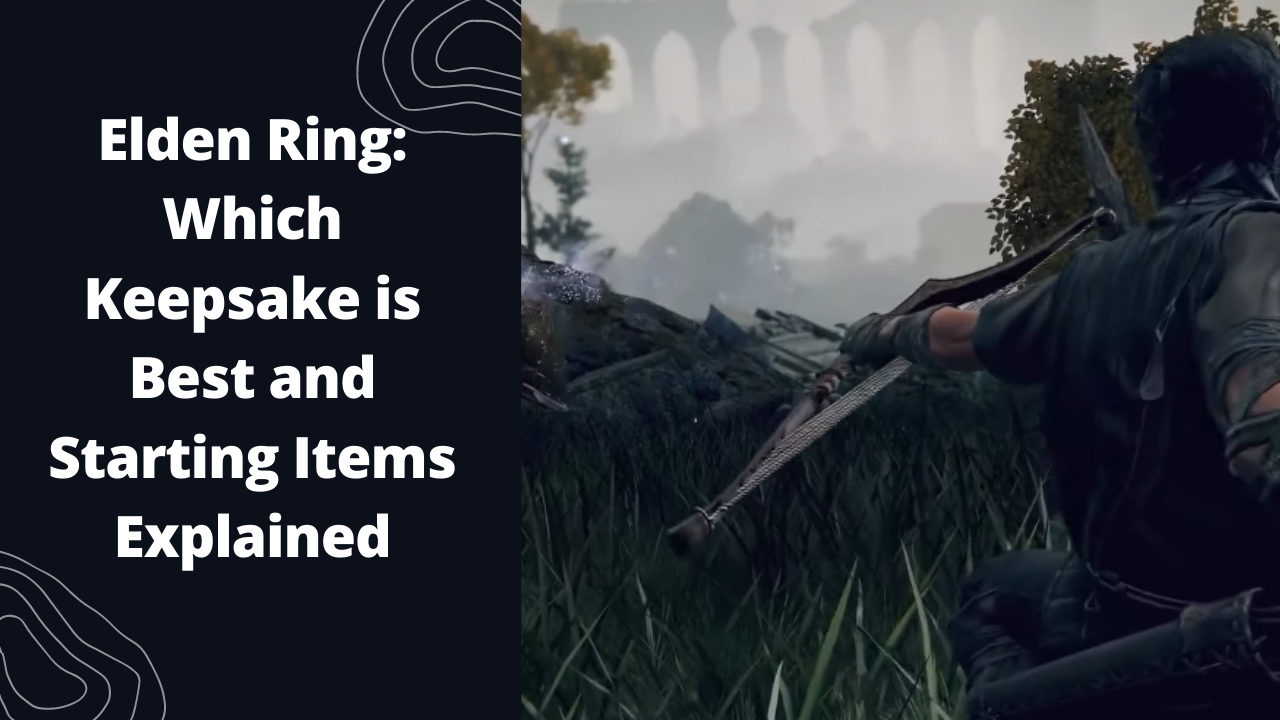 Elden Ring Keepsakes may sound like a new item, they are actually the “gifts” from the Dark Souls games. As such, you’ll choose one immediately upon embarking on your adventure into the Lands Between, and this choice will have an effect on your journey. Some are significantly better than others, and you must choose the best Keepsake.

You can also choose not to take a Keepsake at all if you’re a purist, but for the rest of us, here’s an overview of your options and which ones are worth considering. Additionally, visit our guide hub for additional assistance with Elden Ring.

We’ll begin by going over each Keepsake in the game, their descriptions, and the benefits they provide in the open world. When creating your character, you’ll need to choose a Keepsake, which is a critical decision alongside choosing the best starting class. There are nine Keepsakes available, or you can begin the game without one. Of course, we strongly advise you to choose one. Please keep in mind that all of these items are available throughout the game; not a single one is exclusive to the Keepsake selection screen.

This Keepsake is likely the best choice for the majority of players, as it immediately grants increased HP. You’ll likely discover more useful and versatile talismans a few hours into the game, but being able to take an additional hit without dying can be extremely beneficial during the early stages. Take note that you must have the medallion equipped in order to receive the bonus, and you will be unable to equip more than one until you obtain an item following a critical boss fight.

This rune can be used to grant you a sufficient number of runes to spend on leveling or purchasing items at the game’s start. While having more runes is always desirable, simply killing enemies earns you plenty of them early on, making this Keepsake a poor choice for the majority of players.

By resting at a Site of Grace and applying Golden Seeds, you can permanently increase the number of charges in your healing flask. You’ll acquire a good number of these during your adventure, but this is one of the best Keepsakes because increased survivability is always welcome. Your first golden seed adds one charge to your flask. Later on, you’ll require multiple to add an additional charge.

These Spirit Ashes can be used in conjunction with the Spirit Casting Bell to summon spectral allies to assist you in fending off your enemies. You’ll encounter a slew of more powerful options during the first few hours of your journey, so this Keepsake isn’t a particularly good choice unless you’re particularly taken with these particular Spirit Ashes.

Cracked pots are used in the manufacture of throwable items. Pots can be reused indefinitely, but only one item can be crafted per pot at a time. This is not an excellent choice for a Keepsake, but you’ll find plenty of these while exploring and purchasing from merchants.

These keys can be used to unlock a variety of magically sealed areas. You can find tonnes of cool treasure throughout The Lands Between by placing them on pedestals at the entrances to these locations. You’ll find plenty of these keys if you explore the world thoroughly, but having a spare at the start is also beneficial.

This Keepsake contains five consumable items that have the ability to charm enemies, transforming them into temporary allies who can fight alongside you. This is not a particularly useful starting item, however, given its limited utility and the fact that it can be crafted later in the game.

This Keepsake is one of the worst options available. It comes with five consumable items that can help you defend yourself against physical attacks. These will last you only a short time—if you remember to use them at all—so perhaps pass them up in favor of something significantly better.

This talisman can be equipped to draw enemies to you and keep them away from your co-op partners, making it an excellent Keepsake if you intend to build a tanking character. Combine this with high Vigor and Endurance stats, heavy armor, and a large shield to become the ultimate damage sponge for those you wish to assist.

Do you require a more thorough introduction to Elden Ring? Don’t forget to check out our complete guide of Elden Ring. Additionally, you can read our other articles of Elden Ring.

The Golden Seed is the Keepsake we strongly recommend. Choosing it allows you to immediately upgrade your Sacred Flask at the first Site of Grace, allowing you to replenish your HP or FP more quickly and survive longer. Additionally, you’ll get a head start on future upgrades for the Sacred Flask, as you’ll always require one fewer golden seed than you do now, simply by choosing it as a Keepsake.

If you’re not interested in that Keepsake, the Stonesword Key is probably your next best option. However, we strongly advise you not to use them immediately after passing through the tutorial area. You won’t get any useful loot from it, but you will have to avoid a trap that will kill you instantly.