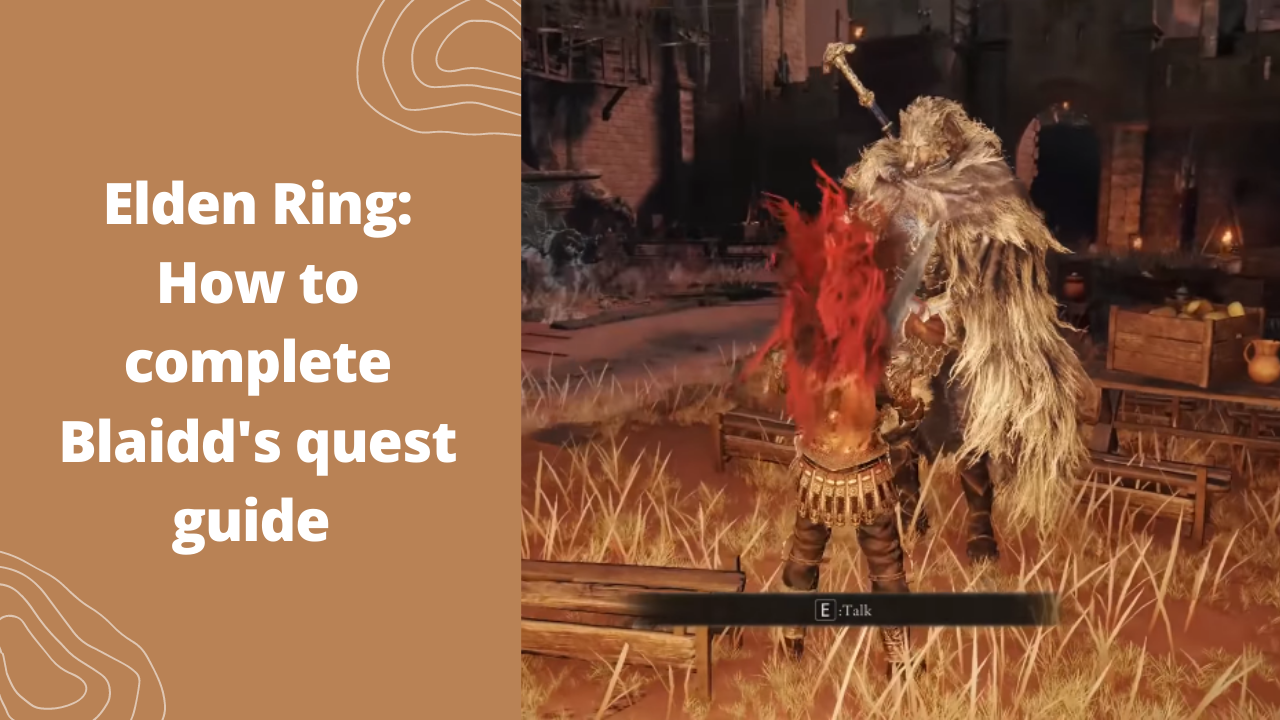 The Elden Ring Blaidd questline is one of the game’s larger adventures, featuring Ranni and Blaidd the Half-Wolf relationships that become clearer as you progress through his terrible backstory. Blaidd is one of Elden Ring’s most well-known characters, and his quest will take you all over the Lands Between.

However, identifying Blaidd’s whereabouts can be tricky at times, especially if you begin his quest later. But don’t worry: we’ll show you how to get Blaidd’s armor and greatsword, as well as where to find important places in Elden Ring.

At first, Blaidd can be located near Mistwood Ruins, but he must be tracked down as part of his mission.

What is the best way to obtain Blaidd’s armor?

If you’re after Blaidd’s armor, you’ll have a lot of work ahead of you. You’ll have to finish another task in which the wolf-man plays a significant role.

Return to Ranni’s Rise after completing Ranni’s mission and receiving the Dark Moon Greatsword from her, and you will see Blaidd outside, but he is now hostile towards you. If you defeat him, you will receive Blaidd’s equipment and his greatsword. The Black Wolf Mask, which completes the set, can be found nearby on a corpse at Seluvis’s Rise.

Blaidd’s backstory and lore are explained.

Here’s a quick rundown of what’s going on in the tale, at least as far as we can tell: Blaidd the Half-Wolf (The wolf man) is the powerful Witch Ranni’s servant in the literal sense since the wolf man was either created to serve her or his divinely bonded to her in some way, but he is just supposed to be her servant to keep the holy order. To begin with, the wolf man’s on a mission to assassinate a traitor named Darriwil, which appears to be a side project, but he’s also assisting Ranni in achieving her bigger goal of breaking the world’s laws and gaining control.

The problem is, Ranni isn’t supposed to be doing this, and her battle with the greater will drive Blaidd insane. Blaidd’s mind snaps and he goes insane when you complete Ranni’s questline, something he’s been aware of as a possibility but has been convinced himself won’t happen because he only wants to help Ranni reach her endgame. That’s why you’ll find him imprisoned in the Evergaol; his friend Iji sensed what was coming and decided it would be safer for everyone if he put him there.

As far as we know, Blaidd will never have a happy ending, at least not till you fulfill Ranni’s quest (which unlocks the secret and best ending for Elden Ring). He either spends eternity in the Evergall or is killed in combat by the player. In any case, that is one sad doggo.