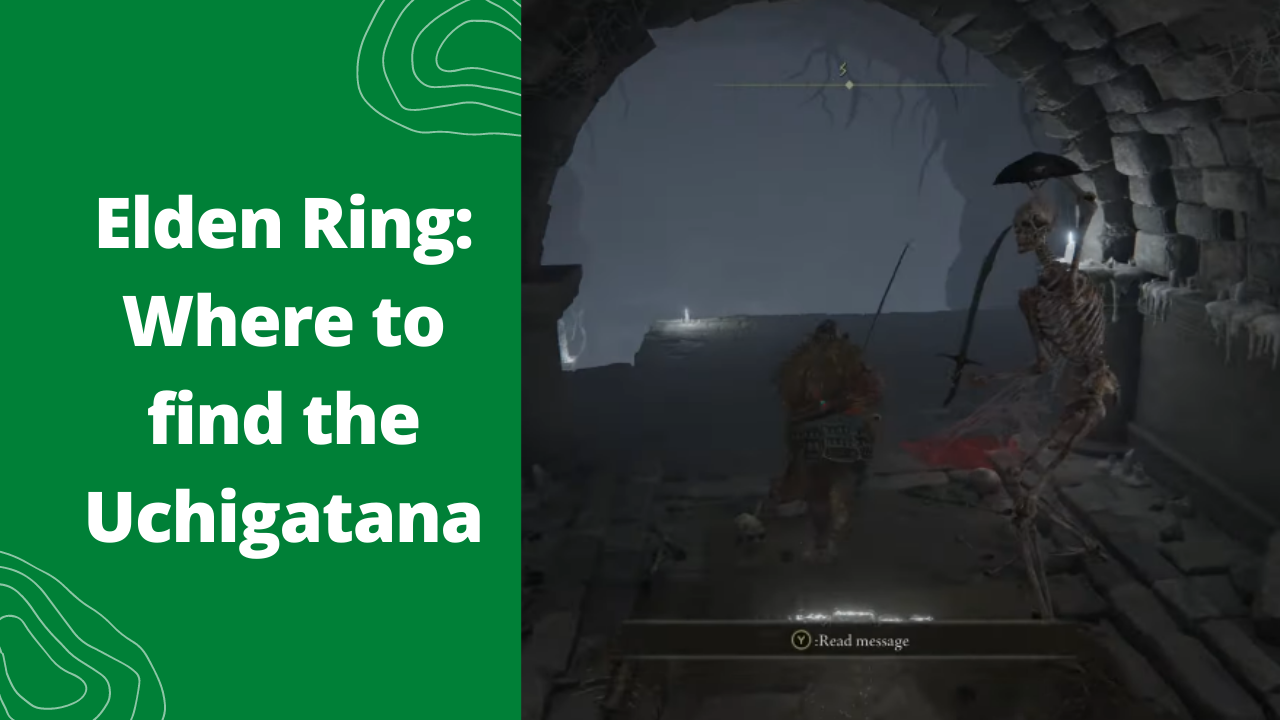 In Elden Ring, are you looking for the Uchigatana? There are a number of weapons to choose from in the Lands Between, but if you choose to use a katana, this guide will help you out. However, it’s a good idea to try out a few different armaments before settling on one, so you don’t squander your Elden Ring Smithing Stones on something you’ll soon replace.

If you choose the Samurai class, the Uchigatana is your first katana. It can, however, be found in-game, just like other starter weaponry. So, if you chose something unusual when creating your character, you’ll want to know where you can get it. Here’s where you can find Elden Ring in Uchigatana.

The Uchigatana is a katana that can be wielded with 11 strength and 15 dexterity. While it isn’t the finest katana in the game, it is still a good choice for practically any build, especially those that focus on blood loss.

Unsheathe is the Uchigatana’s default weapon skill, which places the blade in its tabard before suddenly unleashing it for an aggressive, high-damage attack. As a result, it’s a great opener for unsuspecting foes. Additionally, you can check out our Remembrance weapons guide.

This katana may be found in North Limgrave’s Death-touched Catacombs. Fast travel to the Saintsbridge Site of Grace, then heads west towards Stormveil Castle. Just before the camp, look for a slope on your right that you can climb up. Up here, you’ll find the entrance to the Elden Ring dungeon.

After activating the Site of Grace, go down the stairs to a locked door ahead of you. To get to the Uchigatana, you don’t need to get anywhere near the boss, but you do need to pull the lever that opens this door. As a result, use the left stairwell.

Unsheathe: The skill of swordsmen from the Land of Reeds is the Uchigatana’s default weapon skill. Sheathe the blade and keep it at your hip in a calm stance. To conduct a quick slash attack, follow up with a standard or powerful attack.

Passive Effects and Abilities of Uchigatana

The Uchigatana is a decent early-game weapon that, depending on your build and approach, can be improved into a mid-to-late-game contender. The Uchigatana scales to both Strength and Dexterity equally early on (both are D grade scaling characteristics by default), but after upgrading to +4 at Blacksmith Hewg, it leans toward Dexterity.

By default, the Uchigatana has the Blood Loss accumulation passive effect. If utilized correctly, this is one of Elden Ring’s more potent status effects, capable of melting boss health bars.

Blood Loss in Elden Ring builds up through multiple hits within a defined duration to deal enormous chunks of damage at once, unlike traditional bleed effects that deal damage over time. The Uchigatana isn’t the only weapon capable of doing so. This effect can be found in any of the mini-dungeons containing gargoyle opponents, such as Stormfoot Catacombs, which is where the first Erdtree Burial Watchdog can be found.

Finally, the Unsheathe weapon talent is included with the Uchigatana, allowing you to make two powerful attacks.

Do you have any questions on how to utilize Unsheathe with the Uchigatana? Press R1/RB for the light/slashing strike and R2/RT for the heavy overhead attack while holding L2/RT. Note that whether you’re using the Uchigatana single-handed or two-handed, the inputs and strikes are the same.

The default stats for the Uchigatana are as follows:

In Elden Ring, that’s where you’ll find the Uchigatana. It is the starting class for the Samurai, and it can be found in Deathtouched Catacombs for all other classes. It’s a weapon that can last you well until the middle of the game if you respec your character into Dex or use certain Ashes of War. Click the blue links throughout this guide or go to our developing center for more Elden Ring tips, such as where to get the Dectus Medallion halves or where to find the Blasphemous Blade.