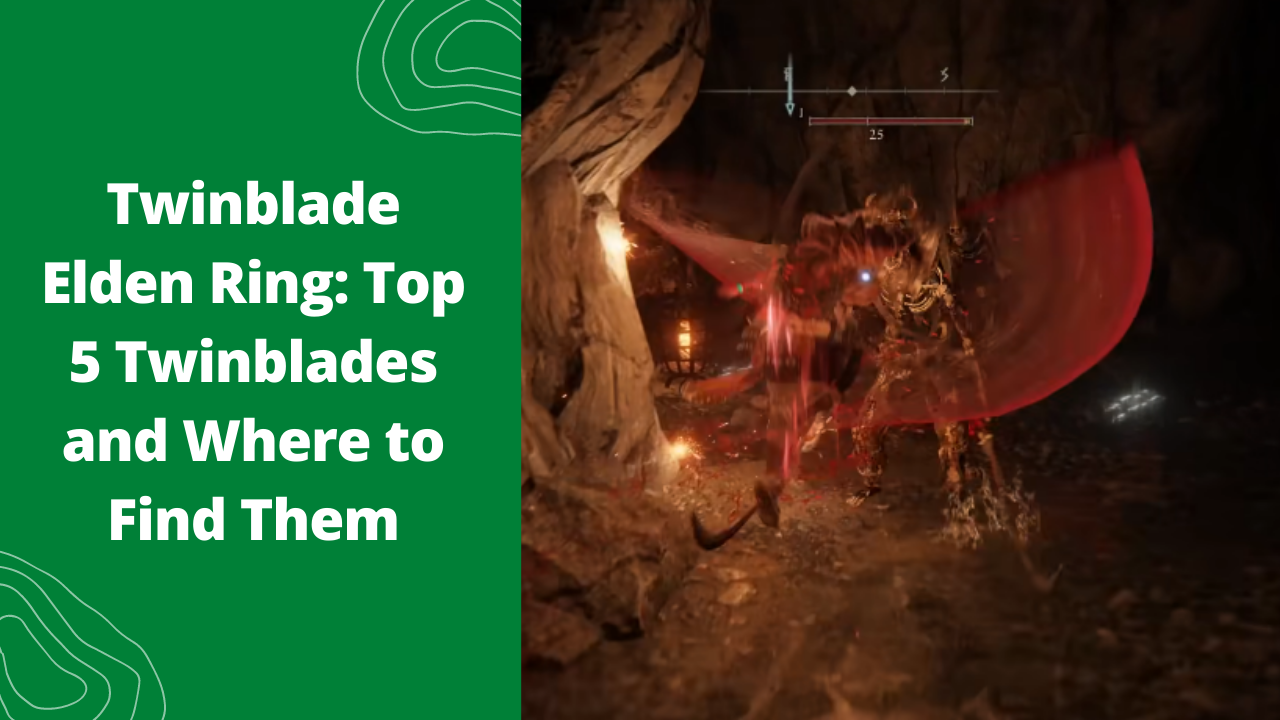 After selecting a class, you must choose a weapon type. Keep in mind that you can always experiment with a variety of different weapons throughout your journey, as long as they are found within Elden Ring’s vast open world.

Twinblade is one of the game’s more agile weapons, allowing players to execute attacks more quickly than with heavier weapons. While heavy-hitting weapons require you to time your attacks to avoid being exposed, the Twinblade may force you to improve your close-range juking skills.

Eleonora’s Poleblade, discovered after defeating an NPC invader at Altus Plateau’s Second Church of Marika, is arguably the most attractive Twinblade in existence. It deals physical and fire damage in equal parts and is capable of causing a bleed in the absence of any additional buffs or infusions. It even has a unique and powerful attack that spins and hits multiple times. Normally, the weapon’s only disadvantage would be its inability to swap out its Ash of War. However, the Poleblade currently suffers from a bug that disables scaling completely, resulting in it dealing very little damage even when upgraded. This effectively negates the weapon’s high stat requirements, relegating this otherwise fantastic weapon to the bottom of this list.

If this bug is fixed, Eleonora’s Poleblade will be ranked significantly higher.

The Twinned Knight Swords can be put to use by players. This weapon is also available on the Altus Plateau, in the East Windmill Pasture. It has high strength scaling and high base damage, but by the time you obtain it, it is significantly outclassed. They’re much easier to obtain than the majority of the other Twinblades on this list, as they can be looted directly from a corpse. Even so, the Twinned Knight Swords are best used as a weapon to assist them in obtaining other Twinblades with increased damage and utility.

The Godskin Peeler is a one-of-a-kind Twinblade. It combines massive dexterity scaling with a unique strong attack, allowing players to propel the weapon forward in ways that no other Twinblade can. Additionally, it contains a unique Ash of War, Black Flame Tornado, which can be obtained only by defeating the Godskin Duo late in the game. To obtain the Peeler, you must defeat the Godskin Apostle in Altus Plateau’s Windmill Village. If you can defeat such a formidable adversary, this weapon is well worth the effort.

The Gargoyle’s Black Blades were unable to make this list. This weapon is only obtained very late in the game, and it comes with the disadvantages of high attribute requirements and an unchangeable Ash of War. The Gargoyle’s Twinblade, on the other hand, has none of these drawbacks, boasting extremely high base damage, incredible strength scaling, and surprisingly lax requirements. Additionally, skilled players can obtain it prior to visiting the Altus Plateau. The only drawback is the method of acquisition; the Gargoyle’s Twinblade drops exclusively from the Valiant Gargoyle boss in Siofra Aqueduct. If you can stomach the headaches caused by the formidable bosses that stand in your way, this weapon is a fantastic reward.

When all factors are considered, the best Twinblade in Elden Ring is the standard Twinblade. It is discovered early in the game and still outclasses the other Twinblades in a variety of areas. It has the smallest requirements and weight of any weapon in its class while maintaining fairly high base damage. Due to its early and easy discovery, players are likely to have upgraded this weapon to a very high level by the time they discover any other Twinblade. Even if this basic Twinblade is outclassed by its more powerful cousins, it will require an abundance of additional smithing stones for anyone who has been exclusively using this weapon.

Where is Twinblade located in Elden Ring?

To add the Twinblade to your collection, simply open the chest. Not only is the Twinblade a powerful weapon, but it’s also one of the more accessible ones, even if you’re still in the early stages of the game.

All you’ll need to locate Twinblade is a horse, as scaling brick walls is the most difficult part of obtaining the popular double-bladed Elden Ring weapon.