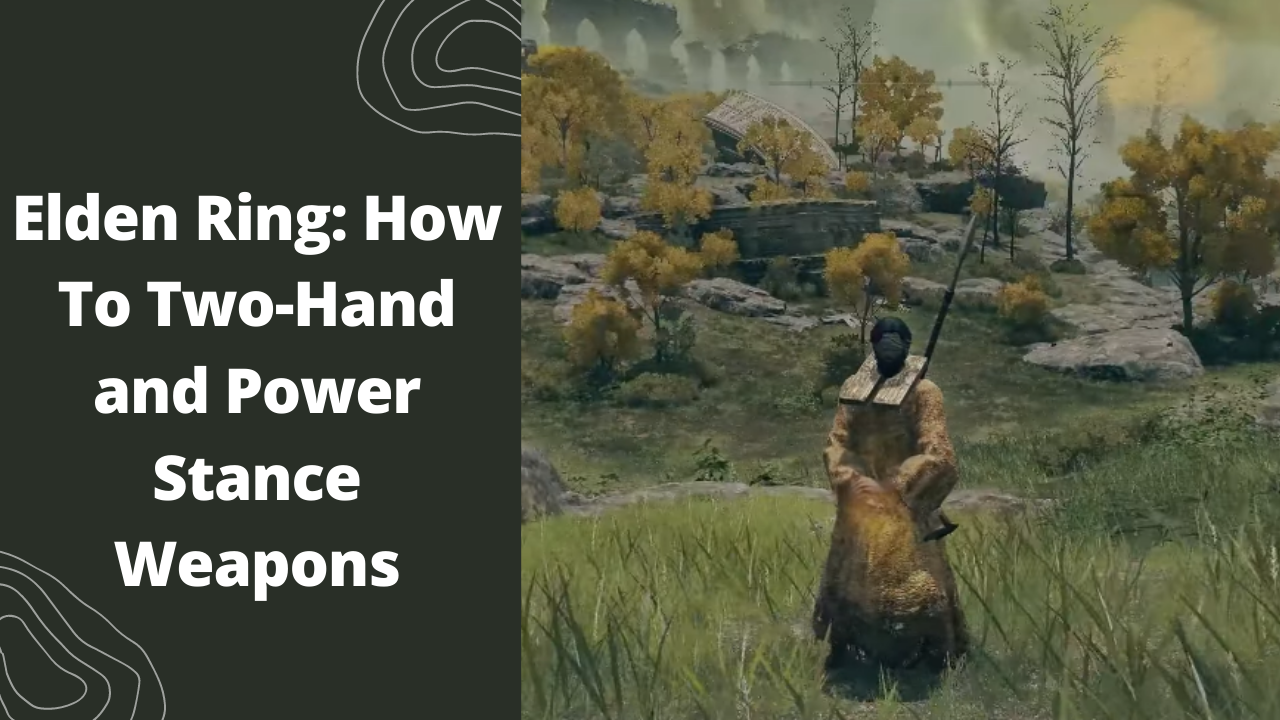 Two returning features will increase your damage output in Elden Ring. This guide will teach you how to use weapons with two hands, dual-wield/Power Stance.

If you’re a fan of FromSoftware’s previous titles, you may have some preconceived notions about Elden Ring’s combat system. One of these expectations is likely to be the ability to switch to a two-handed weapon stance in order to deal more damage – a feature that has been present in previous titles in the developer’s lineage, including Dark Souls 2, Dark Souls 3, and Sekiro: Shadows Die Twice. If you’re coming to this title from one of these other games with the expectation of being able to use weapons with two hands, fear not: you absolutely can.

How to operate two-handed weapons

Previously released From Software games allowed you to dual-wield your weapons by simply pressing Triangle on the PlayStation or Y on the Xbox. However, in Elden Ring, you must take an additional step to transition to and from a two-handed stance. PlayStation users can two-hand their right or left weapon by holding Triangle and pressing R1 or L1. On Xbox, these will be the Y and either the RB or LB buttons. Simply avoid accidentally two-handing your shield, as this is both possible and embarrassing.

How to Use Weapons in a Dual-Wielding/Power Stance

Dual-wielding – or adopting the Power Stance in Elden Ring’s parlance – is essentially when you equip two weapons of the same type in each hand. To accomplish this, simply select the same weapon in the equipment menu for your left and right hands.

When dual-wielding, L1, and R1 provide two distinct attack combinations. These vary according to the weapon you’re using, so experiment to find the optimal balance of strength, speed, and useful skills.

In the same way, as when you use two-handed weapons, the Power Stance approach leaves you open to attack, but the increased damage is often worth the risk, especially when you use quick weapons like swords.

Why should you use two-handed weapons?

There are a variety of reasons for using both hands when wielding a weapon, but the simplest and most obvious reason is that using both hands increases your attack power. While the increase in damage is not as substantial as you might expect, it is sufficient to make it a viable option when a shield is not required. However, because you will be without a shield in this stance, you should practice rolling out of the way of incoming attacks. This can be challenging against enemies who employ faster or slower windups, so don’t be discouraged if it requires some additional practice.

Dual-wielding a weapon in Elden Ring also unlocks new move sets. For example, you may have a greatsword that performs wide vertical attacks when held in one hand, but when held in two hands, it performs devastating slamming attacks directly in front of you, easily breaking an opponent’s guard. You’ll want to ensure that you’re always taking the most viable course of action given your circumstances. Two-handed swords can be used for more focused, forward-focused strikes, so think about using two swords instead of one.

Finally, two-handing the majority of fist and claw armaments automatically equips you with the weapon in both hands, providing you with a dual-wielding move set capable of dealing massive amounts of damage to your opponents. Your Wolverine fantasy comes alive when you kill a lot of people with deadly claws in each hand quickly.