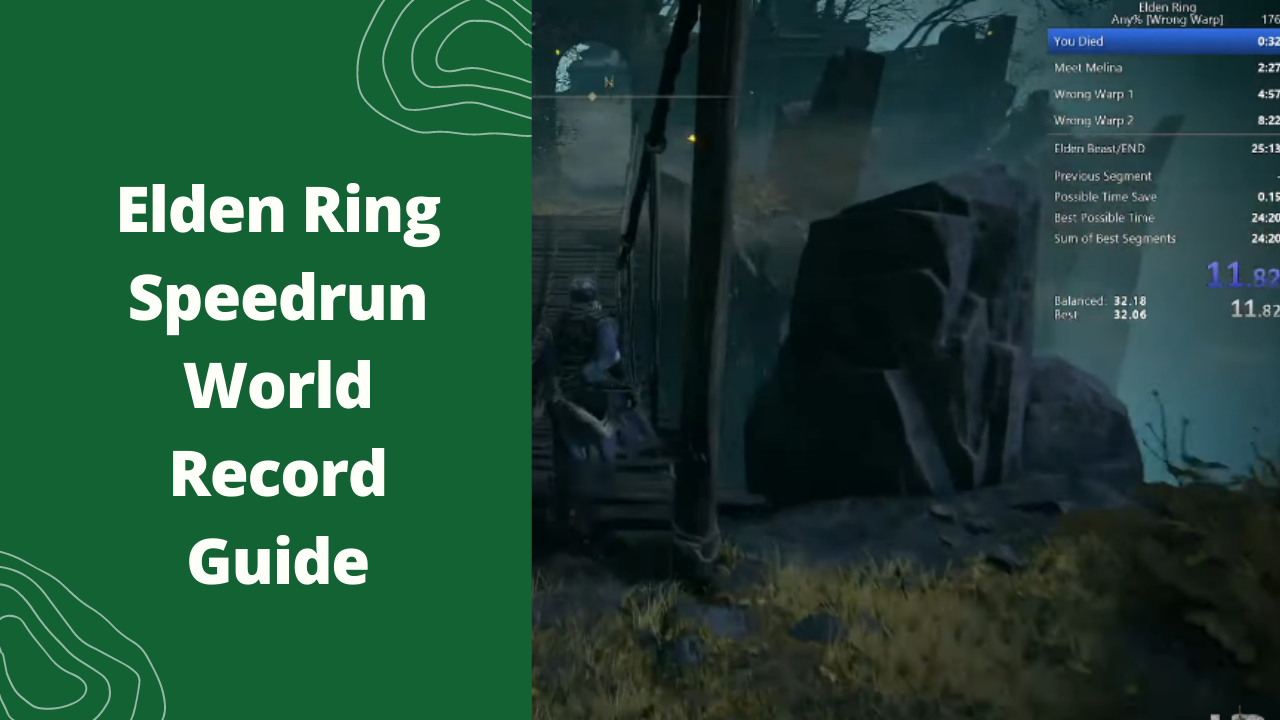 This speed run was accomplished by Distortion2, who just broke the 30-minute barrier with a pace of 28:59.

This is an any-percent speedrun, which means that any flaws or vulnerabilities the user discovers and exploits are fair game, and several are used to speed up the run.

The basic order of events that Distortion2 addresses are as follows:

Their approach is rather fascinating and avoids many of the game’s major bosses.

However, this is a speedrun, and one of the primary ways Distortion employs is the Ash of War, Hoarfrost Stomp, which has been dubbed one of the finest in Elden Ring.

We’re certain that we’ll see several other speedruns in the following days, so make sure to come back frequently to this page, as further speedrun masterpieces are certain to occur.

Speedrun records of the Elden Ring

Below are all of the Elden Ring speedrun records:

The first successful Elden Ring speedrun occurred on March 9, 2022, when niko bellic completed the game in under 2 hours and 35 minutes, without dying a single time. Simply being able to play Elden Ring without dying is incredible in and of itself.

While niko’s accomplishment is unquestionably amazing, numerous more speedrunners set out to break it. Someone did it in a couple of hours.

The next day, YouTuber LilAggy became the first to break Nico Bellic’s record, clocking in at 59 minutes and 38 seconds. Additionally, this run had no fatalities and astounded the community. Below is a video of his really fantastic run:

LilAgg’s reign, however, was short-lived, since another Elden Ring speedrunner was about to set their own record.

Before LilAggy could revel in their victory glory, speedrunner Distortion2 broke their record by more than ten minutes, finishing Elden Ring in an incredible 49 minutes and 29 seconds.

At the time of this writing, Distortion2 holds the record for the fastest Elden Ring speedrun. We expect more speedruns of the game to come out soon.

Not long after we released this piece, Distortion2 smashed his own record! His subsequent speedrun took a mind-boggling 37 minutes and 15 seconds. Here is the man himself accomplishing this incredible accomplishment.

Distortion 2 breaks his own record

Distortion2 has continued to break his own Elden Ring speedrunning records, currently clocking in at 33.55 and his most recent mark of 28 minutes and 59 seconds. The YouTuber has already smashed his own world record three times and continues to improve his speedruns at the Elden Ring.

Below is a video of his most recent and spectacular speedrun:

Why are Souls games so well-suited for speedrunners?

Due to the vast number of pathways and possibilities available in Souls games, speedrunners like them. FromSoftware’s games are densely packed with shortcuts and secrets that are great for speedrunning. People who know the geography and structure of these games will know that there are ways to skip important parts and get to the endgame material early.

This is why speedrunners focus on Souls games and compete to complete them in the shortest amount of time feasible. Even the original Demon’s Souls on the PlayStation 3 was a haven for speedrunners. Dark Souls, the game’s sequel, was also a favorite for speedrunners. The world record was set at 21 minutes and 17 seconds.

Bloodborne’s record stands at 21 minutes and 15 seconds. Elden Ring is a significantly larger game than anything else FromSoftware has released, but we’re sure speedrunners will have much more to show us before they’re finished.