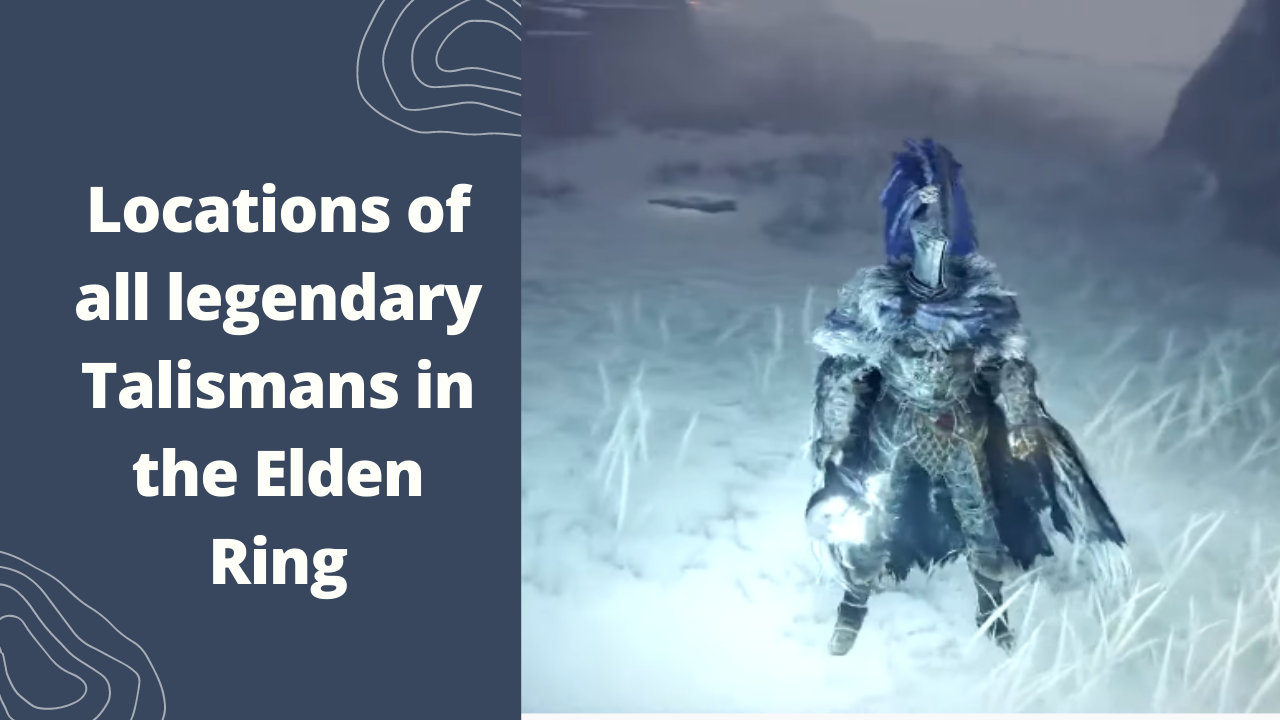 This list details the locations of all the Elden Ring Legendary Talismans. There are a total of eight legendary talismans. Talismans provide passive benefits and stat bonuses to the wearer. The legendary ones are the game’s greatest. Additionally, you may have another player drop all of them for you in co-op to spare yourself the time and effort of searching. The Legendary Talismans trophy and achievement are unlocked by locating all of them.

Talismans of the Elden Ring

It can be found in the Raya Lucaria Academy. You enter this location through the South Raya Lucaria Gate, then go through the Academy and battle the boss “Red Wolf of Radagon” to reach the Debate Parlor. Proceed directly outdoors from the Debate Parlor Site of Grace. Then immediately turn right and go around the corner to the balcony. Ascend the staircase and look for it in a chest on the large balcony.

Greyoll’s Dragonbarrow, Fort Faroth may be located in North Caelid. See? How to go to Caelid’s North. You’ll see it behind the wooden wall as you enter the fort. Ascend the ladder to the roof and plunge into the last hole (not the first one). Following your descent, you are assaulted by a blue ghost. After that, go ahead to where the bats are, but rather than falling down, leap to the ledge on the right, which will bring you to this item.

Players interested in obtaining this legendary talisman must go to Nokstella, the Eternal City Site of Grace. This will occur during Ranni’s questline in Elden Ring, and the following is the path from the Site of Grace:

Instead of following the bridge towards the Beast Clergyman monster in Crumbling Farum Azula, walk the other way, down a ladder, to discover it at the end of that road. Crumbling Farum Azula is the place that you visit at the conclusion of the tale, after fighting the Fire Giant and speaking with the girl at the Forge of the Giants’ site of grace.

Elphael’s (see How to Reach Elphael) Continue falling down from the Prayer Room place of grace until you reach the lowest region. There is a gate there that requires the use of a Stonesword Key to unlock. It is located indoors, near an altar.

Elphael’s (see How to Reach Elphael) Beginning at the Drainage Channel’s location of grace, run on the roots and leap through the roof hole into the chapel. You’ll find it in a chest on the balcony.

This talisman can be gained only when the capital is deserted (endgame, after defeating Maliketh, the main boss in Crumbling Farum Azula). From the Forbidden Lands east of the capital, return to the capital, take the elevator down to the ground level, and look for the elevator on a dead tree.