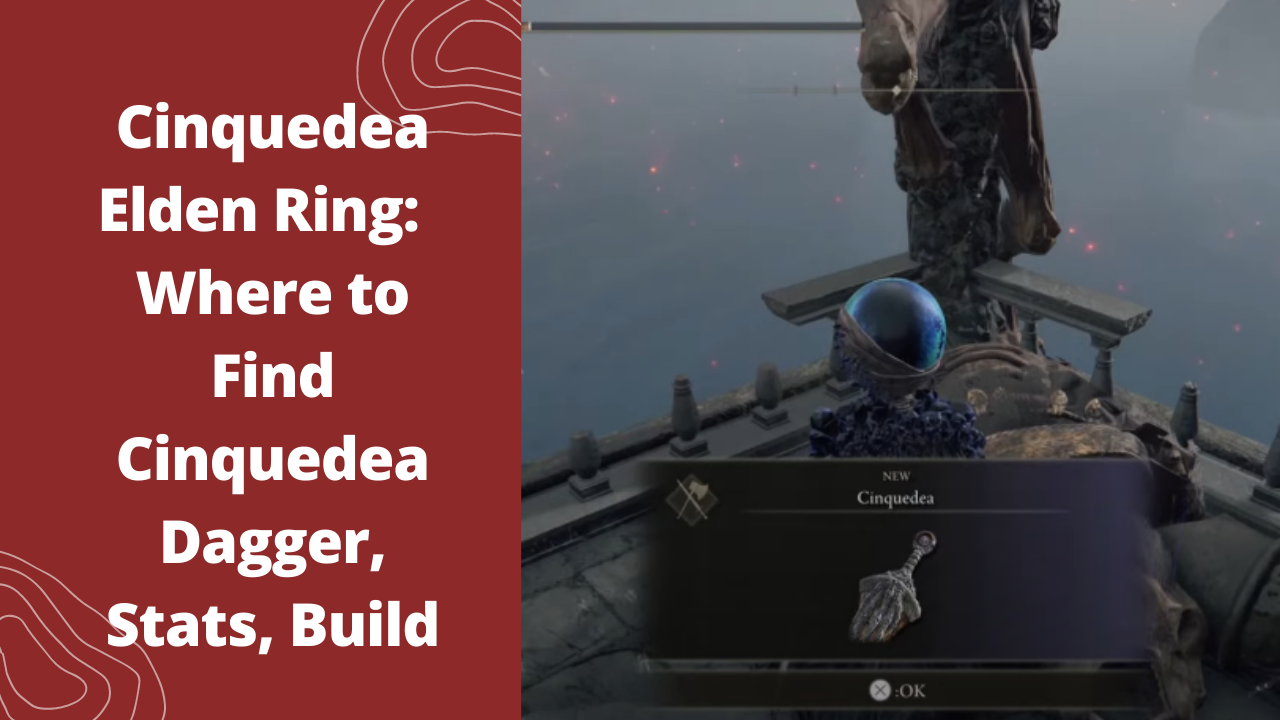 Players in Elden Ring will spend a significant amount of time exploring the area and fighting gigantic enemies, and you will frequently find yourself outmatched. As you get further into the game, you’ll need to make sure that you can strike quickly, forcefully, and purposefully. While the concept of a dagger may not inspire you, you’ll be able to get your hands on a fantastic weapon that allows you to move and strike with precision while doing reasonable damage to your opponents.

Those in search of such a dagger should look for the Cinquedea Dagger, and by following along with us, you’ll be able to learn where to find it, how to use it, and what it can do for you during your quest to become an Elden Lord.

Weapons called Daggers can be found in Elden Ring. Cinquedea is a type of weapon called a Cinque. It goes up with Strength, Dexterity, and other things that make you strong. If you want to fight at a distance, this weapon is a good one to use. It is a short sword that is given to high-ranking clergy from Farum Azula. It makes bestial incantations more powerful. Cinquedea is a design that celebrates a beast’s five fingers, which is a symbol of how much intelligence its kind had when it was young.

How to obtain the Cinquedea in the Elden Ring?

In order to earn the Cinquedea in Elden Ring, players will need to complete a particular number of stages. The dagger is not something that can be obtained early in the game, and players will need to accomplish a significant portion of the game’s narrative arc before obtaining it.

As a result, in order to obtain the dagger, the Elden Ring Tarnished must:

For players who have put a lot of effort towards dexterity and faith in Elden Ring, the Cinquedea has become a must-have. The weapon is one of the most powerful daggers, despite its difficulty in obtaining it.

In the Elden Ring game, the greatest builds with the Cinquedea Dagger weapon are shown here.