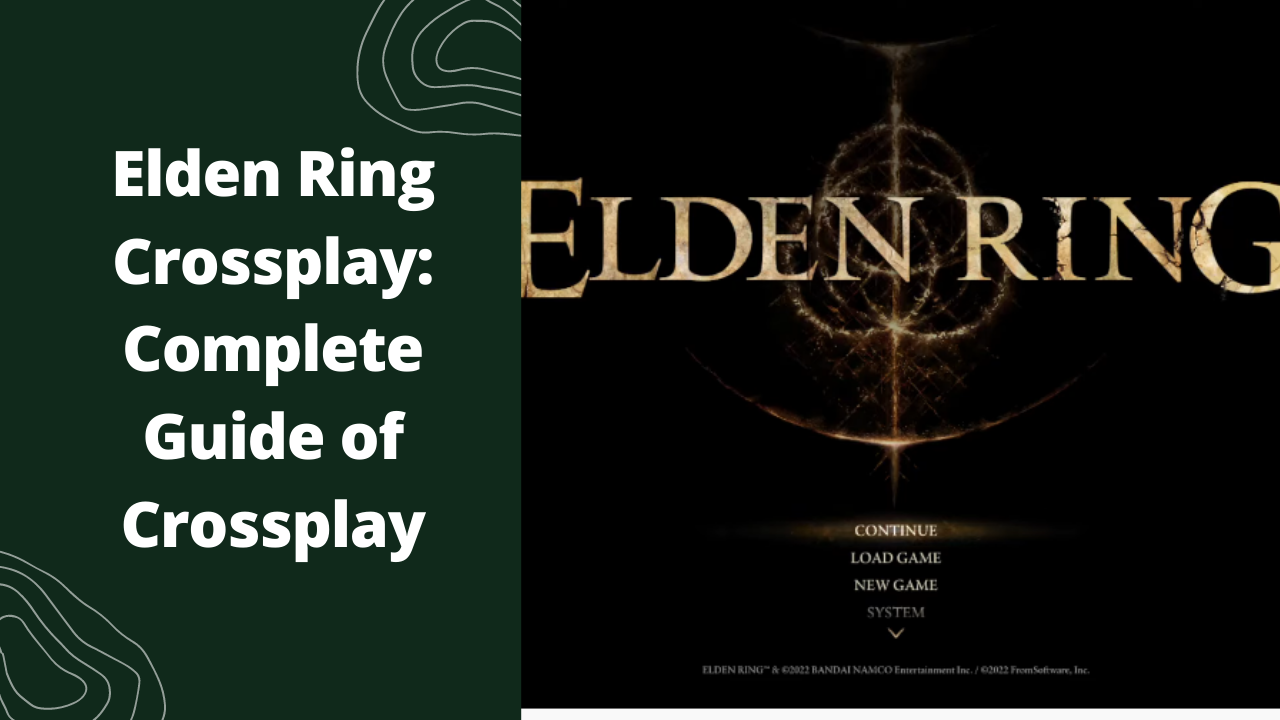 Elden Ring crossplay is something of a hard subject. The game’s multiplayer is comprehensive, featuring both co-op and PvP. However, it’s a bit limited in who it will allow you to play with.

FromSoftware’s proclivity for strong bosses and complex opponent encounters means that obtaining a helping hand is always a wonderful choice, particularly if you’re stuck. Elden Ring is no different from previous games in the developer’s back catalog. It contains some harsh difficulty spikes, so there’s no shame in asking for assistance.

That said, it’s becoming standard for crossplay to be included in most recent online games. That begs the issue-does Elden Ring enable crossplay Here’s all you need to know about the game’s crossplay possibilities and the likely future for the feature.

Does Elden Ring Have Cross-Play?

Unfortunately, Elden Ring does not offer Cross-Play. That is a big shame since we enjoy multiplayer and love playing this fantastic game with our pals. Yes, Elden Ring is largely a single-player game, and that is how you should enjoy most of the game. But it may be lonely out there, you know? Having a buddy by your side is not only great fun but can also make some of the harder bosses in the game a lot simpler.

However, PlayStation users cannot play with Xbox or PC users and vice versa. Elden Ring, on the other hand, does encourage cross-generational gaming. We’ll demonstrate what this entails.

On this, we have no idea. Bandai Namco and FromSoftware have not issued an official statement. Not even a hint of the possibilities down the road, so it’s not looking good right now.

Based on precedence, probably not. Until now, no “Soulsbourne” game has supported crossplay. Sekiro: Shadows Die Twice, the studio’s previous cross-platform title, was never featured.

There is currently no reason to think that crossplay will ever make its way into the game.

That said, the feature has grown far more prominent since the release of Dark Souls 3, so there is a chance it may be explored in the future. For the moment, though, do not anticipate it.

How Does Elden Ring’s Multiplayer Work?

It functions similarly to the Dark Souls games in that players may be called by other players using in-game signals. Additionally, players may invade other games for some PvP action. The major difference between this and the Dark Souls games is that there are no prerequisites for multiplayer. That is, although consumables are still required, they may be simply manufactured in Elden Ring. You no longer possess humanity or embers, as you did in Dark Souls 1 or 3. That is an excellent adjustment that makes multiplayer more accessible and user-friendly. It’s even more unfortunate that Elden Ring does not enable cross-play, limiting our capabilities and potential player base.

Elden Ring supports what is known as “cross-gen” play, which allows players to play the game alongside someone from the same console family. You can play together if you’re on Xbox One and your buddy is on Xbox Series X, for example. The same restriction applies to customers purchasing on PlayStation 5 and PlayStation 4. If you have a buddy who already has a PS5 and you don’t, you may plan on purchasing the PS4 version.

Elden Ring does not enable cross-play in its entirety. If you’re using a PlayStation system, you’ll be limited to playing against other PlayStation users. The same is true for the Xbox and PC.

One pleasant perk is that if you don’t currently own a new console but want to start playing Elden Ring, the bundle offers a free current-gen upgrade within the same console family. Start it on Xbox One and get the Xbox Series X|S version for free through Smart Delivery. The same holds true for PS4 to PS5, albeit you’ll likely need to double-check your download due to the lack of a smart delivery mechanism.