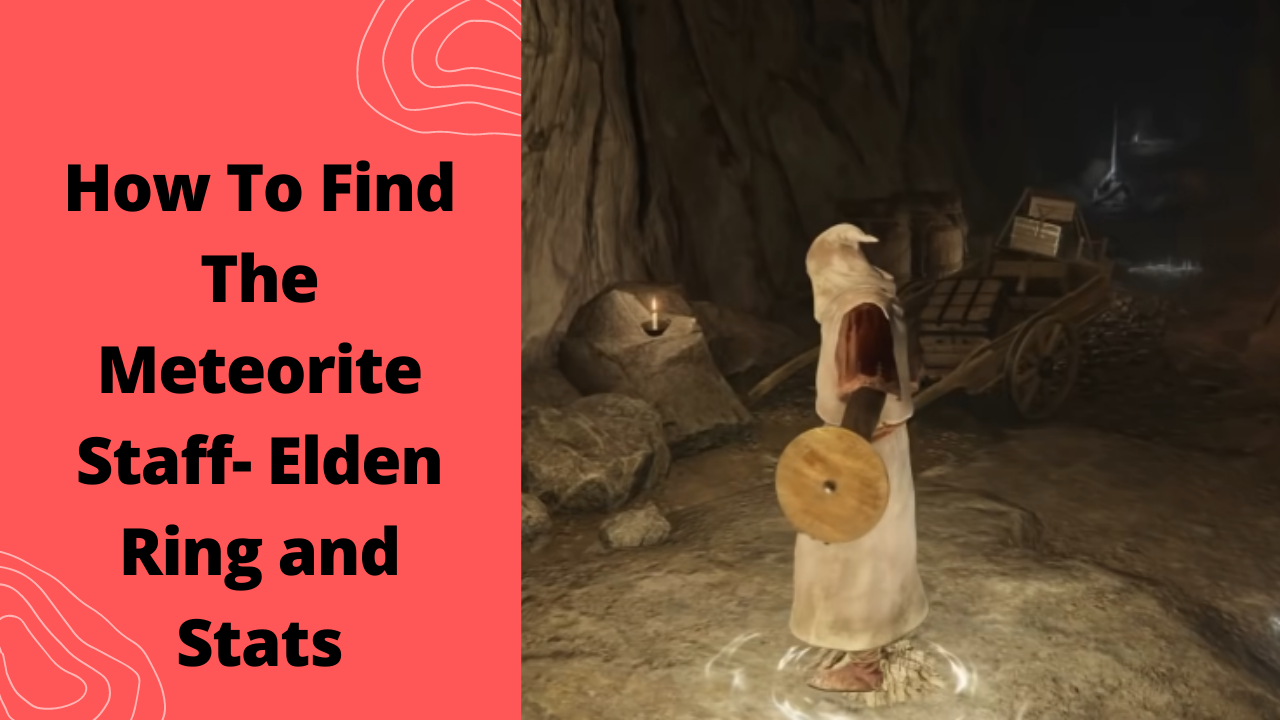 The Elden Ring Meteorite Staff is one of the best weapons for magic up until the mid-game point, which means you’ll want to keep it with you while exploring and leveling up. It passively boosts gravity-based spells, and its intelligence scaling is excellent, putting “glass cannon” builds at a significant advantage.

Because there is no way to upgrade the staff, you will eventually outgrow it. However, when combined with a strong gravity spell early in the game, it becomes invaluable. You’ll have to brave Caelid’s dangers to obtain it. However, it is possible to sneak in and seize the staff without encountering any adversaries.

The location of the Elden Ring Meteorite Staff

The Meteorite Staff is located in a ruined tower in the Swamp of Aeonia, at number one on the map. The simplest route is via the Sellia Crystal Tunnel Site of Grace at number 2, which you were probably teleported to early on due to a booby trap. If that has not occurred yet, you can attempt to ride out there from Limgrave (or find the basement area in the Dragon-Burnt Ruins in Limgrave and open the chest for a surprise).

Regardless of how you get there, stock up on preserving and neutralizing boluses to combat Scarlett Rot and poison. The Swamp is filled with red water that will infect you with Scarlett Rot. Once the status bar fills, you will take constant damage until you cure it, rest at a Site of Grace, or die. Numerous adversaries in this area will employ poison-based attacks as well, necessitating preparation for both.

However, there are numerous islands and small landmasses that you can use to prevent Rot buildup. Additionally, you can ride Torrent across the water, although

It will suffer damage and eventually die if exposed to an excessive amount of rot. In the worst-case scenario, you can still run between the lands on foot, pausing to allow the buildup to subside before continuing.

You’ll need to enter the map’s dark recessed area and hug the cliff face until you reach this structure:

There will be a body hanging from one of the windows, displaying an item. That will be the Meteorite Staff when you arrive. Approach with caution, as there are fungus priests and flowers that will all launch poison attacks at you. If you have any ranged options available to you, this is the time to activate them.

Once inside the small tower’s base (which is densely packed with poison flowers, so proceed with caution), you’ll discover a Golden Rune (4) on a body just inside the door, as well as the meteorite staff on a body in the window.

The key feature of the meteorite staff is that it scales with intelligence and only requires an intelligence score of 18, which most sorcery users should achieve fairly quickly. Additionally, it amplifies any gravity sorcery you may be using.

The disadvantage is that this staff is not capable of using Ashes of War or being upgraded in any way. It’s the best it’s ever going to be. Thus, while it’s an excellent early-game acquisition, you’ll want to swap it out for something else that you can level up and improve later.

Stats for the Meteorite Staff

Here are some of the things you can expect from the Meteorite Staff.