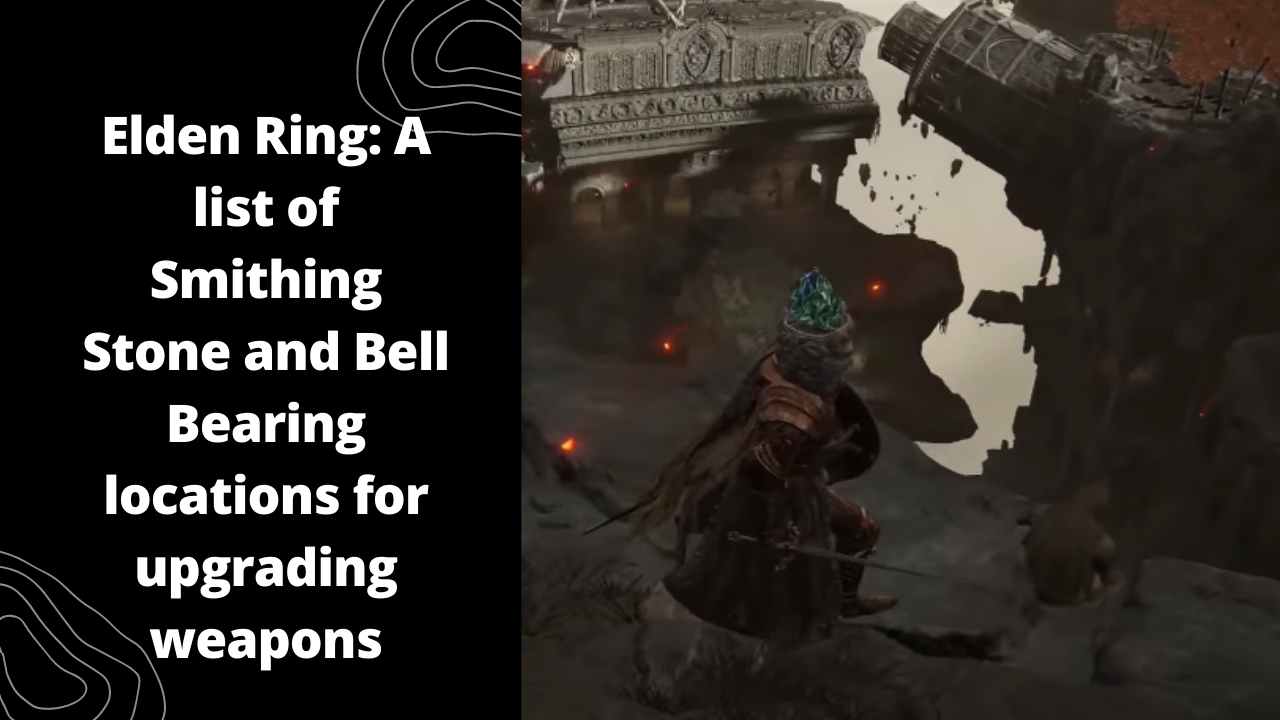 Being able to obtain Elden Ring Bell Bearings enables you to purchase additional items from the Twin Maiden Husks. Perhaps most significantly, infinite Elden Ring Smithing Stones will eventually be available, making it significantly easier to upgrade your Elden Ring weapons. However, they sell significantly more and are almost certainly one of the game’s best merchants. That’s because you can augment their inventory throughout the game by bringing them Bell Bearings obtained from the world’s bosses and deceased NPCs. However, in true FromSoftware fashion, it is unclear where or when Bell Bearings will appear in Elden Ring. Therefore, if you do not wish to leave anything to chance, this is precisely where you will find them.

Smithing Stones can be difficult to come by, especially early on in your journey through the Lands Between. Fortunately, there are some locations where the Smithing Stones are most likely to appear. For instance, there are mini-dungeons labeled “tunnels” (for example, the “Limgrave Tunnel”) that contain several Smithing Stones trapped inside orange or silver crystals scattered throughout the dungeon’s walls. Additionally, the further you travel outside of Limgrave, the more advanced Smithing Stones you will encounter.

Smithing Stones are not only found in caves and mines. They can be found throughout the open world, in treasure chests, and as loot dropped by enemies and bosses. If you want to ensure a constant supply of Smithing Stones, you can purchase them from the Twin Maiden Husks NPC in the Roundtable Hold hub area. These merchants, however, will only sell the stones if you provide them with special key items known as “Bell Bearings.” These extremely rare key items are typically held by mini-bosses or hidden in chests found in the more difficult dungeons of the game. Additionally, a separate guide contains additional information about Smithing Stones and their locations.

As far as we know, there are at least twelve Bell Bearings scattered throughout Elden Ring, with additional ones available depending on how merchants behave in your game.

Smithing Stone Miner’s Bell Bearing (1): This item is a reward for defeating the Crystalian boss in Raya Lucaria’s Crystal Tunnel. Unlocks Smithing Stones (1) and (2) for sale, as well as Glintstone Scrap.

Somberstone Miner’s Bell Bearing (5): Discovered on a corpse in the abandoned temple on the north side of Crumbling Farum Azula. Unlocks the Somber Smithing Stone (9), which is available for purchase.

Ghost Glovewort Picker’s Bell Bearing (1): Discovered on a corpse in a Gazebo near the entrance to Nokron, Eternal City. Unlocks the Ghost Gloveworts (1), (2), and (3) for sale.

Bone Peddler’s Bell Bearing: A reward for defeating the Bell Bearing Hunter boss that appears at night in the Warmaster’s Shack. Unlocks the sale of Thick Animal Bones and Hefty Beast Bones.

Additionally, any special merchants who are killed (either by the store, by enemies, or even by the player) almost always drop a Bell Bearing where they stood. This can then be brought to the Twin Husks to effectively recreate the merchant’s stock, allowing you to continue purchasing those items even after the merchant has died.

Of course, the best feature here is that you can purchase an infinite number of Smithing Stones, though the better ones are not cheap. However, it will save you time exploring the world in search of them and significantly expand your options for upgrading various weapons.

Bell Bearings: What to do with them?

Any Bell Bearings discovered should be brought to the Twin Maiden Husks in the Roundtable Hold, a pair of desiccated figures leaning against one another in the darkroom just beyond the hallway outside Ofnir’s library. They’ll have a very limited supply that occasionally expands upon defeating certain bosses, but you can speak with them at any time to add Bell Bearings to your inventory. These tiny balls will never run out of stock, and don’t worry about losing the Bell Bearings; they serve no other purpose and should always be handed over.