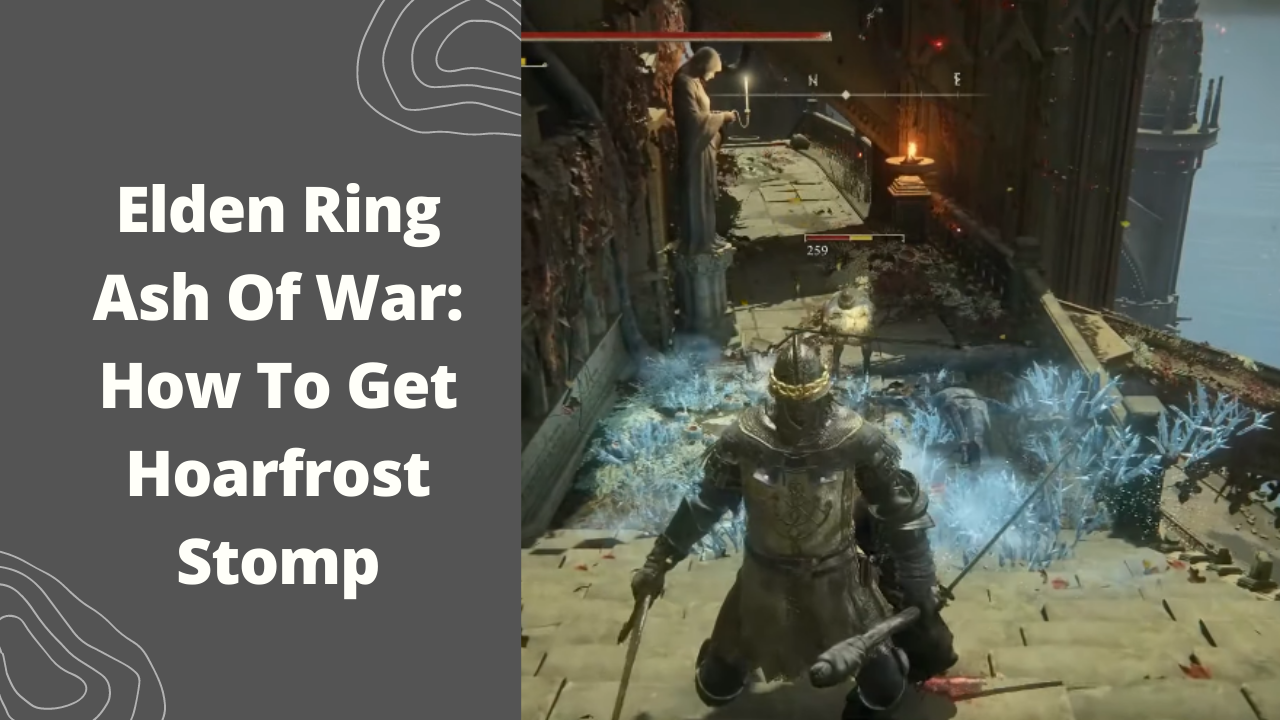 Are you on the lookout for the Hoarfrost Stomp in Elden Ring? Although this specific Ash of War is tough to locate, it is certainly worth the quest. It’s a Cold Ash of War that normally does frost damage, adds D-tier intellect scaling, and reduces strength and dexterity by one. Hoarfrost Stomp is a universal strike that works on all kinds of weapons and has an AOE effect, so let’s learn how to get it.

Elden Ring from Sofware’s Hoarfrost Stomp was just published, and it has caught the gaming world by storm. The game was developed in collaboration with fantasy author George R. R. Martin, who supplied the setting material, and was launched on February 25. It is compatible with Windows, PlayStation 4 and 5 consoles, Xbox One, and the Series X and S. The game received widespread acclaim for its open-world concept and tweaks to the Souls gameplay. As a result, the game includes a large number of equipable items, like the Hoarfrost Stomp. Continue scrolling to discover more about the game’s item.

In Elden Ring, how to get Hoarfrost Stomp

The Hoarfrost Stomp Ash of War is found in a tiny lake east of Caria Manor, north of Liurnia of the Lakes. To get it, players must first go to the main Caria Manor Gate Site of Lost Grace (the closest bonfire) and then east until they reach the area’s solitary lake.

When players approach the lake, they will see frozen footprints walking on the surface of the water.

These are the footprints of an unseen Teardrop Scarab. Players must track them and attempt to learn their patterns before attempting to land a strike on the moving target.

Players will eventually get the Hoarfrost Stomp Ash of War by scoring a strike on the Teardrop Scarab.

How to Use Elden Ring’s Ashes of War?

If you wish to learn a new talent, whether it’s the quickstep ability or other Ashes of War ability, you must equip it. Changing Ashes of War is possible at any Lost Grace location or at the Blacksmith at the Roundtable Hold. Additional whetblades may be collected, allowing for the equipping of additional talents. To begin with, verify that a weapon is not designated as “special,” since it cannot be modified. Rather than changing skills, only upgrades are possible.