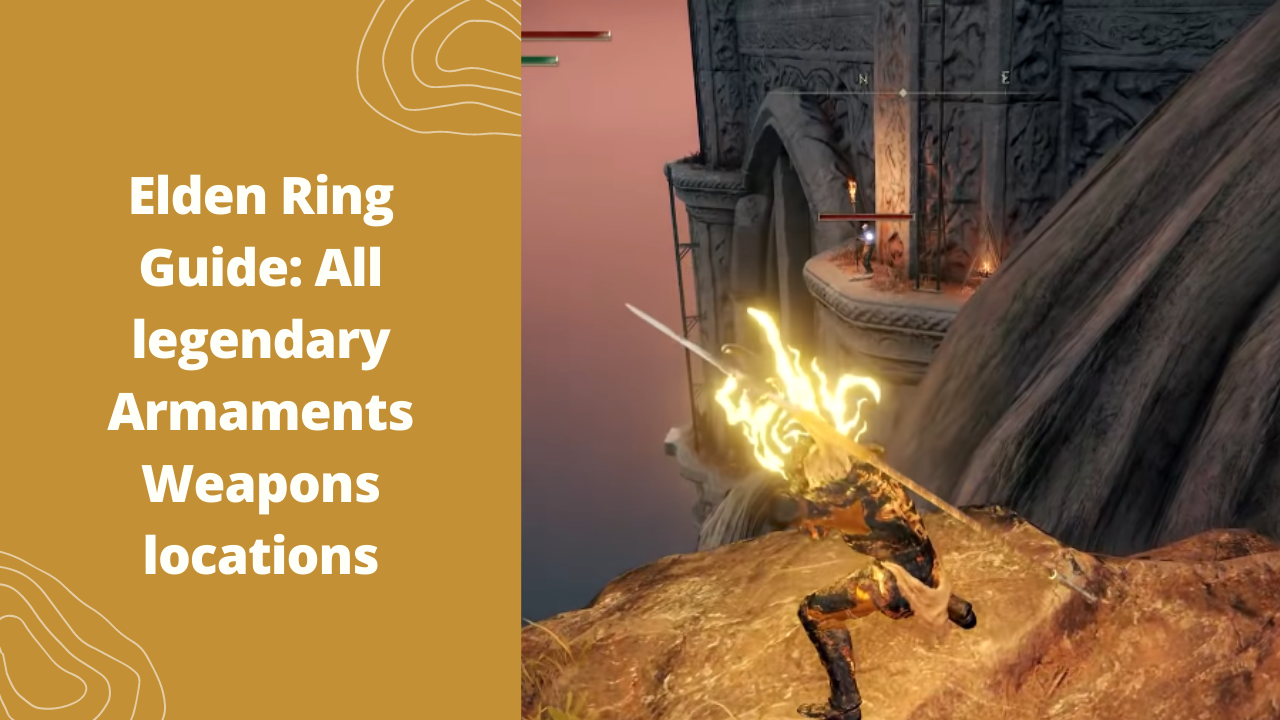 When killed, the NPC “Bernahl” drops it at the Warmaster’s Shack. In knight’s armor, he’s a merchant. Just assassinate him in the Warmaster’s Shack. Later in the game, he will leave. If you can’t find him here, look for him in Volcano Manor and assist him with his quest until he vanishes. Later, like a phantom, he will appear in Farum, down the ladder from the Great Bridge Site of Grace, where you can slay him for the Devourer’s Scepter. If you beat Shardbearer Rykard before acquiring the weapon from Bernahl, you may miss this. You may also perform this in New Game+ by going straight to Warmaster’s Shack, which you can reach in under 10 minutes. As a result, it isn’t a “real” missable because you can get to it relatively soon in the second game, and everything else is carried over.

Simply go south from the starting region until you reach the bottom of the map and Castle Morne to get your hands on the Grafted Blade Greatsword early in the game.

To get into the front door, you’ll have to avoid a giant’s huge arrows, but the opponent isn’t difficult to destroy as long as you have your horse! After resting at the Site of Grace, take the nearby elevator to the top.

You’ll find yourself in a crowded courtyard, but the good news is that you won’t have to battle many of them. Simply run straight to the end of the yard, turn right, and climb the ladder to the west.

Cross the bridge ahead from the castle wall, then drop down to the southwest to the Site of Grace, jumping to the grass below. From here, make your way down the castle, lowering down where you can until you reach the water’s edge.

Before you drop down to the Jellyfish region, there’s another Site of Grace, and you can see Boss Gate to the southwest.

Sword of Night and Flame

Run outside and left on the castle walls from the Manor’s Lower Level Site of Grace in Caria Manor. Just before you reach the third tower, jump to the building on your left and drop down to a ladder-equipped structure. Climb into the building by descending the ladder. You’ll find it inside a chest there.

The Ruins Greatsword is home to the Ruins of Redmane Castle, an island south of Caelid. You’ll have to fight Starscourge Radahn here before returning to the castle.

To reset the area, speak with the event announcer who launched the combat, then quickly travel to a nearby Site of Grace. To get this legendary armament, you’ll have to fight a Misbegotten Warrior and a Crucible Knight when you return to Redmane Castle.

Maria’s Executioner’s Sword deservedly made our list of the greatest Greatswords in Elden Ring. As a melee fighter, its special skill allows you to shoot your sword forward, giving you some much-needed range.

First and foremost, make sure you understand how to travel to the Altus Plateau. Then travel to the Shaded Castle, which is located in the far north of the region.

A very basic boss fight, Elemer of the Briar, awaits you here.

Simply enhance your Spirit Ash Summons to provide Elmer with a reliable distraction. By now, you should have the Mimic Tear Summon, which makes things a lot easier.

Go out the west door to the Erdtree Sanctuary, a place of grace, where there is an elevator to the lowest floor. Follow the route down, then leap over the left railing to the big golden spear protruding from the wall. To find this weapon, climb a short distance up the spear. This is missable: the Royal Capital is destroyed at the conclusion of the game, and the weapon is lost for this play, but you can have it dropped to you in co-op if you have a friend with the weapon. Alternatively, you can use New Game+ to rush back there.

Also Read: How To Get Hoarfrost Stomp Ash Of War: Elden Ring

You must first travel to the Mountaintops of the Giants in order to obtain the Eclipse Shotel. The weapon is close at hand after you arrive in Castle Sol to the north.

Straight into the castle, past the enemy patrolling the perimeter, and up the wooden stairwell. When you reach the top, continue straight north to the archway ahead, keeping an eye out for the flying opponent who will try to swoop in from behind as you enter the open.

Ascend the stairwell and run south, avoiding all of the adversaries who will try to stop you. Keep an eye out for the knight at the top of the steps and proceed straight into the chapel to the alter.

Your Eclipse Shotel will be waiting for you here!

The Dark Moon Greatsword is one of Elden Ring’s most challenging weapons to obtain. After all, rather than simply finding it on the map or beating a fight, you’ll have to finish a lengthy questline to access it.

It is, however, well worth your time.

The Godslayer Greatsword is obtained in a chest after the boss “Godskin Apostle” in the Divine Tower of Caelid. You must enter the tower via the roots that surround it. See How to Climb Caelid’s Divine Tower Once within the site of grace, you must descend multiple ledges to the tower’s base (platforming section). After you’ve killed the boss, open the chest behind him. This weapon doesn’t appear to be required for the trophy, although it’s unclear if obtaining it will count as an extra, allowing you to avoid a legendary. If you don’t obtain the trophy, try snatching it; nonetheless, it is 100% proven that it is not required for the award (it does show as a legendary weapon though when you pick it up).