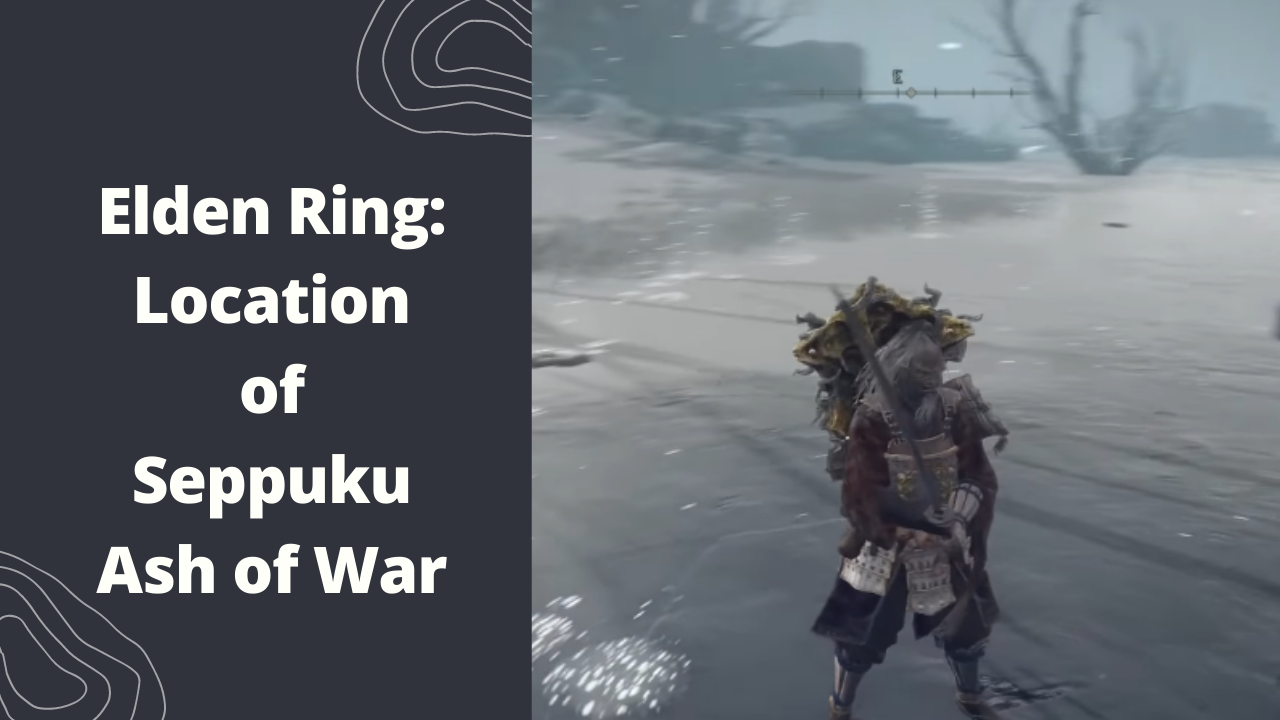 Are you on the lookout for the Seppuku Ash of War in Elden Ring? This “Blood Ash of War” is definitely worth the discovery because it scales strength, dexterity, and arcane abilities in addition to generating blood loss accumulation. If you’re utilizing a Bleed build, this is a weapon you’ll want to add to your armory, and here’s how to do it.

Ash of War: Seppuku enables your character to thrust their sword into their stomach, inflicting self-inflicted injury. It does, however, boost their assault strength and capacity to cause blood loss, which is advantageous.

Where to Find Seppuku in Elden ring?

You will have to wait an extended period of time to obtain this particular Ash of War. Seppuku is in the Mountains of Giants, which can only be reached by going to the Royal Capital, Leyndell.

These footsteps are those of an unseen Teardrop Scarab that is guarding the Seppuku Ash of War. To dispatch the scarab, you must stand alongside the path the footsteps take and wait for them to approach you. Begin striking furiously, somewhat before they get close to you. Hopefully, you’ll make contact with the scarab and obtain Seppuku. If you are not successful the first time, simply continue attacking, following the route of the footprint until you reach the scarab.