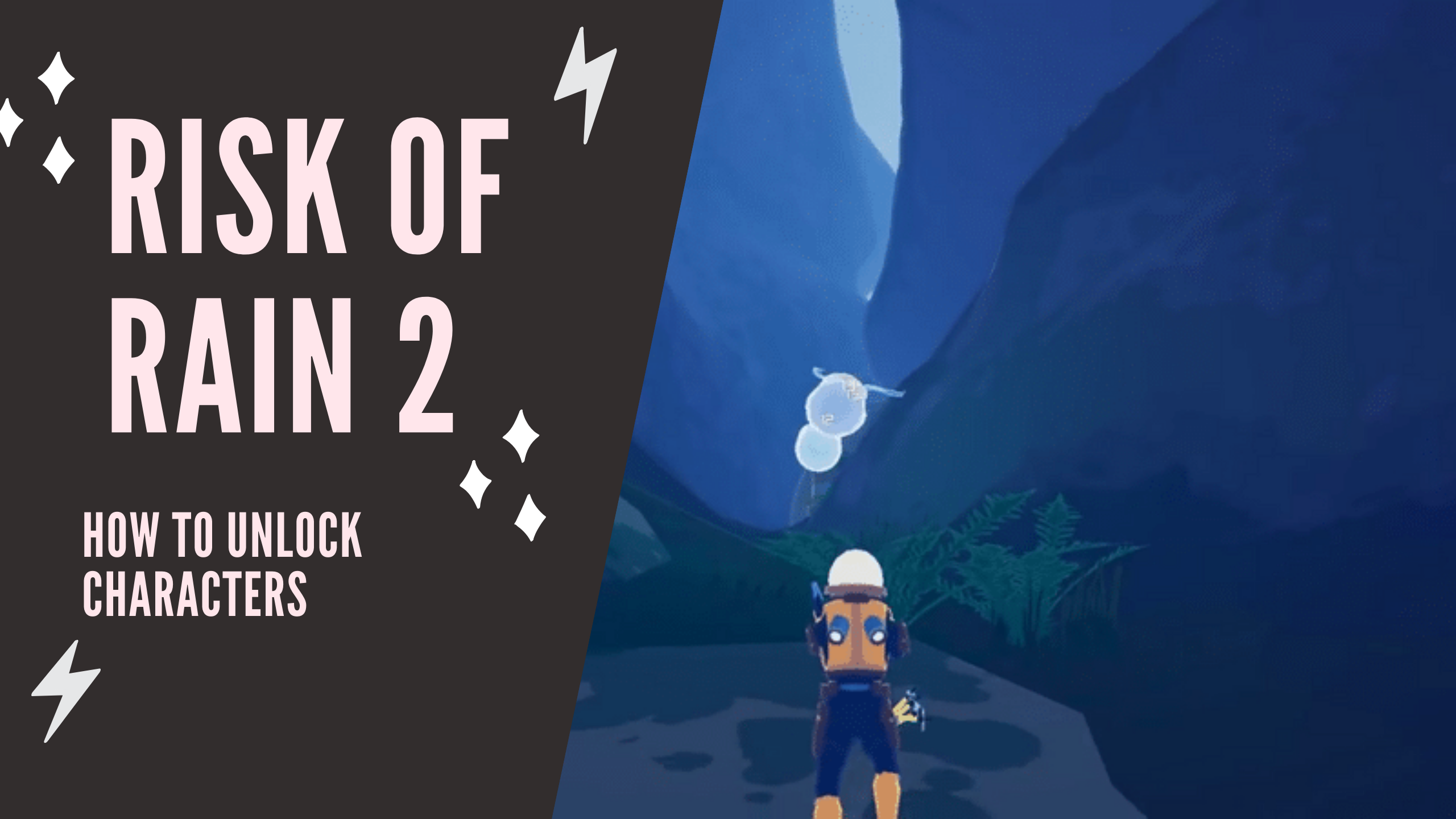 Hey, all passionate gamers our there! Have you played Risk Of Rain 2, that just released in the global gaming community? If yes, then you might have come across the difficulties and complexities of unlocking premium characters like Huntress and Engineer. And if you’re wondering how you can permanently unlock such characters, then you’ve landed on the right article. Today I’ll discuss everything you must know about Risk Of Rain 2 characters and how you can unlock them effortlessly. So, let’s dive straight into the fantasizing 3D world of Risk Of Rain 2.

If you aren’t already aware of this game

Risk Of Rain 2 is an almost-perfect 3D transformation of the 2D version it’s based on. And above all, gamers always appreciate exciting third-person titles anyways. With that said, this game had been shortly available as an early access version, and just recently, the game showed its full glory during the debut. It becomes more exceptional while playing with friends and gets more intense as you progress and earn new characters. However, unlocking them all isn’t any simple either. That’s why I’ve compiled a guide to each Risk Of Rain 2’s characters unlock methods.

During Early Access, only six of playable characters were unlocked; Commando, MIL-T, Huntress, Engineer, Artificer, and Mercenary respectively. Furthermore, four additional characters were introduced after global release, resulting in a total of ten characters. Therefore in this guide, we have described unlocking methods for eight mainstream characters. However, each character carries differentiated, as well as complicated unlocking styles. And not even the developers have clarified about each character unlocks in-game. Thus you must rely on helpful tutorials, like this one.

So, every method we’ll be discussing today is after Skills 2.0 patch and thus, we’ve updated our Risk Of Rain 2 character unlocks with the new Loader’s Quest. Previously, if you were missing anything, you’ll get that here itself. Commando, being the default character in the title, we opted for excluding that. Thus, here you’ll get seven following character unlock methods.

Risk Of Rain 2 – How to Unlock Characters

We’ll begin with MUL-T for being arguably the easiest character to unlock. Clear the first stage five times, and it’s yours. You can effortlessly unlock MUL-T just by playing randomly, and you’ll also be able to speed up the procedure by farming stage one. Simply begin your quest with Commando, play on easy difficulty, obliterate the first stage five times and MUL-T will be in your collection.

Theoretically, Huntress is even faster to unlock than MUL-T but requires extensive skills. All you need is to clear stage one, two and three in one run, and without dying for once. This applies to single-player gameplay, especially if you’re playing with easy difficulty. But, it works on multiplayer gameplay too. Either way, play it safe, and just like MUL-T, Huntress will be added to your collection also.

Similar to MUL-T, you can unlock Engineer passively while playing. To unlock this character, you must complete 30 stages, irrespective of what stages you clear, or what characters you use, or what difficulty you’re playing on. You could scrub the first stage 30 times or complete three consecutive ten-stage runs. Simply, keep playing and obviously, playing on easy difficulty will crank up the unlock process.

Now we’re gradually proceeding towards complicated unlock methods. To achieve the Artificer character, you must collect ten Lunar Coins and spend them to free Artificer from the ice prison inside the Blue Item Shop. While you defeat enemies, the Lunar Coins randomly drop from them, so just keep collecting until you earn ten. You can also ping and share your Lunar Coin wealth with your game-mates.

Once you’ve achieved sufficient Lunar Coins, you need to visit the Blue Item Shop, as I mentioned. The Shop can be accessed either via the exclusive portal which pops-up every time you defeat a boss or from the in-game home screen. If you visit the Blue Item Shop via the portal, you’ll get to visit the Special Item Shop before proceeding to the next stage. You’ll notice Artificer just next to the Newt-like merchant. Walk towards her ice prison and free her using ten Lunar Coins.

The Blue Item Shop portal shows up every time you defeat the boss. However, for visiting the Item Shop from the in-game home screen, you need to spend one Lunar Coin at the Alter of Newt. Thus, resulting in a total of eleven Lunar Coins spendings for unlocking the Artificer. This doesn’t require you to defeat the boss, though.

Unlike most other survivors, you can’t passively unlock REX while progressing naturally through the game. Instead, you have to undertake specific things sequentially. Start by retrieving the battery pack from your escape pod. The battery is an Equipment Item, so you’ll be notified once you get. Your target is to take the battery pack to the fourth stage, the Abyssal Depths, and spend to power the REX.

But before you start juicing up your REX, make sure that you’re having above 50% of health, otherwise, the battery will explode, and you’re done. Unfortunately, being there, you can’t utilize any Equipment Item for healing yourself up. To complete this quest, play safe, collect essential defensive and healing items and make your steps safely towards the Abyssal Depths.

I recommend using ranged characters like Commando or Huntress, as they both can dodge challenging situations and attack from a distance. Once you reach the Abyssal Depths, you’ll find the REX dormant on a platform near the peak. Slowly approach towards him, equip him with the battery pack, and it’s all yours.

After clearing the puzzle, you’ll notice a behemoth obelisk that allows you to Obliterate yourself. If you do the same, your run will end immediately, and Mercenary will be unlocked. However, there isn’t any shortcut for unlocking Mercenary. Playing easy will serve nothing but slowing down your quest. So, opt for your favorite character, start shooting and achieve Mercenary with straight fingers.

The Loader isn’t just the last character to unlock in our guide, but perhaps the most complicated and challenging one too. For unlocking the Loader, you must defeat the unique boss at the new area Siren’s Call. Don’t confuse this one with the Teleporter Boss, because it appears only after the short ritual of sorts. While being around Siren’s Call, you’ll notice small bluish dotted eggs.

After you’ve destroyed enough eggs, the boss will show up in the middle of the map. And I swear, it’s not easy to defeat him either. So, just keep playing until you roll Siren’s Call on your fourth stage. However, you can also access it via Newt Shop’s portals. And don’t forget to crack a few eggs, that’s required to clear the stage.

Excited, aren’t you? You’ve just learned about every tricks and trickery on unlocking important characters in Risk Ofain 2. So, what are you waiting for? Grab your PlayStation/Nintendo/Xbox controller and start exploring the 3D world of Risk Of Rain 2. Once you start enjoying this game, there’s no going back.