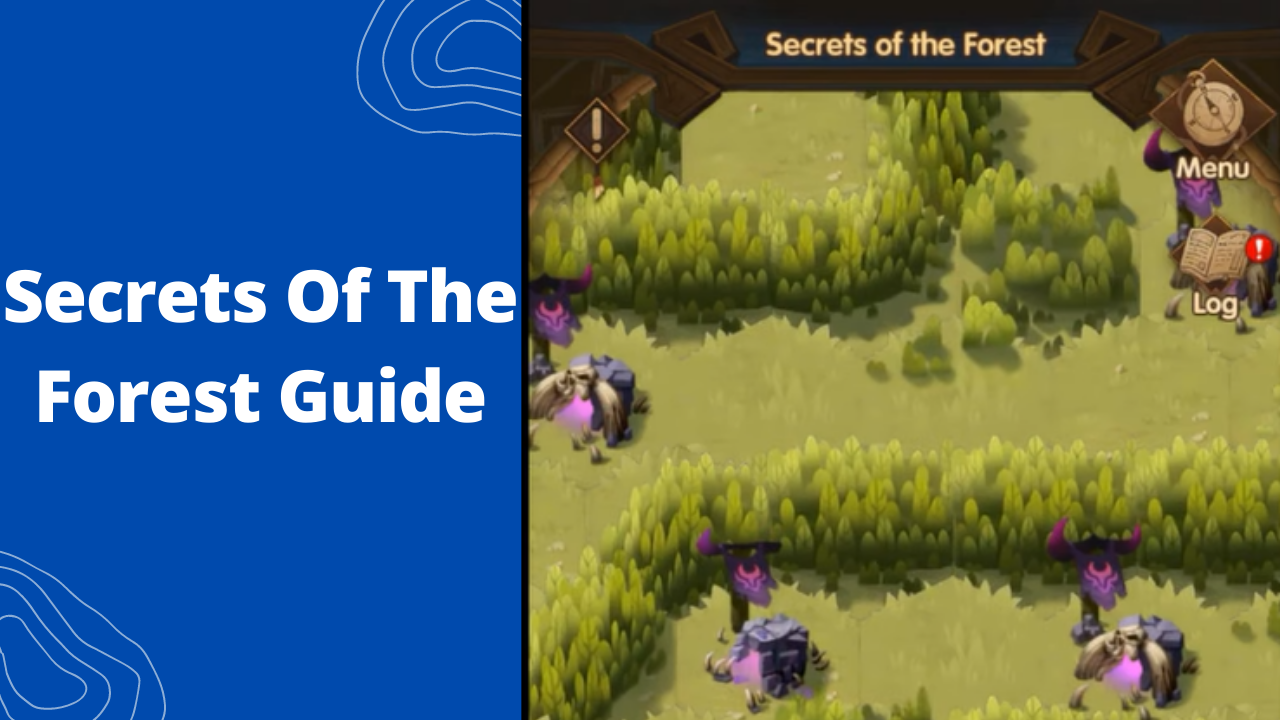 Congratulations on unlocking Peaks of Time’s third real, Secrets of the Forest.

There is a thorough tour of the entire realm here so that you may finish it as quickly as possible.

Hero levels of 125+ are recommended.

If you recall from before, there were riddles in the realms of Peaks of Time. In Secrets of the Forest, you’ll first come across a challenge of this nature.

To make matters more difficult, if you attempt to defeat each of your opponents while they are still developing, you’ll be forced to face them all at once, thereby ending your chances of getting the relic.

It’s as simple as following my advice and you will be alright Choosing the appropriate route rather than possessing the necessary hero levels is more important in this world than it was in the other ones in Peaks of Time.

Here’s the best route to take to get there before the vines have a chance to take hold.

Step 1: When you’re done with the initial combat, you should head up and then across to the realm on your left, as seen in the photo.

Before long you’ll come upon an army camp full of hired guns.

With his healing skills, Angelo from the mercenary camp should be your first choice as a support hero from now on. This will be extremely beneficial to you in the future.

Step 2: From here, you’ll climb to the center portion and choose your selection.

But don’t be alarmed if you see another vine growing since the last combat!

Everything is well, and we’re on track to deal with it.

Right now, all that has to be done is finish the current battle and move on to the next.

Step 3: This is the moment in the game where most players travel in the incorrect direction after defeating this boss.

Instead of turning right, you’ll head up. It seems counterintuitive right now, but trust me when I say it’s the proper option.

So what? You will be free to perform whatever on the map without the vines spreading any farther after that battle!

Step 4: Clearing the map is all that is required at this stage. When it comes to completing Secrets of the Forest, there is no specific order or tactic to follow. Choose relics with healing or life-leaching properties and choose the heroes you utilize properly so they can counter the other side and you’ll be ok.

Step 5: BUT! Finishing the boss in the bottom left of the screen is not the appropriate strategy. To get access to the last Crystal Chest and the upper left corner of the map, you must utilize a squad comprised of wilder characters. A wilder team is the only one you can employ to take out numerous enemy heroes after you’ve finished the combat.

With a squad that could take out all the heroes save one, I found that it was the best way to learn about combat strategy. No other faction hero can be used in between the 5 wilder heroes you have!
Once you’ve reached this stage, you’ll be able to finish Secrets of the Forest.