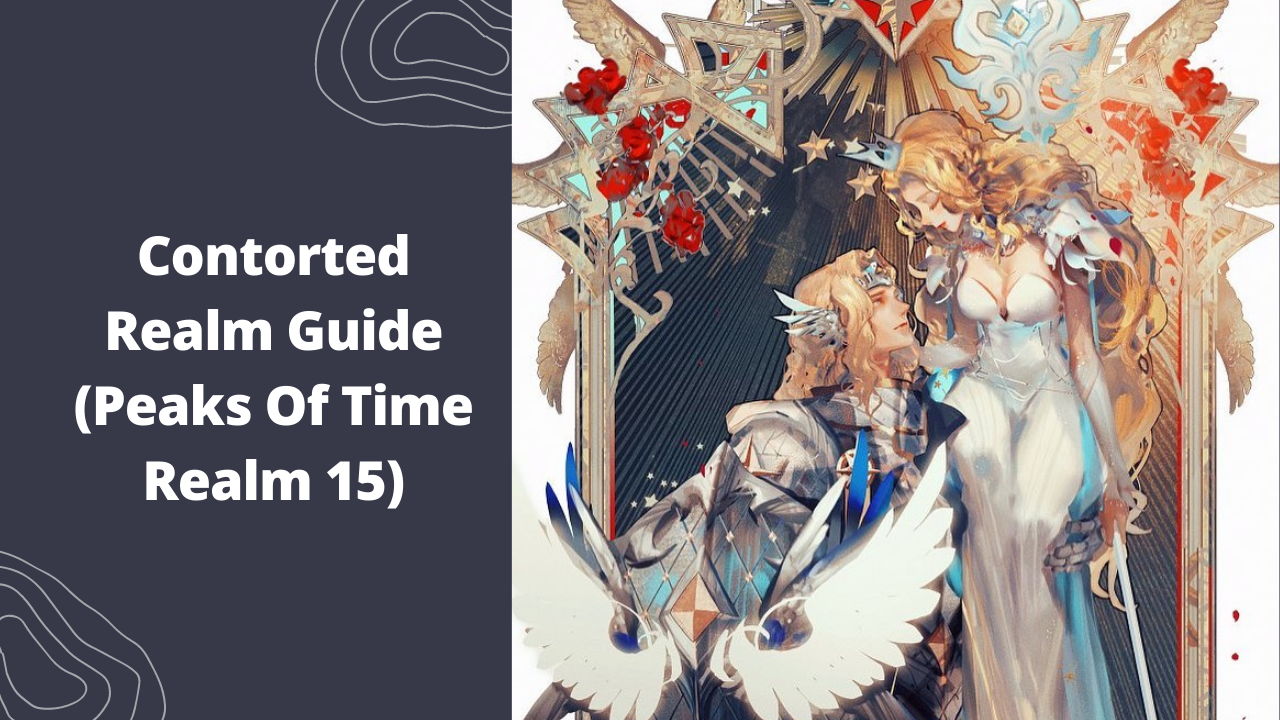 We’ve arrived at a game that first focuses on waiting, but now we get to play a conventional role-playing game. With a little bit of art and a lot of styles, this game is coming to our heroes in the gaming world. The game includes a wide variety of characters and groups, making it a fantastic experience. Let’s get into the nitty-gritty of the Contorted Realm Map here.

When playing AFK Arena Contorted Realm Map on Android, the best emulator to use is LDPlayer. It gives you access to more capabilities than you’d get on a typical mobile device, and you’ll definitely get more out of the game if you play it on a PC.

This is a map of the 15th realm that you will find here. And it comes at the height of the season. This map may only be accessed via AFK Arena. Bridges and teleporters crumbling here confuse the majority of the players, and it is here that the game’s story takes place. It’s important to know the basics of this map and how to compete against it.

In order to experience the best of AFK Arena, you may play it on a PC. So if you’d want to play this map on a PC, here’s your opportunity. We must first determine which heroes are required to accomplish this map before learning more about it.

What are the recommended levels on a hero for Contorted Realm Map?

Hero levels of 240 are recommended. The golden chests on this map may be cleared with 2x level heroes in 240 on occasion. As it is, they are capable of carrying your squad. That doesn’t imply they’ll be able to win the boss battles. You’ll need a team of 240-level heroes to complete this.

Note: If you don’t have Lyca as a hero, the door won’t open until you get her from the mercenary camp before facing the main adversaries. This isn’t proven, but it’s possible. The battle doesn’t necessitate the usage of Lyca or Kaz.

An interactive game map with portals built-in allows players to activate themselves by going to a certain location. It’s called a “jump gate” because you can only enter the last one of these designated locations after you exit each portal. You have to keep in mind that the map’s principles aren’t that difficult to understand. Identifying this map will be easier if we break it down into smaller sections, so let’s get started.

Step 1: There is a jump gate near the beginning of the Contorted Realm Map. After the players have completed this task, they must head toward the island’s summit. You can see from the top of the island that there are five golden boxes, and you must gather them. The middle portal can be used to return to the first jump gate after finishing this method. That’s the place to get the game going.

Step 2: It’s time for the next chapter. You can see the first opponent that will lie down in this area. In addition, there are two ways to proceed with the game. Both of these solutions never trigger the leap gate and attempt to enter the southern exit.

If you decide to turn left, you won’t have a great deal of difficulty finding a way out. However, there is a chance that you will get severe cramping. The south is a better choice since it offers a greater respite before a conflict. Go south instead of left since it is a lot simpler route.. south.

There’s one thing to keep in mind: the accessible relic gives you a chance to clear all four camps quickly. The jump gate should not be activated during gameplay.

Step 3: You’ll need to go to the south, where you’ll come upon a new sector. There will be a plethora of camps and jump gates in this sector. Make sure that the leap gates are activated and that you take on these various factions.

Afterward, you must turn to your right to continue your journey. There’s another island to the right with a tent and a few gold chests on it as well. You must attend this camp, which is superior to the others you’ve found. In order to battle the bosses later in the game, you must first defeat this camp.

To go to the jump gate, you need to exit this camp through the portal. This is the same jump gate you triggered at the beginning of the game.

Step 4: After jumping through the final jump gate, it’s time to search for new battlegrounds. It’s imperative that you aim higher. After you’ve completed all of the above, you’ll find a second leaping gate to your right. Please do not activate it. The following one can only be used twice before it expires.

What you need to remember is that you should only complete the camps that are easily accessible. You must acquire their golden boxes, but not activate their leaping points, after you’ve completed them. After all of this has transpired, you should head to the right side of the map rather than upward.

Step 5: There are three choices to be made here. You must first trigger the middle leaping ate. You can then select path one and engage in a battle in their camps. You may teleport return to that location by collecting all of the golden chests you see in there.

As the last step, you should follow method two and thoroughly clean each camp. For the same reason, go out and gather those golden chests. Once you’ve completed the tasks on this road, you’ll be able to depart the area through path three.

Step 6: This is the first boss battle, and it requires heroes with a level of 310 or above to complete. You can construct up a squad of 240-level characters in this battle. You may avoid this fight if all you want is the golden chest that’s hidden here. However, if you want to clean up this twisted realm, you’ll have to take on the boss head-on.

Step 7: Here, you’ll only have to fight for a relic once and gather one golden chest. There is no harm in doing this, but it is unnecessary.

Step 8: You’ll end up back where you left off in step two if you choose the path to the left. Another relic camp with two golden chests is located at the summit of this area.

Step 9: The leap gate is activated at this stage. Take a look around and you’ll see a golden chest on the left-hand side of the screen. We can go to the jump gate you’ve triggered now via a portal back to the front. It’s time to take on the bosses after everything else has taken place.

While the Contorted Realm Map might put you in perilous situations, it also rewards you with a legendary relic that boosts your power and allows you to return to the jump gate. Use this tutorial to handle your issues on the Contorted Realm Map, and we’re certain that you’ll have a better understanding of how to tackle it.