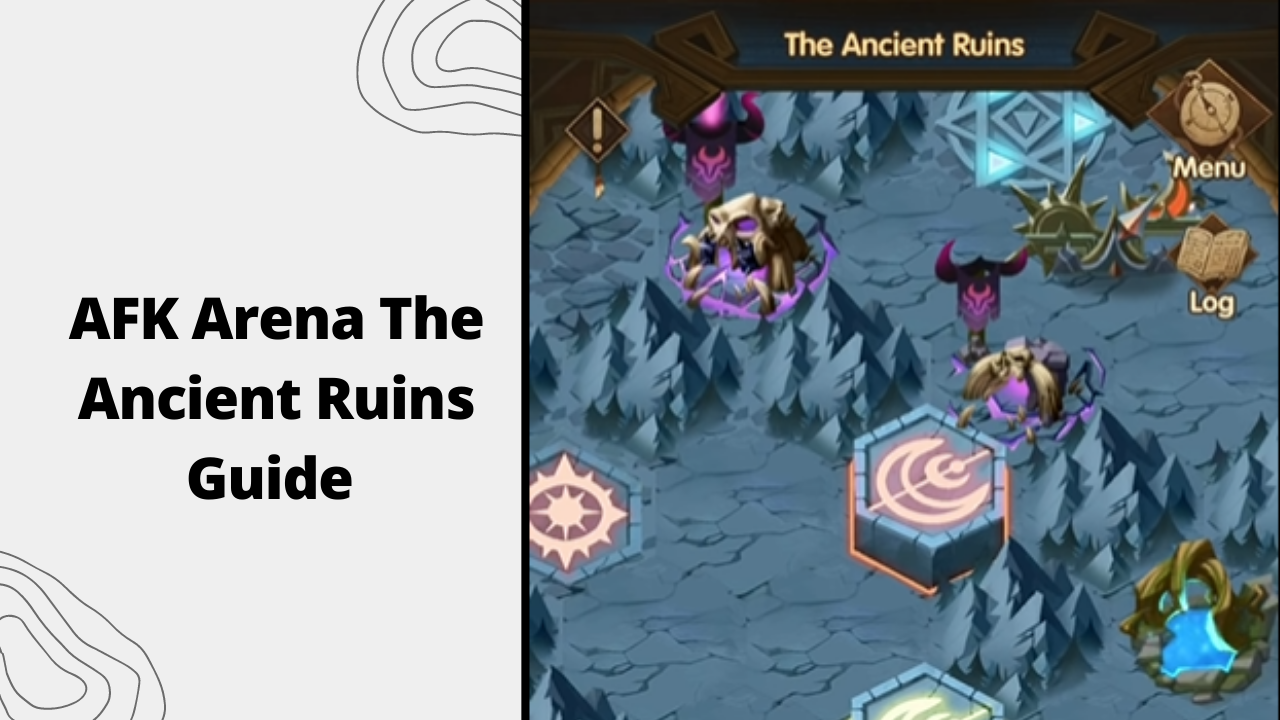 The AFK Arena Peaks of Time Ancient Ruins map is one of the most difficult you’ll encounter. Players in the AFK arena are tasked with solving riddles that lead them to the location of all of the prize containers. Our basic tips and tricks guide is here to help you tackle this map’s challenge, which many gamers have been having a hard time completing.

A hero level of 135 or higher is a good starting point.

How To Complete The Ancient Ruins In AFK Arena?

This is the most difficult and annoying level in the whole Peaks of Time universe, so pay attention. The fact that you’ve landed here indicates that you’ve already noticed.

Step 1: In the first stage, you must clear all the camps on the left and right of the map.

You should have little trouble finishing this phase and collecting all the artifacts. This is only the beginning.

If you’re having trouble getting beyond the first hurdle, I don’t advocate attempting to move forward any farther in this level. To begin, increase the level of your heroes and the teams they lead.

The chest to the right of the location indicator is your final destination. After the boss, this is the most challenging challenge of the level.

Step 2: The gateway on the left should be avoided at all costs. When the yellow mark is activated, you can continue northward.

Now that you’ve completed this process, you’ll simply need to clean this new section of the map.

There are two mercenary camps to be found in the northeast that will provide you with more heroes and relics. Make quick work of them so that you’re not hindered while dealing with the other camps.

The Wilders are useless in the mercenary fields since the other team will have a 25% boost against them in general.

Step 3: Activate the blue tick and go back to the far left of the map, where you’ll find yourself. Regardless of what you do, DO NOT USE THE RIGHT PORTAL. If you use it, you’ll become stuck, and you know what that means? It’s time to start from scratch.

When you activate the yellow mark, it will enter the portal from the left side, not the right side.

Step 4: This is one of the most erroneous sections in the text. You’ll encounter three camps as soon as you cross the portal, but they won’t grant you any form of relic, and they’ll respawn every time you use the portal.

They become level 145, so you don’t have to deal with them again and again.

Step 5: You just need to defeat two of the three camps in order to leave the area. As soon as you see the camp in front of the green mark, immediately turn left.

Step 6: Use the blue mark on the map on the right side of the map.

To get out of the little area, you will have access to a portal.

This portal will bring you back to the camps from step four, where you’ll have to face off against the same foes again… We warned you that this level would be difficult.

Step 7: A clean road is now open to you once you’ve defeated the second round of campers. This is great! You’ll have to go back to the yellow marker now, so that’s a bummer.

In the event that you do not return to the yellow rune and activate it, you should avoid entering the sector behind the green one.

Step 8: Once you’ve completed all of the camps along the road and have reached a red mark, you can activate the camp. The portal at the red mark should not be used.

Take a path north until you come upon a camp hidden behind a green rock.

Step 9: Start your journey back to the blue mark after defeating the camp behind the green rock… We’re not joking when we say you’ll have to walk the entire way back.

Step 10: We’re nearly there! The last camps in the northwest portion may only be reached after reactivating the blue brand.

If the blue marker was properly triggered, you should see something like this:

Step 11: The next stage of the map has been opened, so walk up and make use of it. In it, you’ll face off against a variety of enemies, including a resurrected hero.

You will be allowed to enter the final fight arena if you clear the whole camp area.

Step 12: The red rune in front of you means that if you’ve followed the camp’s path to this point, you’ll have to… Nothing happens if you walk on it, yeah, there are no more gimmicks.

After putting down the second red rock, you are done! The boss of the Ancient Ruins has finally been defeated.

Despite the fact that the monster will be level 170, you can still fight him using the relics you’ve collected.