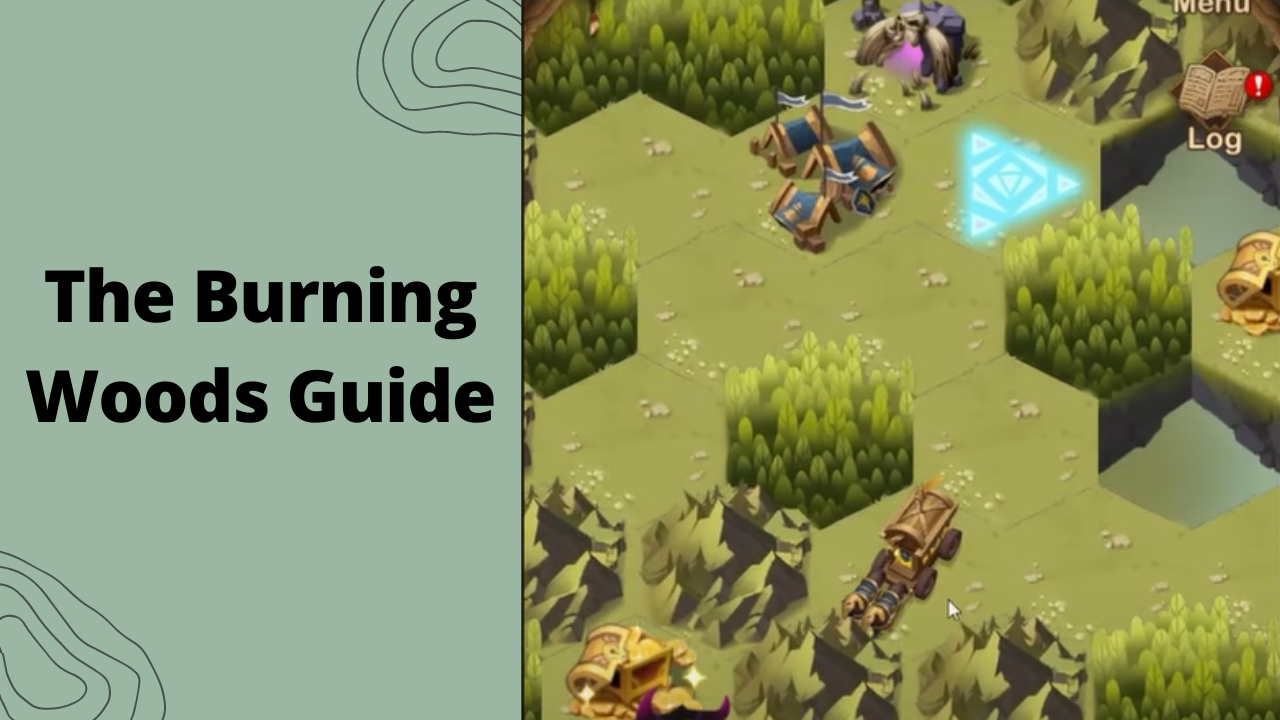 AFK Arena’s Peaks Of Time continues with The Burning Woods, the thirteenth chapter. Learn how to navigate through the Burning Woods in this AFK Arena tutorial.

If you finish Peaks of Times, you’ll be rewarded with strong relics and treasure chests full of essential things. In AFK Arena, you’ve just finished reading the newest book in the POT series, The Burning Wood. However, aren’t you stumped on how to go through the 13th map? Make sure you finish this guide to guarantee that you pass the chapter.

This AFK Arena POT map requires two runs to clear. Defeating the intruders and completing the Burning Woods will reward you with several helpful items.

How to do it? Here’s a step-by-step instruction for you.

Step 1: A fight through the encampments will be your first task after finishing the first fire altar. Don’t squander your Water Alter power just yet; you’ll get a chance to fight the camp at the left end of the battlefield later on.

Gather the relics depicted in the image below to aid you in your last battle with the boss. In order to save time, you can just redo chapter 13 if you come across any harmful relics.

Step 2: Unlike mercenaries, you won’t gain any additional heroes if you go to the camp for guidance. The Ezizh Level 300 is waiting for you at the stone. Begin the battle and, if necessary, wipe out the further camps for additional treasures. The top Fire altar will be activated and Ira will vanish after the battle is done.

Step 3: The bulk of the map, which is littered with golden chests and relics, may now be found by returning to the starting place and using the Water altar to put out the fire. Begin battling every available camp save the boss battle in order to gather as many relics as you can.

Step 4: Use the Fire altar and Water altar, and then go back to collect all of the camps and relics you missed the first time around in preparation for your run’s boss fight.

Step 5: With Ezizh and Silvina on your side, you may take on the boss battle after making sure you have enough relics. They aid in defeating the enemy while also ensuring the safety of your team. Use Rowan & Nemora for healing.

This is the end of the boss encounter, Crystal’s chest has been obtained, and the first run has been finished successfully. The Burning Woods has returned to AFK Arena for a second go-round.

AFK Arena’s realm must be restarted before the second and final run of the Burning Woods can begin. You’ll go in the other direction during the second run. Take the following steps:

Step 1: Don’t take on Ezizh at the portal. Unlock the path to the Ira by returning to the Fire altar in the beginning.

It is important to acquire as many relics as possible at the beginning of the game so that they may be used in the fight with Athalia.

Step 2: Ira’s camp has a stepping stone, and you must walk on it to go to the island’s second boss encounter. To keep Ira from escaping, open the portal immediately, but be careful not to utilize it for further relics quite yet.

Once you have collected all the relics from the first portal, the second portal will send you to the island where there is a second boss encounter.

Step 3: The Burning Woods chapter’s last boss encounter in AFK Arena has begun. Athalia will consume your entire team if you don’t bring Firebringer and Icebringer with you in a second way. The-Burning-Woods-Afk-Arena

It’s done! AFK Arena’s Burning Woods may be completed by following these instructions.