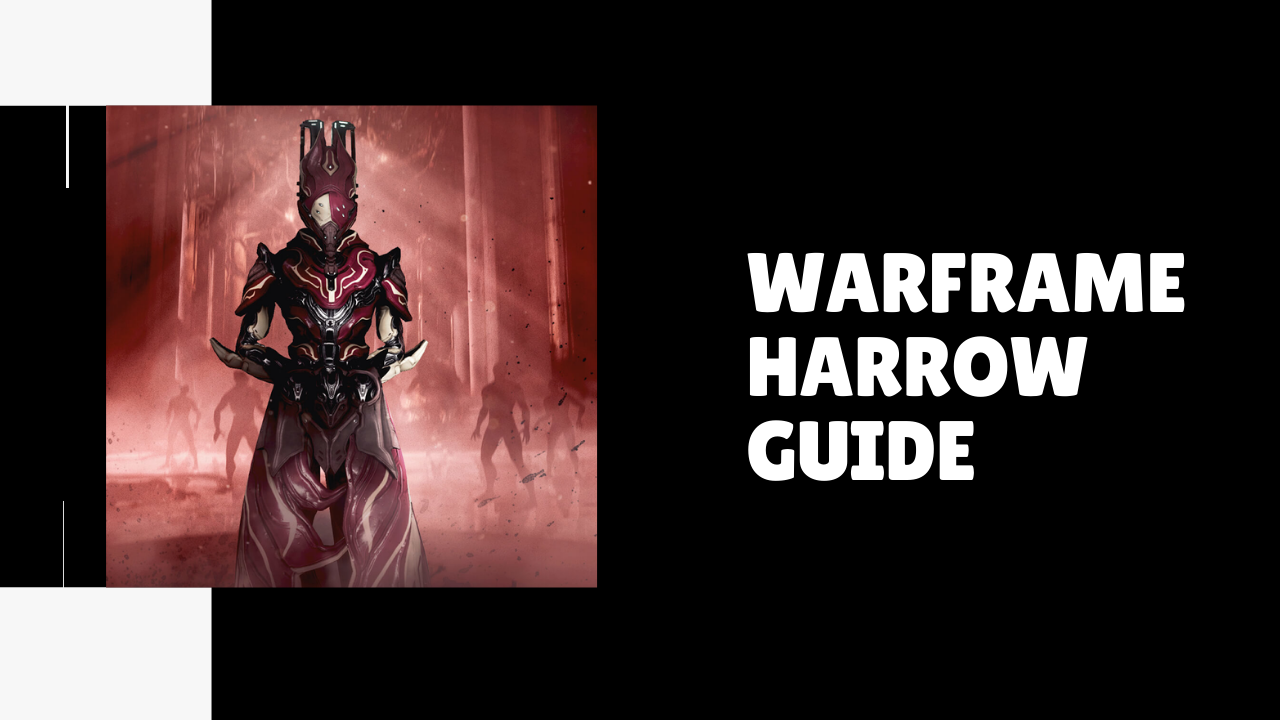 There are many characters in the game that have different abilities. Some can boost your team’s attack powers while others can boost the defensive abilities. But when it comes to an all-around warframe nothing beats the harrow. It can maintain the team’s health along with increasing the combat prowess.

When it comes to the looks of this warframe, it can be defined as a dark-monk like a priest. So, if you are looking for a character to keep your squad alive and ready for battle then harrow is the best choice for you. Now, many players don’t know how to unlock this warframe. If you are one of them then don’t worry today, we will be doing just that.

That said, let’s have a look at how to get warframe harrow build and a quick look at his abilities.

How to get a harrow?

To obtain any build, you need to get a hold of its blueprint. A blueprint can be obtained either by a single mission or a chain of quests. In the case of harrow, you need to complete the chains of harrow quest to finally obtain its blueprints. Here are the missions that will provide you with the parts of harrow:

By completing the above-mentioned missions you will obtain all the pieces required to obtain a blueprint. With the help of the blueprint, you will be able to unlock the warframe harrow build without any issues.

Also, if you are not so keen on using an all-around build you can always go for some other builds such as Loki, Mirage, Ivara, and more. Each build has a unique set of abilities that can benefit you during the course of the game.

What are the abilities of harrow?

If you have followed the correct steps as mentioned earlier, you must have unlocked harrow warframe build. Now, a question might arise in your head, “what are the abilities of this build?”. Well, we have created a list of all the abilities that this build possesses.

Some of the common abilities that harrow has are the ability to trap the enemies in chains, give up his shields for boosting the squad, and preventing damage to him and the team. Have a look at the rest of the abilities and you can decide whether this will be your build moving forward or not.

Harrow sends forward chains to hold his enemies and award him extra shields per hit.

This is extraordinary for swarm control just as giving Harrow shields when he needs it, for example, circumstances where he is enduring an onslaught or when he needs more shields to improve the general impact of his Penance capacity.

Harrow forfeits his shields to give his squad a life steal, faster reload speed, and rate of fire for a limited period of time. The more shields Harrow has, the better the impacts of the buffs.

This is an incredible ability for supporting the squad as well as himself just as this expands the survivability of Harrow and his crew just as their damage.

Harrow begins directing, utilizing his energy to make a sweep around him where any enemy slaughtered will provide energy, while headshots do likewise however at a more prominent amount. This capacity ensures the crew has a suitable amount of energy for fighting and alongside Penance, this makes the team practically unstoppable because of the boundless of health and mana.

Harrow frees himself from the chains and makes him and his partners be safe for a certain time. The damage absorbed will also be converted into a critical chance. This ability is perhaps the best ability out there for harrow warframe build. In addition to the fact that you become safe, you increase an enormous measure of critical chance too. This can be utilized to either give damage to enemies or save your teammates.

Some suggested builds for warframe harrow

Creating different builds for harrow is an important task in this game. These builds can help you in planning for different strategies during battles. Here are the best harrow builds according to us:

This build for the most part centers around making Covenant keep going long, permitting Harrow and his group to have a great deal of time to respond during insusceptibility followed by a long-timer whenever they have the critical chance buff. His group control ability, Condemn will hold foes long and works incredibly for making foes easy to kill.

The span of Harrows buffs will increment enormously, promising him and his group is very much set for long lengths of battle.

This build centers around having a higher measure of ability strength with Harrow, which will enhance the impacts of his buffs just as cause Condemn to allow him more shields per foe.

Covenant will expand the critical chance Harrow and his crew gets quicker because of the amazing ability and strength of this build in warframe. Harrow will have a better than average measure of health and shields which makes him perfect for battle with this build and alongside its buffs and capacities, he becomes completely ferocious.

The last build centers around expanding the scope of Harrow’s buffs so teammates may wander somewhat a long way from him yet still benefit from his amazing abilities during the battle. Condemn will have a more drawn out range making it simple to deal crowd control just as target more foes for over shields. This build is valuable in territories where the group doesn’t remain in one spot and would help spread most zones with the crew to give them nice buffs.

We hope now you know how to make the perfect warframe harrow build. All the tips that we have mentioned above will help you in making this build completely unstoppable. In the end, we would like to say that this build can help you, teammates, in any kind of battle. But don’t rule out the amazing attacking abilities of this build as well.