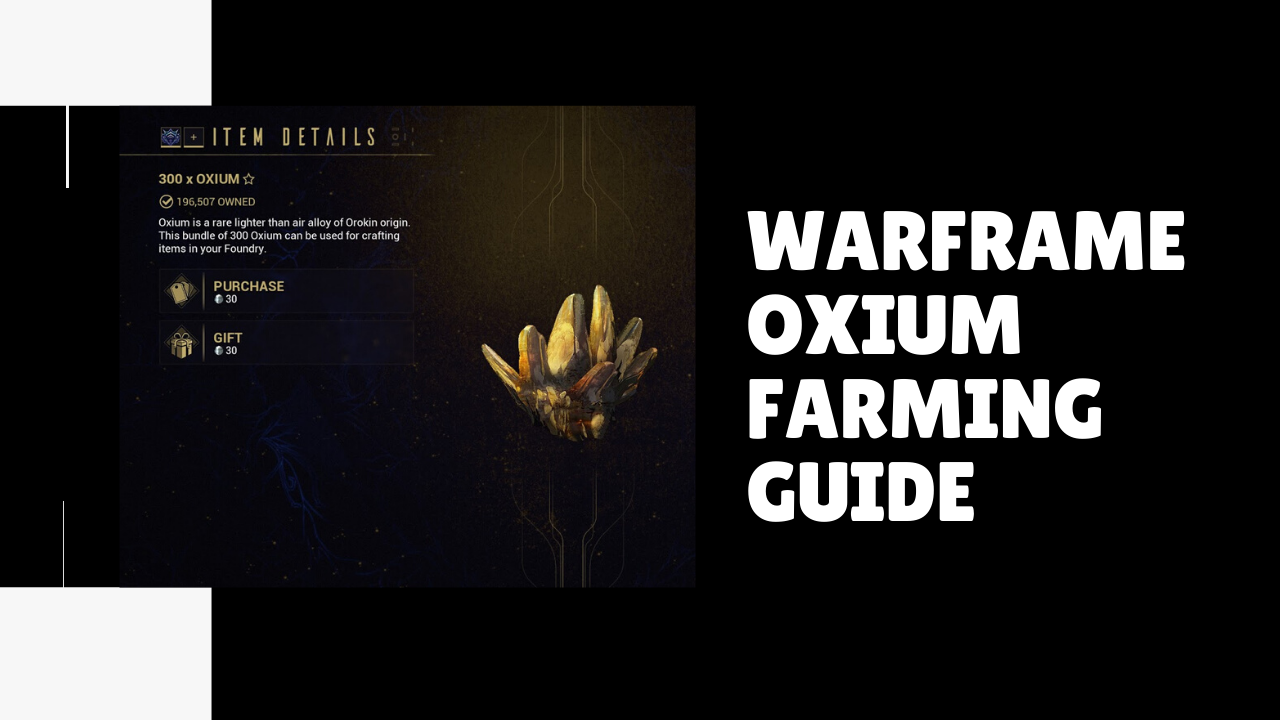 Warframe is an ARPG game that requires intense grinding of relics to make some progress in the game. All these different elements have different advantages in the longer run.

Today, we will be talking about one such element known as Oxium in Warframe. Despite the fact that it is just an uncommon element it is still hard to find this stuff. And, you can farm it by using several activities. Furthermore, if you use Oxium based weapons, believe us you are gonna need plenty of it. So, without any further delay, let’s have a look at the Oxium farm guide:

Best places to farm for Oxium

Oxium Osprey is also a Corpus unit just like many other uncommon items. So, theoretically, you should be able to farm it by doing any endless Corpus mission. However, that won’t work as you need it in big amounts to actually put it in some use. That said, these are places where you can easily farm Oxium:

These were some of the best places to farm Oxium in WarFrame. However, you need the right equipment to get the job done. So, now let’s have a look at the best equipment to complete your Oxium farm guide.

What is the best equipment for Oxium farming?

The common belief is that Nekros is the best for desecrating the bodies of Oxium Ospreys to collect Oxium. However, Oxium Ospreys explode on their death more often than not. So, it will only make your farming efforts go in vain.
Now, you might be wondering, is there any other way to get the job done? Well, yes there is. You can use a Pilfering Khora with a good build. Along with that, you can equip it with augmented mod Pilfering Strangledome. Although the chances for a double loot is only “65%” by using this method. But on the bright side, you will get a lot more Oxium in survival or defense missions.

The major source to get Oxium is to kill Oxium Ospreys, there are no two ways about that. However, it doesn’t mean there are no other ways. You can always rely on the storage containers, creates, and lockers while being on mission. Lastly, there are chances to get Oxium on bounty missions such as Cetus and Fortuna.

This wraps up our Oxium farm guide, we hope now you understand everything there is to know about warframe Oxium farming. If you liked this article then make sure to drop a comment in the comments section below.

How to Get Warframe Garuda: Abilities and Builds