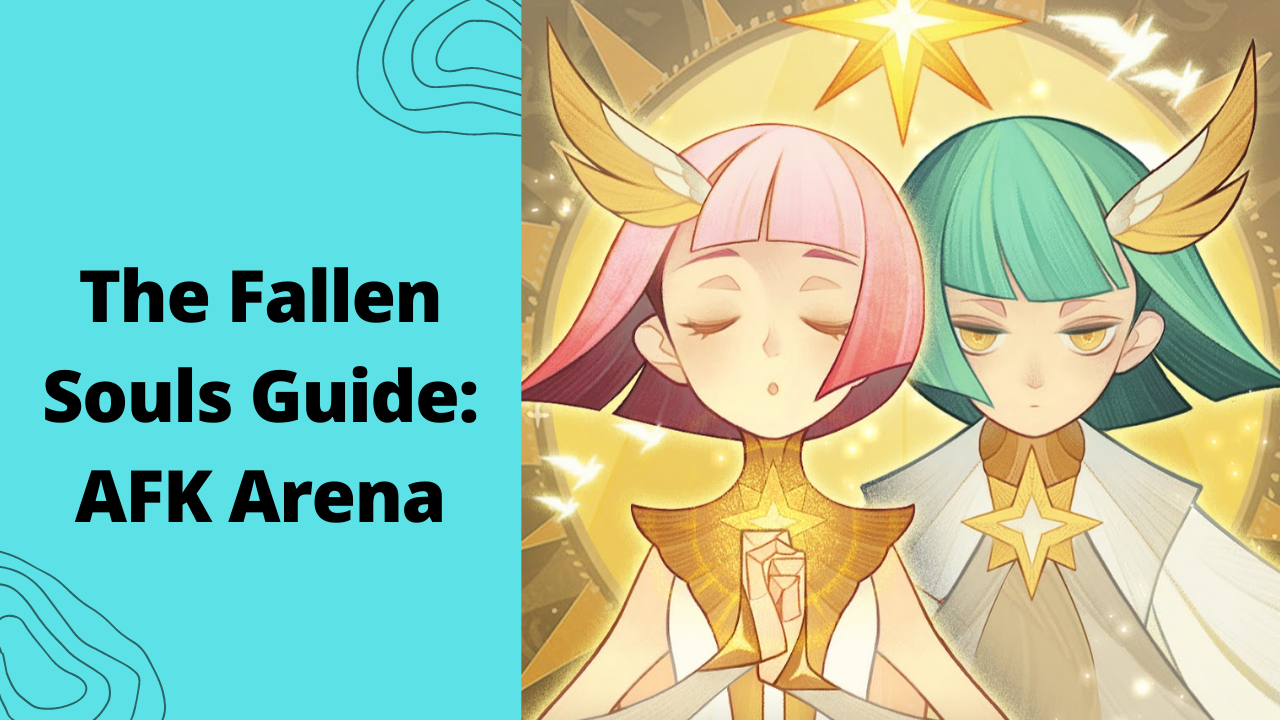 In AFK Arena, a new feature called “The Wandering Balloon” allows players to revisit the previous Voyage of Wonders realms, the first of which is “The Depths of Time”, a very enjoyable Voyage of Wonders from October 2019.

Below you’ll find a list of all the methods to take care of this problem, as well as a few more hints.

As a general rule, you’ll need to carry a flame around the realm to clear barriers so that you may combat the adversaries and collect prizes from them. As far as combat goes, Fallen Souls has fewer bouts but also no opportunity to become stranded (unlike former realms that could potentially force you to restart if you take the wrong route).

On the test servers, I’ve found this realm to be very easy provided you have some excellent Graveborn heroes like Shemira leveled up.

What’s The Reward In The Fallen Souls?

Since Voyage of Wonders, the awards have evolved to include the following:

Poe Coins, Amplifying Emblems, and 10x Faction Summon Scrolls may be found in the Crystal Chests. There are 60 Epic Soul Stones, additional Poe Coins, and 120 Summon Stones in the gold chests.

You’ll acquire two legendary relics for free right away without having to battle for them, which will provide your Graveborn heroes an advantage in The Fallen Souls.

For example, if you have heroes like Shemira, the fights themselves aren’t too difficult. You can’t resurrect or heal, but the opposing heroes are below your level and there are no hard synergy or even Wilder characters that you have to take down.

So, as I mentioned at the beginning, this Voyage of Wonders realm includes a puzzle, so I’m going to walk you through it step-by-step so you can go to the major rewards and face the bosses.

Even though you can’t gain more legendary relics by re-entering the game, I believe they are operating great because we want to employ the Graveborn heroes anyhow.

Once you’ve gathered all of them, you may begin your quest by fighting the first boss in the area just behind them. Next, activate the flame by lowering the wagon’s location on the tracks and then pulling it up to the top position.

Then, to relight the third flame, relight the second flame you just engaged. It’s at this time that you must conquer the top part and all the other camps. While clearing every camp isn’t necessary to complete the puzzle, collecting every relic you can find will only make you stronger.

Next, make your way to the higher area and engage in combat until you reach the upper portal:

The portal should be placed in the center of this area. As illustrated in the image above, you may now return to the second portal and utilize the fire there.

The road to the Crystal Chest containing the Chest of Wishes will be opened by this. There are just a few levels between the boss battle and the rest of the bouts, so you shouldn’t have too much trouble with it.

The last boss encounter and the second Crystal Chest with the Single Stargazer Cards are now accessible. If you want to do this, you’ll need to set both portals to middle and left positions.

Once everything is done, you should have the following setup:

In order to lower the entrance stone below, you must now demolish the barrel. To go to the last battle, all you need to do is get this last piece.

To utilize the first fire again, you must return to the first portal and put it to the bottom position after destroying the barrel.

There you go! You’ve completed the final barrel’s destruction and can now take on the final boss, which should be a piece of cake with all the relics you’ve amassed and some luck in pulling the correct ones. Graveborn-friendly characters and heroes can help you complete the journey.