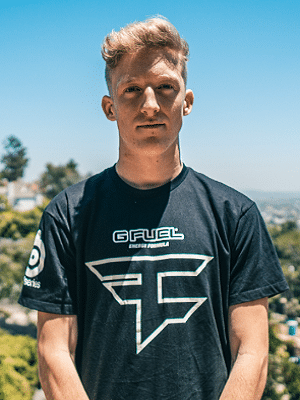 Tfue (Turner Tenney) is a streamer on Twitch. He is almost 21 years at the time of writing this article. He is by far the best fortnite player ever according to me and the guy’s record speaks for him. He has the world record of most kills in solo vs solo game in fortnite. He has killed 29 other players out of 99. He is not good in gaming only but professionally plays other adventurous sports like snow boarding and skiing etc. He currently plays on E-sports level with team called Faze-Clan. He regularly streams on Twitch not only fortnite but other games as well. He got his limelight on E-sports level when he plays Halo 3 for the first time on professional level and got his popularity going up after that.