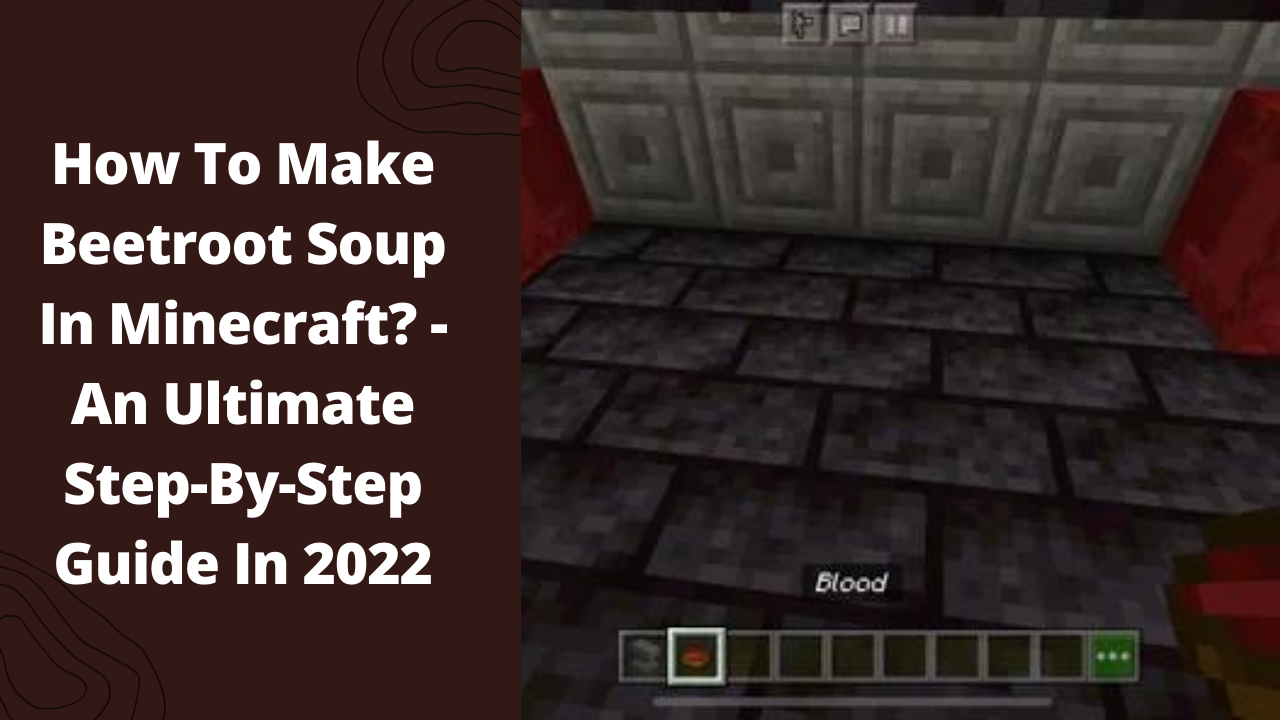 A fully matured crop of beets can be picked. One beetroot and a few seeds will fall out when the beetroot is broken.

Pigs will follow Minecraft players that have beetroot in their hands, so beetroots can be used to breed them. Beetroots can also be picked up by villagers to encourage the pigs to breed. After a villager collects twelve beetroots, pigs can be bred truely amazing.

Video Tutorial On How To Make Beetroot Soup

How To Make Beetroot Soup in Minecraft?

In Minecraft’s large universe, there are many things to discover, and eating and farming are one of the more minor but significant components of it. In this video, we’ll show you how to create Beetroot Soup in Minecraft.

Food is essential for survival in Minecraft’s survival mode and for remaining alive. Every survival player understands how vital food is for restoring health and can even save players during difficult battles. Food in the game replenishes health points and prevents the player from going hungry.

We’ll show you how to make Beetroot Soup in Minecraft down below!

To make beetroot soup in Minecraft, you must first open your crafting table.

2. Add The Beetroots And Bowl To The Menu

Add the 6 beetroots and bowl to the grid on the crafting table.

You’ll notice beetroot soup in the box on the right when you’ve placed the beetroots and bowl to the crafting grid as instructed above.

3. Move The Beetroot Soup To Your Inventory

Finally, we’ll move the beetroot soup to your inventory so you can consume it.

That concludes our discussion. Beetroot soup in Minecraft is a liquid food that replenishes 6 hunger points and 7.2 saturation. The bowl will be left once the beetroot soup has been consumed. To gather beets for this soup, check out our Minecraft beetroot farm instructions.

Beetroot soup is a liquid food item in Minecraft that players can drink to recover their health. The soup recovers 6 hunger points and 7.2 hunger saturation when consumed.

This has qualities that are similar to the cooked chicken and mushroom stew.

In Minecraft, how do you create beet soup?

To cook this hearty soup in Minecraft, players will need two items:

Beetroot naturally spawns in the farms of several settlements in the plains, taiga, and other areas. However, this is only a 10% possibility, and it is not particularly reliable. Beet seeds, on the other hand, can be found in mines, communities, and abandoned settlements. Players can grow a beetroot crop by planting these seeds in plowed soil.

This food item’s container is a wooden bowl, which will remain with the player once the soup has been consumed. To create a bowl, arrange wooden planks in the manner indicated above.

To make a bowl of Beetroot Soup in Minecraft, combine the two items as described above in the Crafting Table.