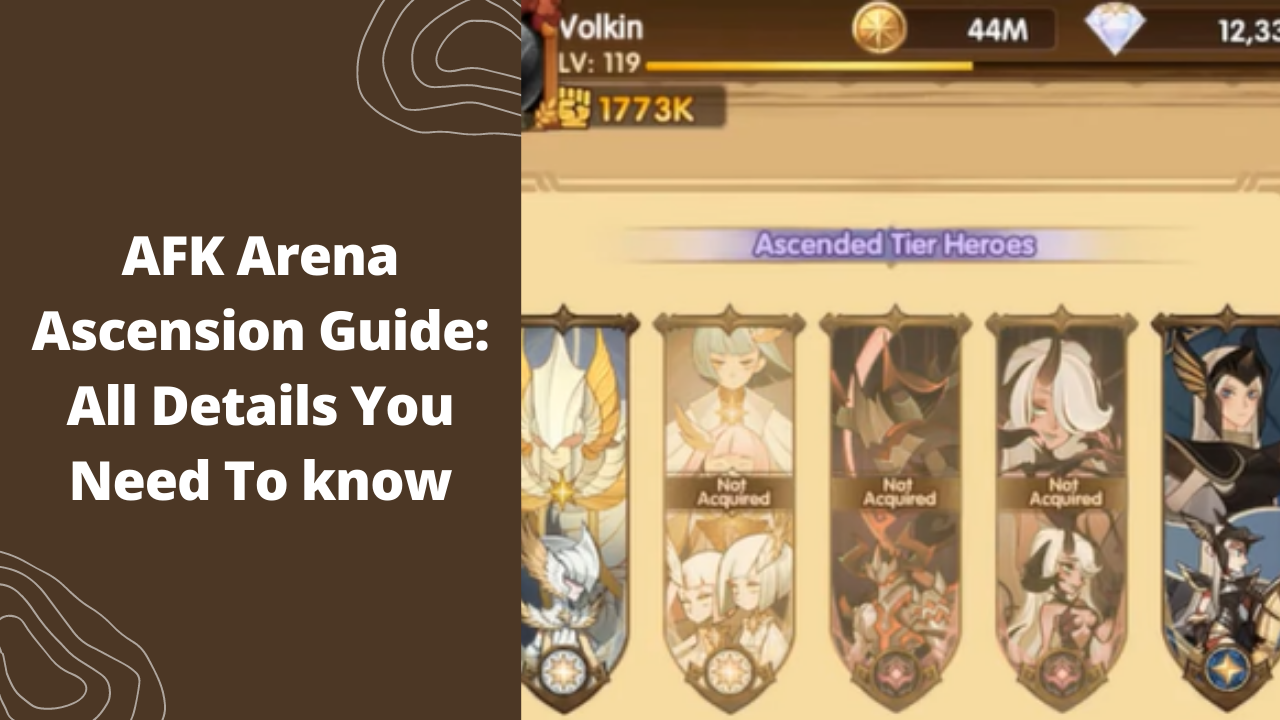 Your heroes’ rarity can be raised at the Temple of Ascension. A set number of lower-quality heroes must be consumed in order to complete the ascent.

In order to ascend a hero, you must meet the ascension conditions that are specific to their present quality.

“Ascended” is the highest rarity in the game, and only a select few heroes may achieve it. The remainder of the heroes is only able to reach Legendary status.

That excludes ordinary heroes, who are unable to climb in any way.

It’s vital to keep in mind that once a hero is elevated, it cannot be downgraded, so be sure it’s the proper decision to make.

Enlarging the ranks of your Heroes is known as ascension.

Ascending a Hero requires the sacrifice of some of your other Heroes.

Your bag will be filled with all of the items and resources that were used to build the sacrificial heroes.

Heroes in the AFK arena are divided into three categories: common, legendary, and ascended, as can be seen in the game’s heroes picture section. There is a maximum level for each tier.

Common tier heroes can be leveled up to level 100.

Legendary tier heroes can be leveled up to level 160.

Ascended tier heroes can be leveled up to level 240.

The Rickety Cart is the ideal place to retire lower-level heroes for Hero coins and dust. Auto-retiring common heroes may be enabled in the Rickety Cart.

Legendary and ascending tier heroes can be found at rare and elite rarity, respectively. To go over their individual level caps, they must be elevated to a greater rarity.

Also Read: Contorted Realm Guide (Peaks Of Time Realm 15): All You Should Know About

Common heroes have a level cap of 100.

Elite heroes have a level cap of 100.

Legendary heroes have a level cap of 140.

Legendary+ heroes have a level cap of 160.

Mythic heroes have a level cap of 180.

Ascended heroes have a basic level cap of 240, and then up to 455‬ with the Resonating Crystal.

How to Ascend my Heroes?

These are general factions. They have the same ascension costs for each upgrade.

There are 2 special factions in AFK Arena: Celestials and Hypogeans

For these unique factions, there are many fewer heroes to sacrifice and a far easier advancement path. Ascending heroes in these two Factions, on the other hand, necessitates a significant investment in terms of both time and money.