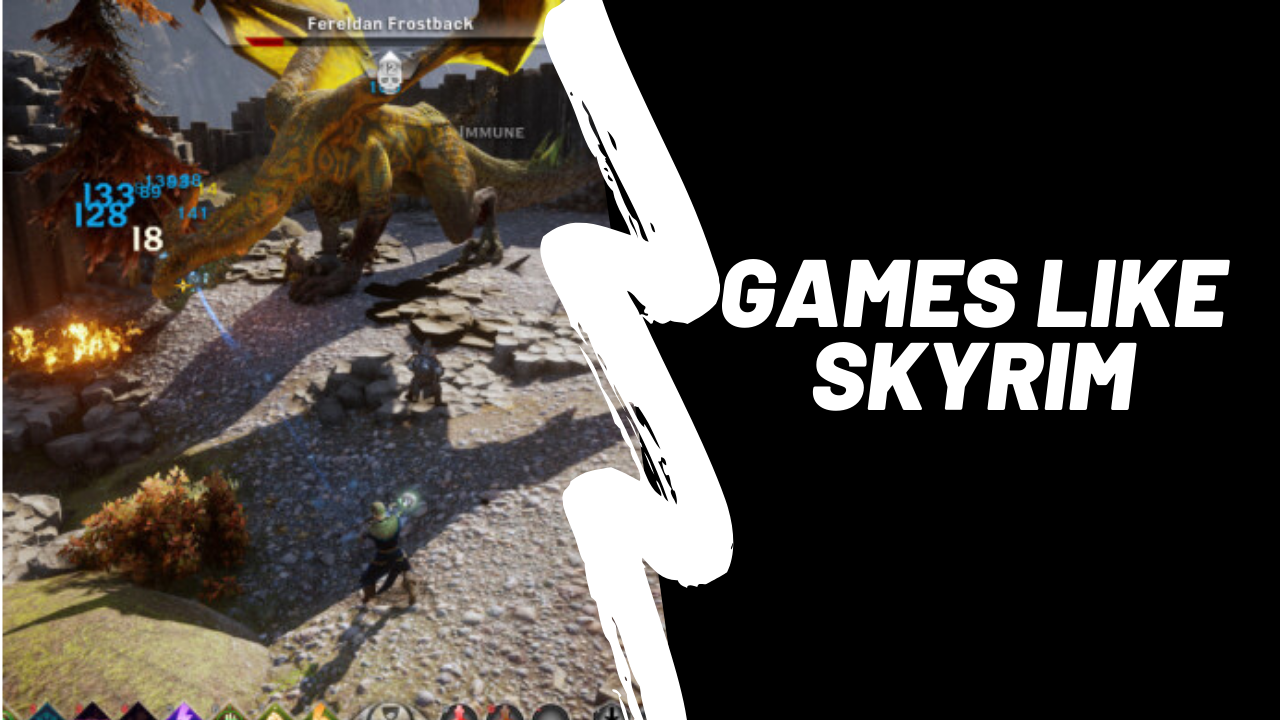 When the frozen fantasy Skyrim was launched in 2011, it stole the heart of every gamer that loves fantasy world. Though it has been almost a decade since its launch, it is still one of the very few RPG games whose adventures are still fresh in mind. The contribution of Skyrim in the rise of open-world RPGs is well known in the gaming arena. Many games in the RPG genre can keep you entertained for many weekends. If you are one of those who have loved Skyrim and looking for something similar, here is a list of top 5 games like Skyrim.

It is one of the most preferred MMOs. Professionally designed structure, versatile system, numerous world events, and dynamic combat make it one of the most detailed fantasies open-world games. The outcome of the key scenes is in the hand of players using dialogue choices and action or the backstory of the character that makes it different from other MMOs. If you are looking for a free game like Skyrim, Guild Wars 2 will be among the top picks.

The newest member in the list, it was launched in 2018. The game has learned well from Skyrim, The Witcher 3, and many other pre-2018 RPGs. The game is set in the Holy Roman Empire and takes place in 15th century Bohemia. The non-linear narrative of the game gives you ample room to experiment with your style and choices. A number of modsto in Kingdom Come: Deliverance will keep you occupied and entertained.

The game has won appreciation from thousands of games across the globe. It has bloomed with time. Though the game is close to three years old, the graphics and details still leave many younger rivals behind. It is a game of great length, and it may take from 30 to 250 hours to complete it, depending on your experience. Once you start this game, it is not possible to stop playing it until you conquer the finale.

Arrived in 2012, the Kingdom of Amalur: Reckoning demonstrated why older games should not be shelved with time. It is considered one of the best PC RPGs. The game allows players to customize the character and improve it with a combination of weapons, skills, and abilities. Though there are traditional classes just like Skyrim, there is no compulsion to become a part of them. The game has received many positive reviews on Steam and continues to do so even today.

It is the third entry to BioWare’s immensely successful series. It takes place in Thedas that is a mystical land that hosts a variety of kingdoms and dynamic climates. Though it is a third-person game that is contradictory to Skyrim’s first-person perspective, there is a lot in Dragon Age Inquisition that will entice you, such as rich lore and colorful open world. There are countless weapons and armors, along with an amazing reward system to keep you occupied. It is, without a doubt, one of the best RPGs in the list of top 5 games like Skyrim.

There is no doubt that Skyrim has created a much-needed platform for the RPGs to come. The cult following of Skyrim has made it possible for other developers to come with better and more entertaining games. Based on the skillsets you have, most of the games on the list will take anywhere from 30 hours to 300 hours to complete. For those who are looking for some role-playing action, these games are a must-try.