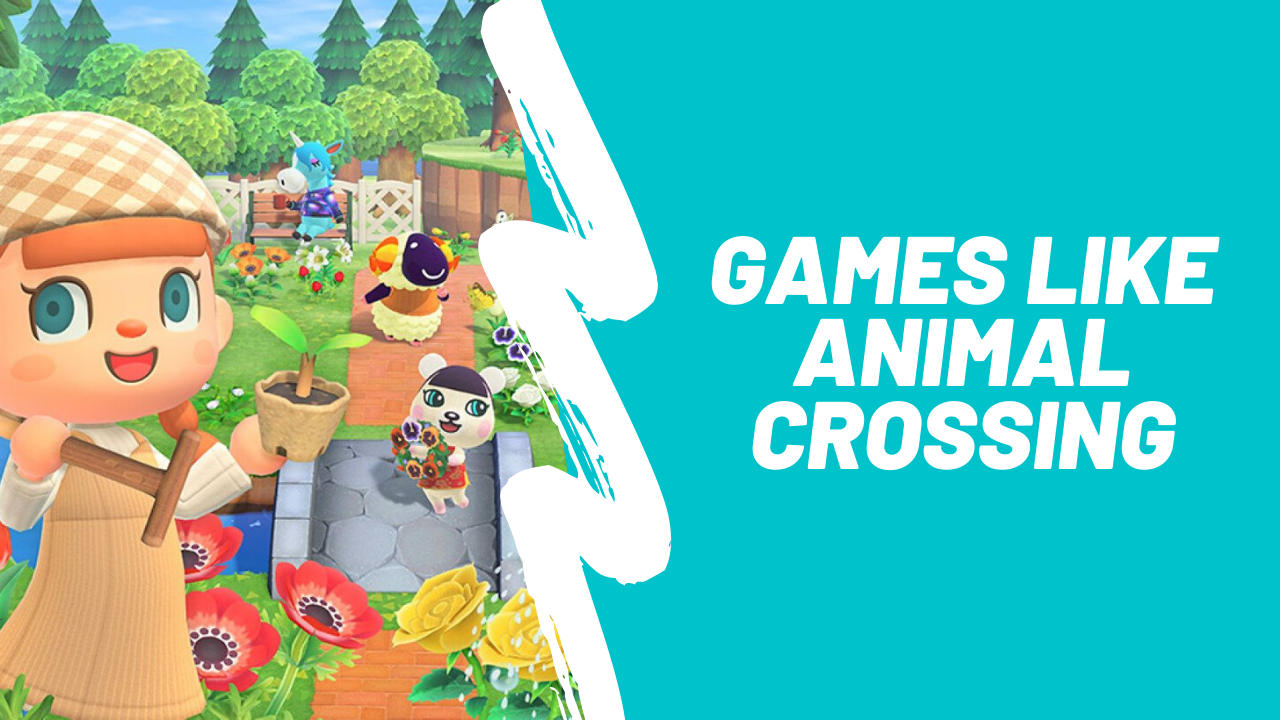 Animal crossing is a deserted island where one can create their own paradise and customize accordingly in the New Horizon game. One can hunt varied insects, enjoy the sunset or the sunrise, and decorate the whole ambiance. This adorable game has won many hearts across the globe and was released on March 20 with Nintendo Switch. But, if you’re bored of playing this game, again and again, we have come up with other options for you!

Here is a list of a whistle-stop tour of many new like alike games like Sims4. So, get yourself welcome to a few alternatives that can be played well on phone devices, or console, or PC or MAC systems.

It is one of the clones of the premier of Animal Crossing for mobile and has been in the industry for a couple of years now. Yes, it is pretty similar. The player starts on a barren island and he/she can perform and indulge in activities such as catching bugs, fishing, watering the plants, gardening, decorating the house, and even search the nearby villagers. It is most preferred amongst many gamers, especially kids and is considered as one of the satisfactory games on mobile. Download it right away and feel a decent experience.

More or less like our authentic game- Animal Crossing, this game is also pretty similar and interesting enough to keep the game hooked to their screens! There is a little charming Indie in the game who is exploring the lush landscape of Hawk Peak Provincial Park. There is no pressure from anybody outside, and the best part is you’re saved from any restrictive timelines as well! One may go for a swimming session or stretch his/her wings to soar between the cliffs. Yes, this game will give you the exact same fuzzy feeling that you get playing from Animal Crossing. It is an easy game to spend some hours on when you want to enjoy your time.

My Time at Portia

There are infinite things that one can perform at My Time at Portia. Yes, this will give you an animated world, old-world feeling. Yes, this is set in the post-apocalyptic time frame where they have tonnes of secrets that are dwelled beneath the charm. Picture this: When you shift to a new area, you certainly assume the task of being a builder that has to craft all the buildings in that space. There are commissions that you earn and it gives infinite opportunities to stay awake in the vast world. One can also indulge in raising cows and chickens, discover the new relics, or simply opt for fishing, etc. The number of quests is also unlimited to the mysteries of Portia.

Sims 4 is one of the best games which gives a tough competition to the Animal crossing. This real-life simulation game has been a successful hit in the gaming industry and has sold more than 175 million copies across the globe. The latest version of the game was launched in September.

It has sandbox experiences which lack the pre-defined goals. The console version remains intact in the play style. Many houses are created out of a direct mood or desire. All the people that live there are virtual sight and are known as ‘Sims’. Players can easily build these homes and live a creative life there. Sims 4 is an expanded version of the same and this game has a series of augmented play.

Just like that game which is an abode to the natural habitat and is a treasure house of natural resources. Stranded Sails is the place where you can explore a new life on the cursed island. The only difference that remains is that you do not arrive here by Dodo Airlines, but by shipwreck. You can set up the camp for your fellow survivors and start with farming practices. You can start with crops to the masses, and ultimately try building your own ship for the latter escape. The fellow castaways will give an opportunity to create a side quest. After this, you can explore the beauty of flora and fauna in the meantime. Interact with the nearby villagers in this peaceful world. Yes, there are supernatural nasties that one would need to face because how else will give justice to the title of the game. The word, “cursed” is a thing to think about deep. To top it off, you will also be welcoming the comforting waves that will slowly peck on your cheek and will keep all the anxieties that may arise at bay.

As similar to the title, Little Dragons Café is a visually excellent game. Yes, the player is running a beautiful cafe which is successful. Meanwhile, he/she is raising a dragon as well. In order to create wonders out of voids, the culinary art is used in the farmland and the player has to search for different delicious and farm-fresh produces. The player can indulge in other activities such as fishing in the river and growing crops. They appreciate the generosity of nature and this cafe has a supreme level of management skills. It also includes an unconventional member of the staff. Also, the player doesn’t need to forget that he/she has to do all the tasks while raising a pet dragon. This game is great for new kids because it teaches them to make wise decisions in life and trust their instincts for a comfortable companion.

As much as it seems to be an appealing game, it is a wild adventure that you would like to take a journey across the island of Yonder: Cloud Catcher Chronicles. There are no threats and the player can roam anywhere without any fear. Get to know the inhabitants that are present from different parts of the world. You may also learn some new tips and tricks and experiment with becoming a chef to a tailor. It’s something similar to customizing your own farm with an array of environments at hand.

Seaboard is one of the oldest games that is very much similar to the authentic Animal Crossing. The player starts as a pirate and from there he/she can acquire whatever they want. Yes, they have to explore the stuff on the nearby island, meet new characters, cook food, trade stuff. Yes, these players do get the chance to rescue other people from shipwrecking too! Also, this game has been around the corner for more than six years now and creating great content all this while. If we compare it with Sim 4, then certainly all of us know who is winning the competition.

Do you like grinding as a favorite sport in Animal Crossing? If yes, then you can experience the same in Forager. This game is specially curated for you. It has adorable visuals that also contain a loop of exploration, various buildings, crafting, and puzzles to keep the player addicted. The developer of the game has added a new twist to steal things or other bits to keep it interesting throughout. It’s upon you how to make time for the game and create a dungeon building.

This game is a brilliant alternative to the classic – Animal Crossing. Don’t expect the cute animals or any chilled vibe out there. But, the rest remains the same. You customize your own abandoned farm, go for fishing, do the planting, craft new things together. Try downloading the same and you’ll realize the real fun behind this game.

If we have missed out on any game, please feel free to drop us your comments down below. All the games that are pretty similar to the nature of Animal Crossing are welcome. Don’t forget to check out these recent games that are available online and waiting for your downloads!