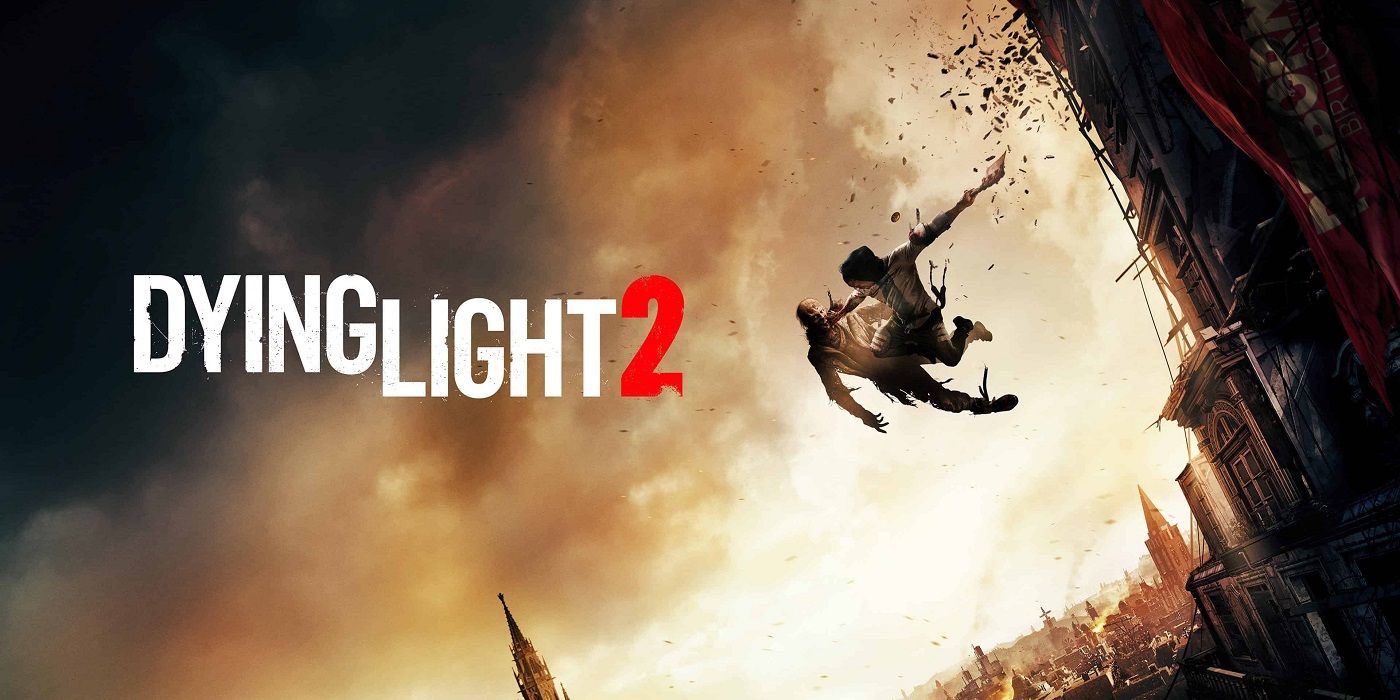 The age of video games has changed a lot in these years. The landscape of video game purchasing has drastically changed in the last 10 years, shifting from electronics stores to game shops to the internet. Gamers have been able to skip in-person lines for some time now, thanks to digital purchases made from their couches via streaming subscription services. One of them is Xbox Game Pass, Microsoft’s monthly offering of more than 100 top-rated games—and you can get access right now for a shockingly low price.

Microsoft is offering new subscribers access to its Ultimate Game Pass plan for $1 for the first three months, after which members will be charged the normal price of $14.99 per month. With an Ultimate subscription, players can access more than 100 titles on their consoles, PCs, and Android mobile devices. That’s a 98% discount off the $44.97 price you’d typically pay for three months. It also beats our last deal on this subscription by $21.88.

Though there are separate plans for gamers who strictly play on consoles or PCs (both available for $9.99 a month), Ultimate members can stream a plethora of titles from Xbox’s history on multiple platforms. Games include original Xbox classics, such as Psychonauts ($9.99) and The Elder Scrolls III: Morrowind ($14.99), along with recent releases for Xbox One, like Ori and the Will of the Wisps ($29.99) and Control ($29.99), which will be yours to play free with this subscription.

The library of game options will leave you speechless

New games are added to Game Pass frequently, with many Xbox Game Studios titles being added the same day as their physical releases. Subscribers will also get access to Xbox Live Gold for multiplayer gameplay. In addition, the Ultimate plan comes with EA Play, meaning players can access various Electronic Arts games, including FIFA 21 ($59.99) and Star Wars: Squadrons ($39.99.

While the Xbox Series X and its competitor, the PlayStation 5, both remain elusive, Microsoft is still letting its fans have access to the best video games on the market. Try out Xbox Game Pass Ultimate and game on!

Here is the list of the all new games coming to Xbox.

The continuing strength of the upcoming Xbox One games list is thanks to Microsoft’s promise to keep including the now last-gen console as part of the Xbox gaming ecosystem with the new consoles, along with PC. Basically, there’s still plenty to look forward to on the Xbox One.

We’ve highlighted all of the upcoming Xbox One games we’re most looking forward to, ordered by launch date.

What is it? A turn-based RPG with a glorious art style.

What to look out for: Cris Tales is a turn-based RPG, but with a bit of a twist. Playing as Crisbell, you can manipulate time, giving you the ability to jump both on the map and in-battle. You must complete a series of missions with the help of Matias, a talking frog, by working in the past, present, or future to change their fate. Plus, sending an enemy to different time periods will also change their characteristics, making battles quite the strategic feat.

What is it? The next Life is Strange game, from developer Deck Nine.

What to look out for: In Life is Strange: True Colors, you play as Alex Chen who is reunited with her brother after eight years in the foster care system. However, the happy reunion celebrations don’t last long as her brother is killed in a mysterious accident. Thankfully, she’s gifted with the power to see and manipulate people’s emotions, and can use them to find out the truth behind her brother’s death.

What is it? A co-op zombie survival horror with a focus on four-player co-op.

What to look out for: This is Left 4 Dead 3 in all but name, even though this is technically a new IP. It’s the same four-player co-op gameplay, with vast numbers of zombies, different types, and offers the same distinctive style and loud personality that you’ll be familiar with from the Valve games. It’s a fantastic romp for you and your friends and we can’t wait to team up.

What is it? All nine Star Wars films remade in one Lego game. Epic.

What to look out for: The Star Wars / Lego crossovers have consistently delivered blocky brilliance, but this is going to be something else. Being able to play every Star Wars movie in one ultimate compendium is going to be amazing, especially when you consider that this isn’t a remaster of the original Lego Star Wars game, but brand new games with graphics that blend realistic elements with Lego blocks and figures, with constant splashes of developer TT Games’ trademark humor. Just watch the trailer and tell me I’m wrong.

What is it? A vampire RPG – need we say more?

What to look out for: Vampire: The Masquerade – Bloodlines 2 throws you into the seedy underbelly of Seattle where creatures roam, but thankfully you’re a vampire. Turned as an act of vampire terrorism during the ‘Mass Embrace’, you’ll soon get caught up in vampire faction politics, where you’re still just trying to deal with your new way of life. This is an RPG at its core too, filled with player choices, a strong narrative, and branching dialogue options too.

What is it? Far Cry is back, and it’s got angrier.

What to look out for: Far Cry 6 is the latest in the long-running series and will take us to a fictional country called Yara, set on an island in the heart of the Caribbean, which is clearly based on some Southern American locations. The country is run by the president, Anton Castillo (played by Giancarlo Esposito of Breaking Bad and Mandalorian fame), who was elected off the back of his idea to rebuild paradise, but as you can see, it’s not exactly going to plan. Thus, a guerrilla revolution has risen up to fight against him, and you play as one of the guerrilla fighters, a character called Danny Rojas – who you can choose to play as male or female.

What is it? The next-gen, next stage adventure for Master Chief and co.

What to look out for: Originally slated to release in Holiday 2020 as an Xbox Series X launch title, 43 Industries’ follow-up to 2015’s Halo 5 is now coming in 2021, and it’ll be a simultaneous release on Xbox One and Xbox Series X. During a recent showcase, a trailer showed off our first proper look at gameplay in Halo Infinite. The 8-minute video offered a glimpse at some of the new features coming to Master Chief’s arsenal, including a grappling hook.

What is it? A surprise sequel to Hellblade coming to Xbox Series X.

What to look out for: Okay, so technically this is really for our list of upcoming Xbox Series X games, but we have a sneaking suspicion it may well also launch across the Xbox One family too. The sequel, called Senua’s Saga: Hellblade 2 is a bit of a mystery right now, as all we’ve had for it is a slightly unnerving teaser trailer, which involves face paint/blood, scary singing and chanting, and more disembodied arms with fingers trying to grab at you. Nightmarish. It all suggests another harrowing journey for our troubled hero.

What is it? A brand new three-player tactical co-op FPS set within the Rainbow Six universe.

What to look out for: Rather than existing as a spin-off of the highly successful Rainbow Six Siege, this is actually a new game entirely. Rainbow Six Quarantine is is a brand new three-player co-op PVE multiplayer title, where you play as Rainbow Operators facing off against a mutated alien parasite that’s started infecting the human race. Yum.

What is it? A naval combat game themed around pirates and being a pirate.

What to look out for: Although it’s been delayed, and delayed, you should still be excited about Skull and Bones. Taking inspiration, and source material, from the naval combat sections of Assassin’s Creed 4: Black Flag, Skull and Bones is all about making masts crumble into matchsticks, bringing multiplayer to that watery combat with big boats and a lot of loot. There’s a single-player campaign too, where you can practice your best Jack Sparrow impression, we’re just not sure when you’ll actually get to play it.

What is it? A sequel to the ever-popular Dying Light.

What to look out for: Parkouring zombie killing is the name of the game in Dying Light, and you’re about to do it all again in Dying Light 2. Building on the success of the original, this game takes place 15 years after the first, with one human settlement still standing amongst the infected world. This one is leaning heavier into the RPG elements, with difficult choices to make that result in sacrifices and locking off parts of the map. You’ll help some, and hinder others, but it’ll be an exciting journey nonetheless. It’s bigger, better and more brutal.

What to look out for: Space monkeys. A vast sector of the universe to explore with your ever-expanding ship crew. Gameplay that scales from ground-level, action-adventure to full-scale, interstellar flight. A densely textured, philosophically fuelled civilization that explores slavery, control, genetic engineering, cultural cross-pollination, and all the long-term, spiraling knock-on effects that come with that. Beyond Good & Evil 2 might have taken the best part of 15 years to appear, but Michel Ancel’s follow-up looks so, so much grander, more exciting, and more thoughtful than we ever imagined it could be.