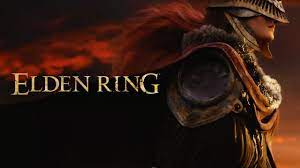 Elden Ring finally has a release date. The much-anticipated RPG will drop on January 21, 2022, a surprise announcement that was made at the end of the Summer Games Fest Kickoff Live event. A new trailer was also released, showing the first gameplay since Elden Ring was announced three years ago at E3.

The game is being made in collaboration between FromSoftware’s Hidetaka Miyazaki, one of the minds behind the popular Dark Souls franchise, and George R.R. Martin, one of the fantasy world’s most beloved authors for creating the Game of Thrones world. Needless to say, there’s been a lot of excitement surrounding Elden Ring, though little has been revealed about it.

ENTRANCING DESIGN — From the looks of the trailer, Elden Ring has the type of medieval vibe you’d expect from Martin, and he’s composing the narrative, so no surprise there. The game features lots of swordplays and traversing fantastical environments on horseback, and the environments meanwhile are haunting and beautiful — FromSoftware always makes world-class designs — though the characters are less compelling at first glance.

When the game was first announced, the developers said Elden Ring would launch initially on PlayStation 4 and Xbox One, suggesting it would have been released by now. But more recent rumors suggested it wouldn’t arrive until 2022. Today’s news confirms that. For such a hyped game we aren’t complaining — nobody wants another Cyberpunk 2077 fiasco.

The game is being published by Bandai Namco and will be available on PC, PS5, Xbox Series X/S, and previous-gen consoles. Even though we still haven’t learned a lot about Elden Ring, we should start seeing more as the developers hype up the game ahead of launch.

Summer Game Fest 2021 is underway, and major announcements are already rolling in. For many gamers, one big question that’s been lingering for some time is whether “Elden Ring” would get a 2021 release. There has been a real lack of news regarding the title, with only occasional glimmers of hope, like an update to the game’s official website. The title officially received an ESRB update, which led some to believe that a release date was around the corner. Ever since, gamers have been chomping at the bit for an announcement regarding the game’s launch, with rumors that fans would hear something by the summer. Well, the rumors were true, and a trailer just dropped, and it’s got the information everyone has been waiting for.

The footage shows off beautiful renderings of a fantastical world, complete with majestic landscapes and brutal beasts. Viewers also get to see a montage of intense, exciting combat. Perhaps the most exciting part of the trailer, however, is the moment when the release date slowly fades into view.

Fans are ready for Elden Ring

Now that “Elden Ring” has a locked release date, fans on the internet are losing their collective minds. The overall viewer consensus appears to be that the game is going to be well worth the long wait, and some comments humorously reflect this sentiment. One YouTube user wrote, “Absolutely worth the wait, my grandkids enjoyed the trailer i longed for.” Another commenter similarly quipped, “I have grey hairs now and the wait was still worth it.” Others simply wanted to chime in so they could leave their own timestamped mark on the day that “Elden Ring” was finally confirmed. This is truly a historical moment for fans everywhere.

Fans are celebrating on Twitter as well. The trailer has been pinned to the top of the official “Elden Ring” Twitter account, and the resulting thread is full of elated gamers. The comments that have poured in have ranged from videos of credit cards being tossed to memes expressing the sheer important of this game. The trailer was so tantalizing, it even convinced one user that they needed to buy a PlayStation 5.

Indeed, anticipation is at an all-time high, but some people are still a bit wary. One person on Twitter reminded others that “Cyberpunk 2077” was also once meant to be the greatest thing in gaming history. In about six months, gamers will see whether or not “Elden Ring” was truly worth the wait.