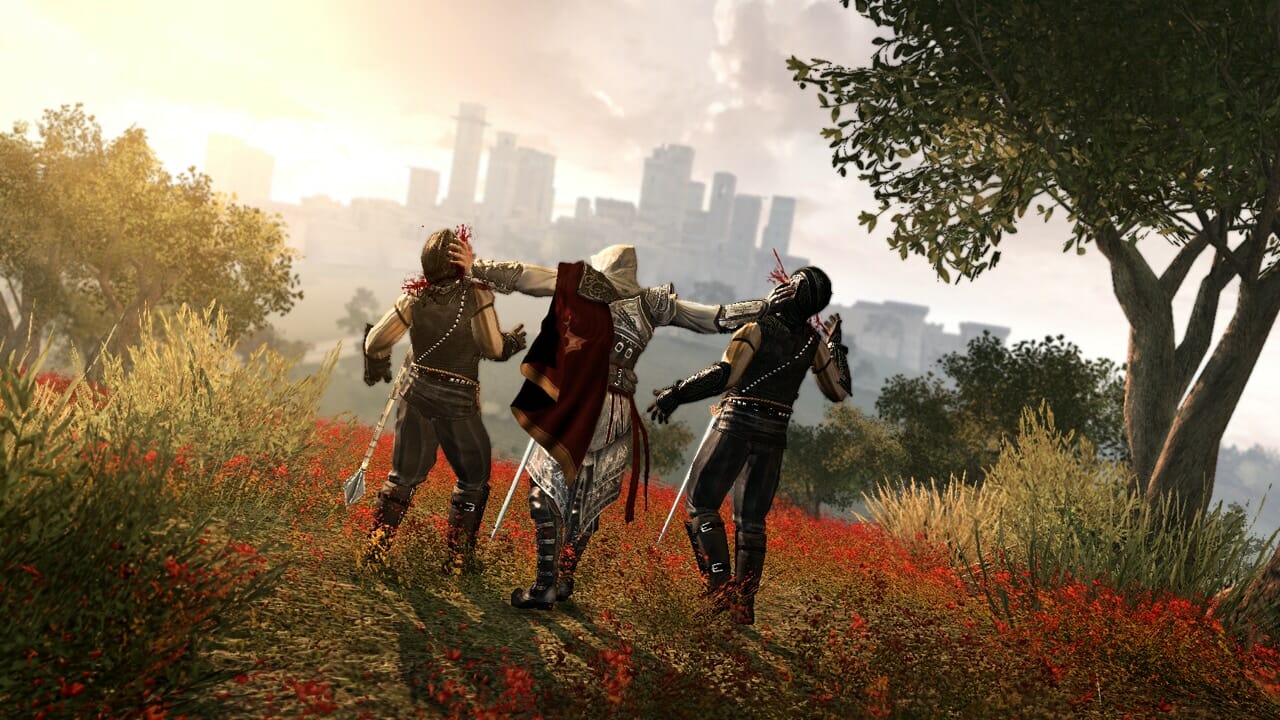 Ubisoft’s Assassin’s Creed series started with a focused narrative and as a spiritual successor to the Prince of Persia series before transforming into the million-hour RPG Zelda sword epics — and now the series is set to change again.

According to a report from Bloomberg the ‘assassins but also sometimes pirates and Vikings series will be shifting gears and becoming something that resembles a live service game known as Assassin’s Creed Infinity.

The report continued by saying the title “sets out to create a massive online platform that evolves, according to people familiar with its development.”

Previously the Assassin’s Creed series was essentially annualized and now the lines may just be getting blurred a bit with less time between content.

It makes sense from a business standpoint since live service games continue to dominate the conversation while pulling in absurd amounts of money with games like Fortnite and Call of Duty: Warzone.

Can We Have a New Rayman Game?

Outside of multiplayer-style live service games, there are also titles like Destiny 2 and even Ubisoft’s own The Division 2, which both have a higher focus on narrative and aren’t just multiplayer modes with quests and goals. There’s no way Ubisoft will abandon their story-driven epics. The company has experienced plenty of success with its single-player content and so Ubisoft is most likely adapting the delivery structure.

Instead of development is spread across several different Ubisoft teams, it’ll be synchronized like Ezio after he stabbed someone in the chest. Jason Schreier’s also reported Ubisoft consolidated the company’s Montreal and Quebec teams, which previously worked on different games and projects entirely. Likely, this could just end up being a hub with different types of content that vary in size and length and all connect, which could work a lot better for everyone.

The Assassin’s Creed series has a lot of fans with some of them on board for the longer games but there’s also a side of the fandom that wants more focused and shorter experiences. A different kind of delivery may do the series well and make it easier for fans to keep up with the content they’re most interested in if it’s split up instead of all being together in a single game.