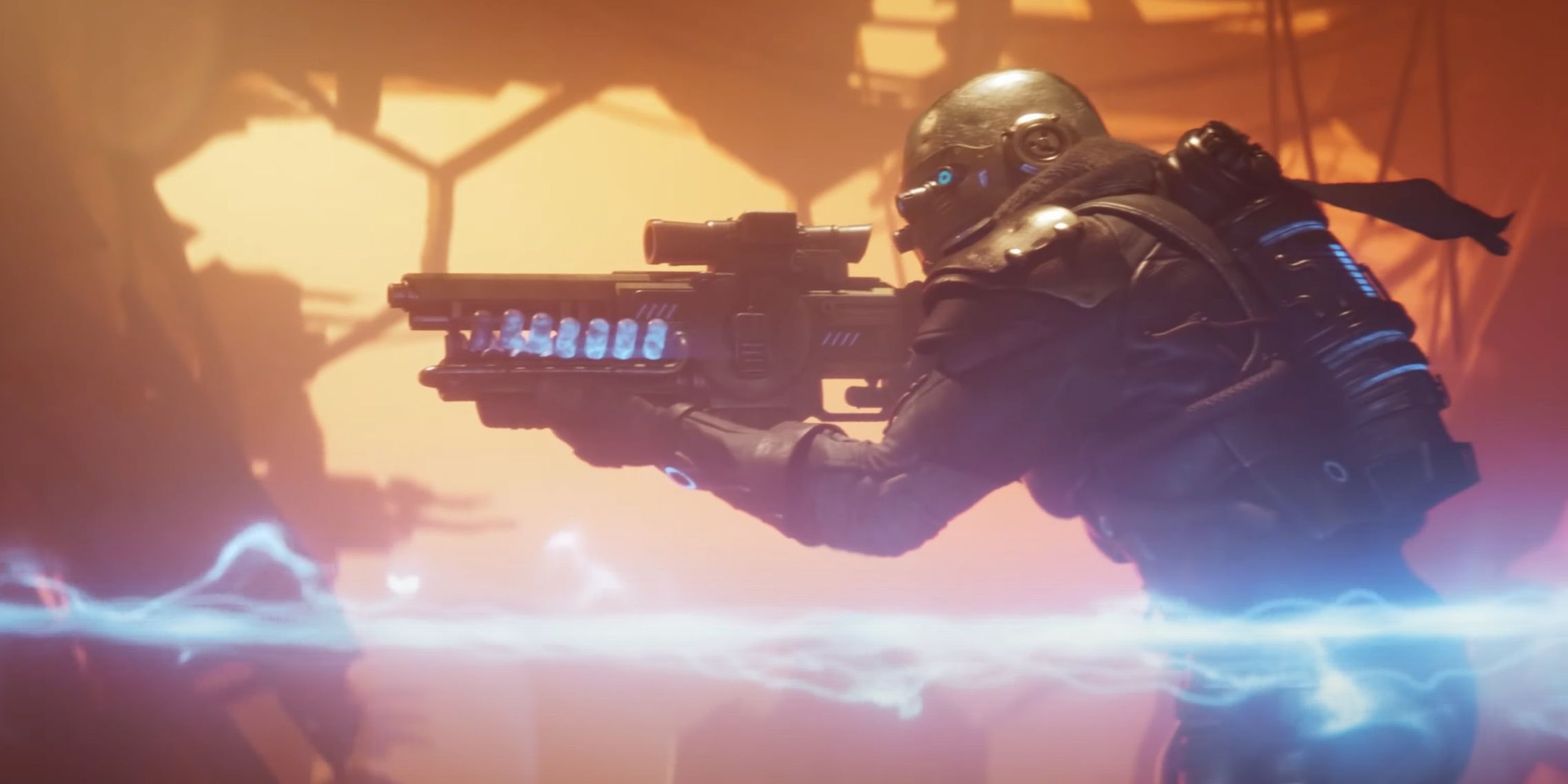 “The Outer Worlds 2,” the sequel to the beloved video game “The Outer Worlds,” is in production, but the lighthearted teaser trailer from Microsoft Xbox says developers aren’t ready to talk about anything else but its name.
The surprise successor to the popular 2019 action role-playing game in space was announced Sunday (June 13) at E3, a large industry gaming conference held virtually this year due to the COVID-19 pandemic. The over-the-top 90-second trailer pokes fun at how early-stage gaming announcements, like that of “The Outer Worlds 2,” refuse to disclose many details.
“Now, we see our hero, but only their silhouette, because the developers haven’t finished the design,” a malicious-sounding voice intones during the satirical trailer. “Or finished the story. Or finished any gameplay that’s ready to show. The only thing they have finished … is the title.”

“The Outer Worlds 2” was revealed in June 2021 at E3. (Image credit: Obsidian)
So we can’t tell you anything about the game’s release date, plot, the platforms it will be available on, or anything else. But we can point to what Xbox Wire said about the project:
“Taking place in a new star system with a new crew, we are excited to bring everyone back to ‘The Outer Worlds’ franchise. And, fans of ‘The Outer Worlds’ should always remember – it’s not the best choice. It’s Spacer’s Choice,” Feargus Urquhart, studio head of game developer Obsidian Entertainment, said in the Xbox Wire statement.
While you’re waiting for more news on the sequel, the 2019 original game “The Outer Worlds” is still available to play on PlayStation 4, Xbox One, Microsoft Windows, and Nintendo Switch. Many 2021 E3 releases are exclusive to Microsoft platforms, however, “The Outer Worlds 2” may not be as widely available as its predecessor.
The original game is set in the year 2355 in an alternate future in which huge corporations dominate Earth and extend their reach to other star systems. Starring in “The Outer Worlds” is a fictional six-planet system called Halcyon, which is so far away that the crews need to hibernate for a 10-year journey. In real life, astronaut hibernation has also been studied in NASA’s Innovative Advanced Concepts program that gives early-stage funding for far-future space exploration ideas.

The universe of “The Outer Worlds” features faster-than-light (FTL) travel, which is called Skip Space in the franchise. Unfortunately for long-time fans of FTL travel in franchises like “Star Wars”, “Star Trek” and “Battlestar Galactica”, however, fresh research published in April 2021 suggests real-life warp drives might be limited by energy problems and contradictions with Einstein’s theories of relativity and space-time, among other issues.
“The Outer Worlds” also features numerous types of weapons, including a shrink ray gun that hearkens back to concepts in other space franchises. Perhaps the most notorious use of a shrink ray was in the 1996 comedy “Mars Attacks!” in which the Martian Leader uses a shrink ray against General Decker, a fictional prominent military official representing the President of the United States.