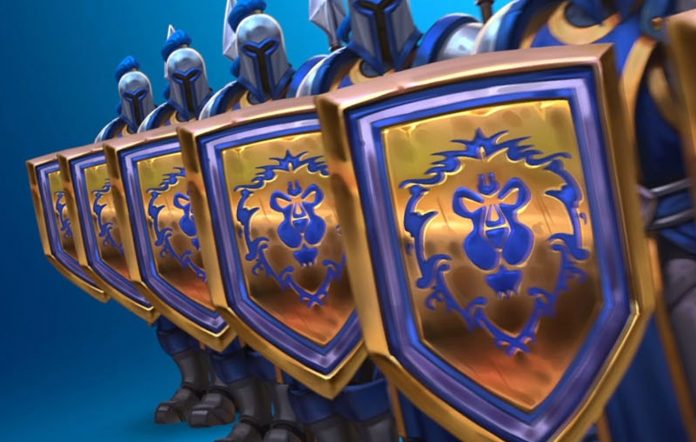 It looks like Blizzard Entertainment will be revealing the next expansion for its popular virtual card game, Hearthstone, this week.

As reported by PCGamer, the next Hearthstone expansion will be announced at 5:30 pm BST/9:30 am PT/12:30 pm ET on July 1 on the official Hearthstone Twitch and YouTube channels.

The lead designer, Alex Dawson, is expected to start the reveal event with an overview of the second phase of the Year of the Gryphon. Afterward, game designers Liv Breeden and John McIntyre will also run through the next expansion’s new card set.

By the images presented on Twitter and the website, it seems that the next expansion may be inspired by the World Of Warcraft‘s Alliance faction, but that has yet to be confirmed.

According to the official website, Blizzard also has some news to share for Battlegrounds, but no new information regarding Mercenaries will be mentioned.

“Separately, we know you’re eager to learn more about Hearthstone Mercenaries,” Blizzard said. “While we’re very excited with how things are coming together, we need more time to implement all the awesome content we’ve planned for the mode.

“As such, we’re now expecting Hearthstone Mercenaries to be released in Phase 2 of the Year of the Gryphon and won’t be quite ready to share details on the mode during the stream on July 1.”

Blizzard confirmed that it will be hosting a dedicated Hearthstone Mercenaries stream later this year and more information will be revealed leading up to the broadcast date.