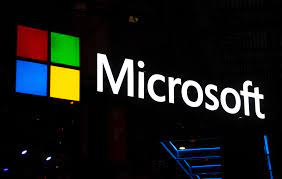 The E3 season, or whatever it’s called these days, is rapidly closing in. Geoff Keighley’s Summer Game Fest gets the ball rolling on June 10, followed by the online-only E3 from June 12-15, and individual events like Ubisoft Forward, EA Play Live, and of course the PC Gaming Show and Future Games Show.

Microsoft and Bethesda will also return with online presentations this year, and according to a Le Figaro report (via VGC), this year they’ll be doing a joint event. Specifics weren’t revealed, although Matt Booty, head of Microsoft Studios (and thus a guy who’s in a good position to know about these things) said it will take place in a few weeks, dropping it right into the meaty part of the Big Summer o’ Games.

A shared showcase makes sense. Microsoft owns Bethesda now, in case that had slipped your mind, and while Bethesda has historically done its own thing (and certainly remains big enough to continue doing so), it’s a big jewel in the Xbox crown. Rolling Bethesda’s showcase into a larger Xbox event is a great opportunity to make a statement, especially if, as many expect, it will include a look at Starfield and possibly a release date tease.