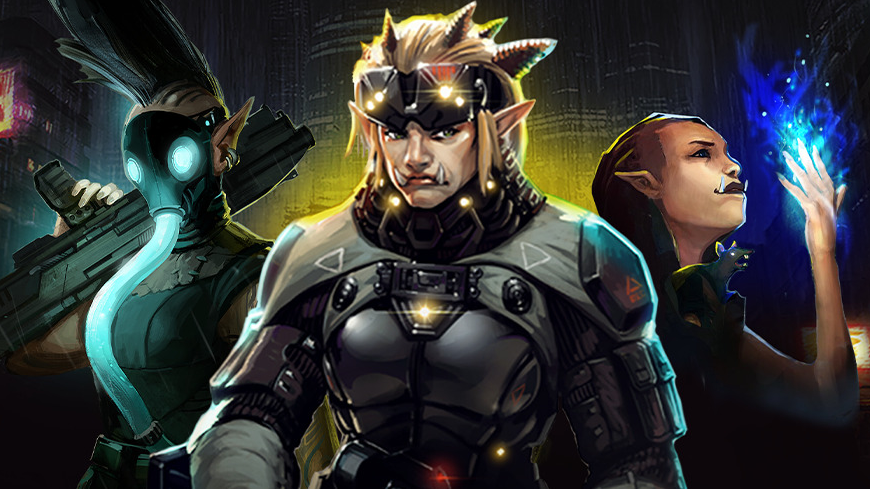 To cap off its 2021 summer sale, GOG is giving away all three games of Harebrained Schemes’ Shadowrun series for free on PC. You have until the end of the weekend to claim them.

Why would you want to do that? Maybe because the dense tactical RPG series is one of the last decade’s best table-top-inspired sci-fi trilogies. The trio, which includes 2013’s Shadowrun Returns, 2014’s Shadowrun: Dragonfall, and 2015’s Shadowrun: Hong Kong, would normally run you around $US70 ($90). Even with a huge discount as part of Steam’s summer sale, the games will still cost $US18 ($23) on Valve’s storefront.

The Shadowrun tabletop game the trilogy is based on originally came out in 1989, before going on to spawn a series of video game adaptations beginning with Beam Software’s beloved but obscure 1993 Shadowrun for the SNES. There was also a 2007 game by the same name for Xbox 360 but it was a multiplayer first-person shooter and not very good. So when Harebrained Schemes announced Shadowrun Returns with a 2012 Kickstarter campaign, fans were pumped.

The series improved a lot over the three-game run, and one of the benefits to playing them now as opposed to when they first came out are updated features — Shadowrun Returns didn’t have a save anywhere feature at launch — and a wealth of mod support. You should start from the beginning if you are looking for an extremely cheap way to monopolize all of your free time this summer, but if pushed for time I would recommend skipping Returns and jumping right into Dragonfall and Hong Kong which have more intriguing characters and sprawling backstories.

It’s been six years since the final game in the trilogy came out, so you might be wondering if Harebrained Schemes has completely moved on or not. The studio said earlier this year it was wrapping up updates for its more recent mech tactics game BattleTech and working on two new projects. So anything is possible.