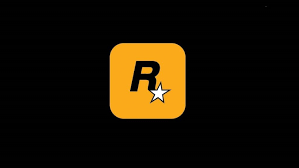 Dan Houser, the co-founder of Rockstar Games who played a central role in the GTA and Red Dead franchises, is apparently setting the stage to create some kind of new company. After leaving Rockstar in 2020, Houser appears to be starting some kind of new company called Absurd Ventures in Games. The UK’s registrar of companies said in a filing (via VGC) that Absurd Ventures in Games will work in the area of “ready-made interactive leisure and entertainment software development.”
Absurd Ventures LLC and Absurd Ventures in Games LLC companies have also been registered in the United States, dating back to February. In any case, it sounds like it’s early days for Houser’s new company, whatever it might be.
Houser had been away from the company on an “extended break” since spring 2019 following the intense workload of Red Dead Redemption 2 before officially leaving in 2020. Houser said he and a small team worked 100-hour work weeks during some stages of the game’s production, for which he was a writer.
Dan’s brother, Sam Houser, is staying with Rockstar as its president.
The departure of Dan Houser came after another high-ranking Rockstar employee, Leslie Benzies, left the developer in 2016. He went on to sue Rockstar for $150 million before the case was settled in 2018. Benzies started his own studio, Build a Rocket Boy, which is now developing a game called Everywhere.

Dan Houser was a key creative figure in the development of the Grand Theft Auto and Red Dead Redemption franchises. In 2018, Dan Houser said it would be tricky to make GTA 6 in the world’s political climate.
“It’s really unclear what we would even do with it, let alone how upset people would get with whatever we did,” Houser said about GTA 6. “Both intense liberal progression and intense conservatism are both very militant, and very angry. It is scary but it’s also strange, and yet both of them seem occasionally to veer towards the absurd. It’s hard to satirize for those reasons. Some of the stuff you see is straightforwardly beyond satire. It would be out of date within two minutes, everything is changing so fast.”
A recent report said GTA 6 is in development for release in 2025 and that it could have a Fortnite-style evolving map.
Another prominent Rockstar developer, 17-year veteran Imran Sarwar, left Rockstar in May 2019, according to his LinkedIn page. Just this week, it was announced that Sarwar sits on the Expert Council for Matthew Ball’s new Metaverse investment fund.