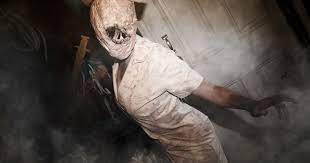 Bloober Team, the developer of Medium, Blair Witch, and Layers of Fear have partnered up with Konami, to work on a brand new Silent Hill game, according to reports.
Well, it seems the rumors were true. Bloober Team and Konami have officially announced a strategic partnership to “jointly develop selected contents and exchange know-how”. This means that Konami will outsource their IP to Bloober Team, which will develop a new game for the publisher.

You may wonder what game from Konami’s catalog will Bloober Team develops? Well, if that wasn’t already pretty obvious, it’s the iconic horror franchise Silent Hill as reported by VGC. Being a studio that specializes in horror games, Bloober Team seems to be an obvious choice for the next Silent Hill, which is set to be their biggest project yet.

Bloober Team’s previous games include the Layers of Fear series, Blair Witch, and the most recent one The Medium. All of these games didn’t reach the critical acclaim that the studio might have hoped for but each title showed a clear improvement over the last one so we’re excited to see in which way Bloober approach Silent Hill.

KonamiSilent Hill: Shattered Memories screenshot showing icy road and snowy forest
Silent Hill is making a comeback
The president of the Bloober Team, Piotr Babieno said this is a historic day for the studio.

“It is a historic day for me and the culmination of several years of our work. The fact that such a renowned company as KONAMI has decided to strategically cooperate with the Bloober Team means that we also joined the world leaders in gaming and became an equal partner for the leading players in this market.”

Additionally, it’s worth mentioning that there’s another Silent Hill project in the works by a prominent Japanese developer.