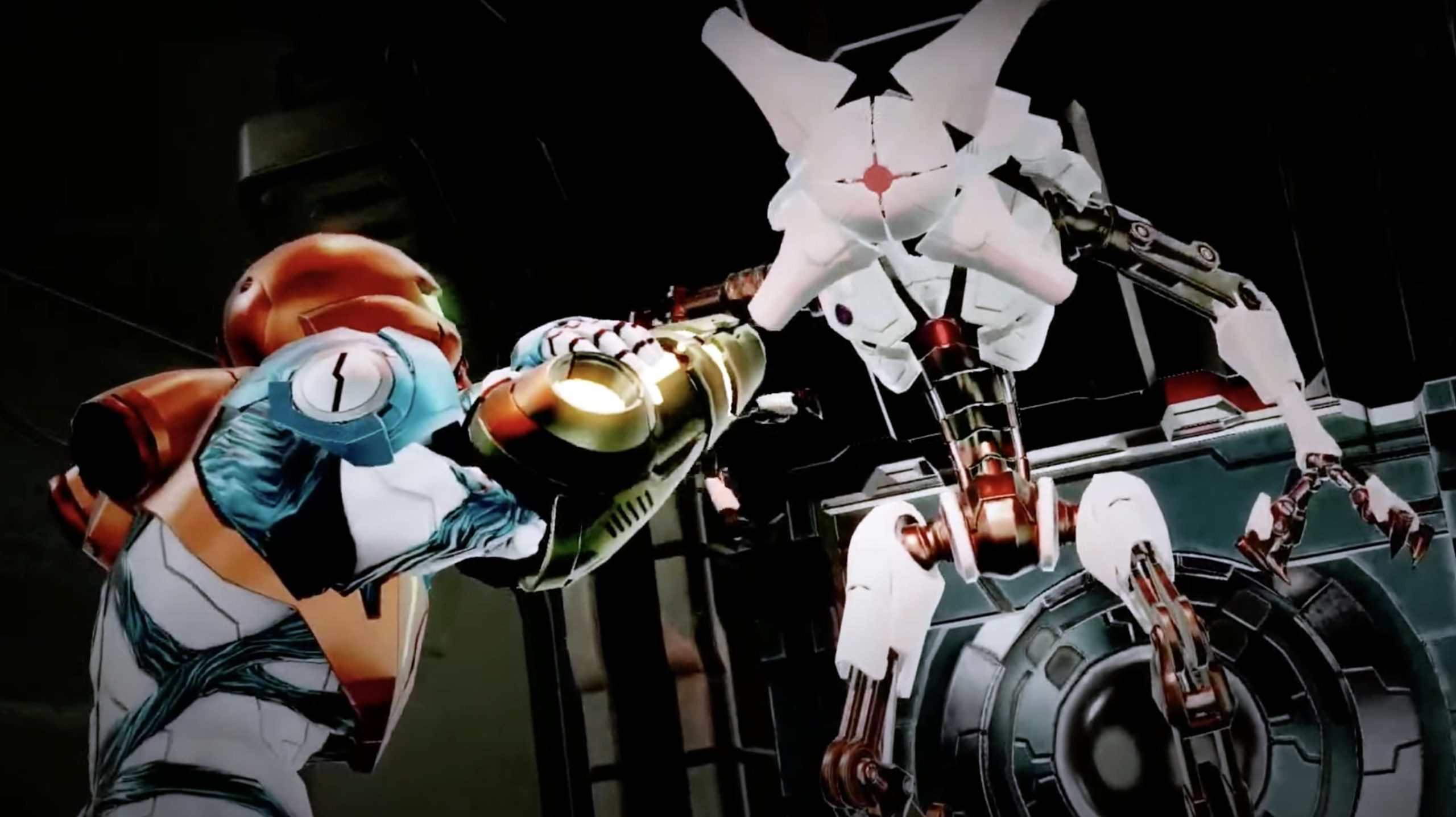 Mario may be Nintendo’s standard-bearer, but Samus Aran of the “Metroid” games is getting her chance to headline.
The space-venturing warrior stars in “Metroid Dread,” the franchise’s first appearance on the Nintendo Switch, due Oct. 8 (pre-orders available now). And it’s the first new story in the series in 19 years to play in 2D, picking up after “Metroid Fusion,” released in 2002 for the Game Boy Advance handheld. (Other games have been remastered games or non-story games.)
“Metroid Dread” pays homage to that game with its side-scrolling heritage that goes back to the first installment in the series, “Metroid,” from 1986. Samus moves fast and fluidly runs, jumps, slides, and climbs through lush landscapes with detailed 2.5D backgrounds. A new power, the Spider Magnet, allows the character to climb walls and stick to ceilings like Spider-Man.

Cinematic scenes advance the story and show the expressiveness of Samus, said Yoshio Sakamoto, co-creator of the Metroid series. “We found those very effective … Story is very important in this game. These cutscenes will be used to express the story.”
“Metroid Dread” is a story Sakamoto had been imagining for 15 years, a superior foe for main character Samus, similar to the threatening SA-X enemy from “Metroid Fusion,” he said.
“At the time that we came up with the idea, the hardware wasn’t there (and) the technological concepts weren’t working with our vision so we had to put it on hold,” he said in a virtual presentation during the Electronic Entertainment Expo (E3).

The “dread” in the game’s title comes from those intimidating enemies Sakamoto and the team has created for Samus to face: the E.M.M.I. robots, which appear to not be slowed by her weapons. When encountering the robots, players will want to learn to move fast, hide, be quiet and deploy a phantom cloak – kind of like Harry Potter’s cape – which makes her invisible.
“It is really about Samus encountering fear,” Sakamoto said, “but she stands against that fear and fights it and defeats it.”

This enemy turns the tables on Samus, who is usually the hunter, said Nintendo of America president Doug Bowser in an interview. “It’s a little bit of a role reversal,” he said.
Another Metroid game, “Metroid Prime 4,” announced in 2017, is in development at Retro Studios in Austin, Texas, under Nintendo’s supervision, but there’s “no further news” on the game, Bowser said.

“Metroid Dread” will finish a story arc for the character Samus begun with that original game 35 years ago. “It is a wonderfully fitting end to the five-story overall story arc of Samus and the Metroids,” Bowser said.
And even if you haven’t followed all along over the decades, the game’s prologue “will serve as an explainer to those new to the Metroid universe,” Sakamoto said.

WHY DID IT TAKE SO LONG FOR THE GAME TO COME?

Around 15 years ago, Yoshio Sakamoto had an idea for the next mainline Metroid game. Called Dread, the game would feature longtime protagonist Samus Aran constantly pursued by some kind of all-powerful force. The idea was to instill fear in players with an enemy they couldn’t defeat. This was the same time that the Nintendo DS was becoming a breakout hit, but Sakamoto soon realized that the handheld wasn’t powerful enough for his ideas. “It was difficult to realize that concept with that hardware,” he said recently during a meeting with reporters.

Development on Dread stopped and started a few times due to these technical limitations, before eventually being shelved indefinitely. “We had put it on hold,” Sakamoto explains. This is what made this year’s announcement at E3 such a surprise: not only is Metroid Dread real, it’s coming to the Switch on October 8th.

Dread is the fifth main entry in the franchise — it was initially titled Metroid 5 during the E3 reveal — and the first since Metroid Fusion in 2002. Like its predecessors, it’s a 2D side-scroller that combines action and exploration. Not only will Samus have to fight off hostile aliens but also find her way through a labyrinth-like planet full of secrets.

The main twist is new robots called E.M.M.I., predatory creatures that Samus isn’t strong enough to fight, forcing her to hide. They add an almost horror-like element to the game; Samus will have to be silent around them and can make use of technologies like a cloaking field to remain invisible. “I wanted to create something that was unsettling for players, and also would communicate this unfeeling-ness that’s inherent in something that’s robotic,” Sakamoto says of the machines.

Sakamoto is serving as producer on Dread, and he says that the time was finally right for a few reasons. One was more powerful hardware in the form of the Switch. The other is a partner. In 2017, Nintendo launched Metroid: Samus Returns on the 3DS, a remake of the Game Boy title Metroid II. Development was handled primarily by Spanish studio Mercury Steam. “The reason that I actually met with them was in the hope that they’d be able to realize the concepts that I had for Metroid Dread,” Sakamoto explains. “In meeting with them, I got the sense that they were a team that we could work together with towards a singular concept, and realize this goal that I had in mind for Metroid Dread.”

Like Samus Returns, Dread features 2D gameplay with 3D visuals, as well as much more fluid movement compared to earlier Metroid games. Samus is quick and nimble, able to slide around and use counterattacks. She even has free aim like in Samus Returns. Meanwhile, from the live gameplay demo I watched, the E.M.M.I. robots are appropriately terrifying, hunting down Samus with cold, calculated precision. For Sakamoto, watching it all come together so smoothly has almost made the long wait to realize his vision worth it.

“It’s really better than I imagined those 15 years ago when I had the idea for this,” he says.