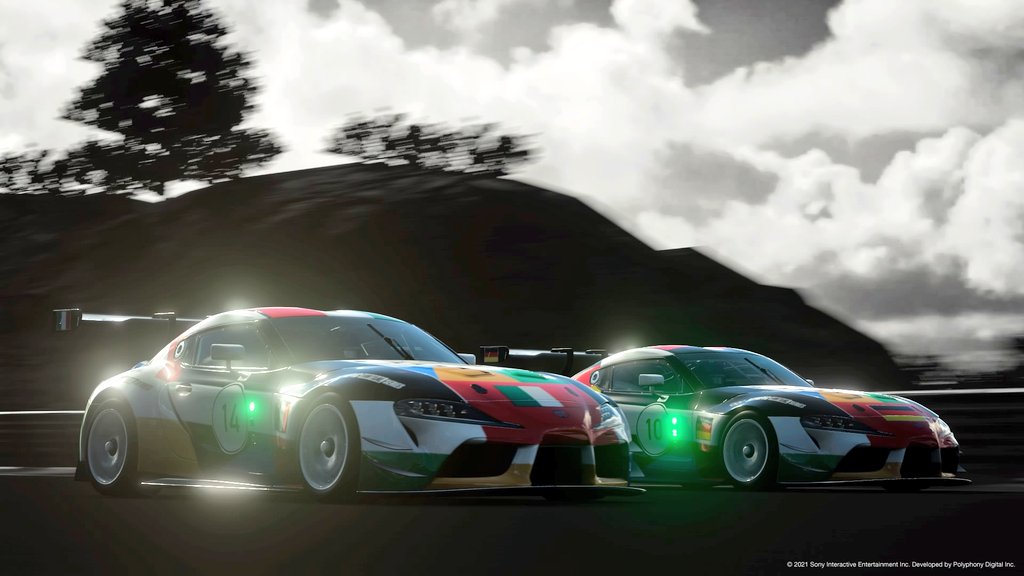 Turismo Championships since 2018 – and featured a qualification stage in the form of a 10-day time trial challenge.

The FIA was selected as one of five leading international sports federations invited to partner with the IOC in the launch of the OVS, which was billed as the first-ever Olympic-licensed event for physical and non-physical virtual sports introduced as part of the build-up to this summer’s Olympic Games in Tokyo.

Working in close collaboration with gaming developer Polyphony Digital, the FIA organized the event, which was won by Valerio Gallo, after a duel with the 2019 GT world champion Mikail Rizal.

FIA president Jean Todt lauded the initiative, saying that “digital motorsport is an essential element of the wider motorsport ecosystem because it is offering safe, low-cost opportunities for young people and the FIA is fully committed to continuing its promotion.”

Frederic Bertrand, director of the FIA’s Formula E & innovative sports activities department was one of the key people behind the project. He told The Race that the OVS delivered despite a relatively tight timeframe to get the project off the ground.

“We were very satisfied with the level of entry given the time window we had been given to put it together,” said Bertrand.

The FIA is part of a working group, managed by the IOC that looks at esports and its development. The IOC gave its notice of intention to organize an international competition to build up the momentum to the XXXII Olympiad in Tokyo this summer.

In addition to sailing, rowing, cycling, softball, motorsport was chosen but the plans were only confirmed in April.

“We started the qualification five weeks later, so and in this timeframe, we had to finalize with game development, including all the branding from the IOC side, which was a big challenge because of the marketing rights,” details Bertrand.

“We have a great coordination with the IOC, DreamHack Sports Games [the operator and global operator of the competition] as well as Grand Tourismo which we selected as a game for this competition, because of the history between Gran Turismo and the FIA, which dates back to 2018 and the launch of the FIA Certified Gran Turismo Championships.”

The key objectives for the OVS were simple – to find new ways for people who don’t have the regular budget for professional racing to enter the world of motorsport.

“So we consider digital motorsport as a new grassroots like karting is,” says Bertrand.

“You just need a console and then with the basic steering wheel you can compete online. These kids are at the forefront of esports, which is an activity the FIA fully supports.”

Another aim is to enhance the bridge between esports and physical health through sport. It is taken increasingly seriously by professional and amateur esports participants.

“We are very lucky because with motorsports we are probably one of the only esports, maybe also with rowing and cycling, where you need to be physically active to take part in the game,” Bertrand says.

“You have a steering wheel, you have the pedals, like in a real race car, of course, the speed, the g-force, the feeling of fear, and this kind of things are not there but still, the physical skills are very close to motorsport.”

Still, there are serious challenges ahead for esports, and one of the primary issues is the lack of female participation.

The FIA is at the forefront of diversity efforts with the FIA Women in Motorsport Commission and this is set to be addressed at a special meeting at the forthcoming general assembly and FIA conference in Monaco next week focused on accelerating female participation.

Esports’ potential as an entry-level is clear and it’s also clear that the pandemic helped dramatically accelerate interest in esports.

“The boost we have seen on esports over the last 12 months is the consequence of the pandemic,” says Bertrand.

“Because last year when we had the first lockdown, and this is the moment I joined the FIA, we started to see all professional drivers going on the sim racing scene and then competing with each other and having fun.

“All our national federations at this stage came to us and they said: ‘so what do we do with digital motorsport?’ and there was a big demand from them to organize something.

“It was already in process, as we are operating the FIA Certified Gran Turismo Championships since 2018 and it accelerated it.

“I think that in one year we have achieved what we would do in a regular three to four year period of development because we had to due to the demand for it.”

The IOC has its way of operating, and it plays heavily on its ancient roots and also its more modern heritage which still totals 127 years of history.

The historic partnership between the FIA and the IOC will intrigue many sports industry observers and make some curious about what else might be possible in the future.

Could, for instance, motorsport esports or even traditional racing in some form be a bona fide part of a future Olympiad perhaps?

“I think that we at the FIA are in a very strong position because we have a product which is already structured, which is experienced, and which generates a big interest from the young generation,” reckons Bertrand

“So this is the relationship we have with the IOC and we are part of this working group and there is permanent communication between us.

“I think that this event has proven that the relationship can be a success and we are all looking forward to the next steps and next cooperation.”