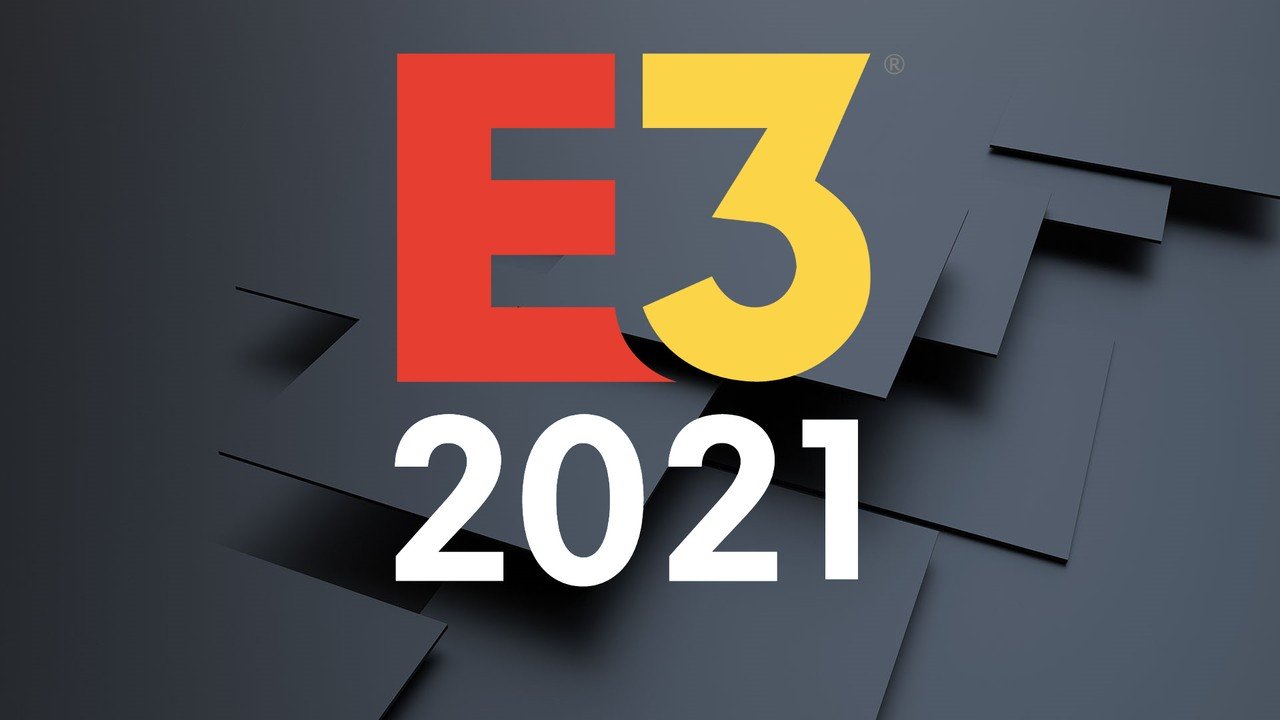 After being postponed last year because of the COVID-19, the biggest gaming event of the year has finally returned in an all-digital version.

E3 2021 marks the return of the annual video game industry event, which often brings plenty of exciting new game announcements. This year is set to be an especially interesting one, especially since it’s the first E3 since the arrival of Sony and Microsoft’s new PlayStation and Xbox consoles. Nintendo is also expected to unveil a hardware revision to Switch, which could bring with it enhanced graphical capabilities.

Some of the biggest publishers in the industry will be streaming as part of the broadcast kicking off this Saturday, June 12, with Ubisoft’s conference being the first major show. Gearbox, the developer behind the Borderlands series, will follow with a short showcase. Sunday, June 13 will bring the Xbox E3 games to showcase in the first major showing for Microsoft’s gaming division since acquiring Elder Scrolls publisher and developer Bethesda last year.

Square Enix is also scheduled to present a showcase on June 13, while a PC gaming-focused show and the Future Games show will conclude Sunday’s broadcast schedule. Verizon, Take-Two Interactive, Mythical Games, and Capcom will all be among those offering updates for fans and investors on Monday, June 14. The final day of broadcasting on Tuesday, June 15 will bring Nintendo’s highly anticipated E3 Direct showcase, and an hour-long presentation from Bandai Namco.

Sony’s PlayStation is notably absent from this year’s festivities, although it’s worth noting that a gameplay presentation for Horizon Forbidden West was released in late May. Whether there will be much from PlayStation’s first-party lineup at the show remains to be seen.

The sun has only just dawned on E3 2021, but there are already too many games for a single brain to comprehend. Between Geoff Keighley’s kickoff show, company-specific broadcasts for Gearbox, Koch, and Devolver, IGN’s showcase, Ubisoft Forward, and indie showcases Guerrilla Collective and Wholesome Games Direct, we’ve already seen 100-plus trailers for brand new and previously revealed games. And this is technically day one? Phew.

To help separate what’s stood out so far, I asked a few members of the PC Gamer team to identify an early favorite. This is an immediate reaction to what we’ve seen so far—a more comprehensive verdict on the whole show will arrive in our post-E3 awards after everything wraps on June 15.

Where we saw it: Summer Game Fest

After two years of dead air, we finally have an Elden Ring gameplay trailer. And, yeah, it looks a lot like Dark Souls, but it’s been five years since Dark Souls 3, and our collective grimdark fantasy tanks have long since emptied. We need this, OK? Besides, focusing on the familiar is a disservice to everything FromSoftware hasn’t done before on display in the trailer.

It’s telling that our recent trailer discussion on the latest episode of The PC Gamer Show kept returning to the same thing: that massive rock quadruped roaming Elden Ring’s open world. Study it for a minute and you’ll notice the bell hanging beneath it is part of a whole-ass building on top of its back. How the hell do you get up there? Uhhhh…

FromSoftware is notorious for its more prescriptive, classic action RPG challenges. But now, with a tried and tested melee and magic vocabulary, lessons learned in acrobatics and traversal and stealth from Sekiro, with an open world and spectral, double-jumping horse layered in, it looks like FromSoft made its first legit sandbox game. It’s why we can’t quit the massive rock turtle: What’s your plan for getting up there? Let’s hope FromSoft has solutions enough for all of us. —James Davenport

Where we saw it: Summer of Gaming Showcase

Absolver is one of a few games that feels like it was made for me. Developer Sloclap and I are aligned on what makes a videogame fun—or we were in 2017, at least—so when the studio announced a new kung fu game back in February, I got on the phone with them the next morning. On that call, I found out that Sifu will be a single-player game, and that it won’t include Absolver’s cool fighting customization system, but will instead focus entirely on Pak Mei Kung Fu. I was surprised by that because fiddling with my fighting style was my favorite thing about Absolver, but I didn’t let myself feel disappointed without knowing more.

Sifu’s new E3 trailer sure makes it seem like Sloclap can do something exciting while focusing entirely on one fighting style. I love the specificity in the movements: You just know that none of the kicks or punches or stompy-slappy-things (what I’m calling the humiliating beating 30 seconds into the trailer) are interchangeable with the animations in other games and that each of them has a name. I’m curious to find out how these holds and combos are executed, but given the technical mastery possible in Absolver and Sifu’s theme of self-improvement (a “sifu” is a master/teacher), I’m optimistic that Sloclap and I are still into the same kind of thing.

Sifu is out later this year. I’ll be playing Chivalry 2 until then.

Where we saw it: Wholesome Games Direct

Lake’s trailer grabbed me in the first few seconds before I even recognized it as a game I’d seen last year. It was one of many charming games at the Wholesome Direct showcase, and I’m excited to see it has a release date for this September. Lake has the kind of premise you’d only see in an indie game, but also seems like it has the production value to pull off a concept that could quickly get boring in a smaller, less detailed game.

You become a mail carrier in a small town in the 1980s Pacific Northwest and drive around town delivering mail and chatting with the locals. Nothing in Lake looks amazing, but everything in the trailer just lands for me—the peacefulness, the scenery, the light touch story. I feel like this bit from the trailer about Lake’s townsfolk communicates what its whole vibe will be like: “Some of them are familiar. Many are new! Some of them are friendly. Some are very busy. Some are happy. Some seem happy. Some like cats. While others… just want their mail.”

I can’t wait to meet the town grumps. —Wes Fenlon

Where we saw it: Devolver

The synopsis: As a vow to his dying Master, the young swordsman Hiroki is sworn to protect his town and the people he loves against all threats. Faced with tragedy and bound to duty, the lone samurai must voyage beyond life and death to confront himself and decide his path forward.

More. More. More games are set in feudal Japan, the games industry. More. Make feudal Japan the new bald space marine. Blot out the Steam storefront with silhouettes of traditional Japanese hats, katanas, and samurai garb. This is a world we can create together.

It’s very exciting to see a game set in this era that so bluntly draws its visual inspiration from Kurosawa. PlayStation exclusive Ghost of Tsushima had a gorgeous black and white mode, but there’s a difference between a graphics setting toggle and a game built from the ground up to express a whole genre of film. —Evan Lahti

Where we saw it: Guerrilla Collective

What if Fallout had gone real-time but stayed top-down, while at the same time swapping all the 1950s sci-fi stuff for more of a 1970s splatterpunk aesthetic? That sounds intriguing, but what sold me on Death Trash is that it has “an inventory of items and worms”, “skills like pickpocketing and puking”, and lists as an important bullet-point feature on its Steam page “manual save games”. MONEY DOWN. —Jody Macgregor

Where we saw it: Summer Game Fest, Gearbox Showcase

I’ve drifted away from Valheim lately but along comes another Viking game that supports 10-player co-op and it’s got my hands itching for an ax again. Tribes of Midgard is quite a bit different from Valheim’s open-world survival game, too. Either solo or with friends, you construct a Viking fort to protect a relic from enemies bent on bringing about the end of the world. By day you explore, gather resources, craft, build, and battle enemies. At night monsters appear and try to invade your fort. And every few days, a mighty giant appears and tries to destroy your relic. If you can’t stop him, it’s all over.

Unlike Valheim, Tribes of Midgard has character classes that give your Vikings various powers and abilities—feature Valheim players wanted so much they modded it in. The art, animation, and effects all look great in Tribes, and the monster design is especially fantastic. I’m ready to pop a horned helmet on my head and bring some giants to their knees. —Chris Livingston

Where we saw it: Ubisoft Forward

We’d all seen Riders Republic before, and it’s one of those that I thought looked pretty cool but didn’t stick in my mind as one to watch. The trailer at Ubisoft Forward, however, blew me away with its scale and ambition.

I’m one of those that likes the less simulation-ey take on sports and, while the Riders Republic looks like it’s going to be a serious racing/stunt game with a high skill ceiling, you can also see that it’s just going for the thrill of throwing all these different extreme sports together. I instantly know I’m going to spend all my time mastering the wingsuit because the idea of sailing over a cyclist at top speed is just awesome. I also really loved the more ‘gamey’ elements the trailer started introducing near the end: rockets on the bikes, that kind of thing. I think this game might be very special. —Rich Stanton