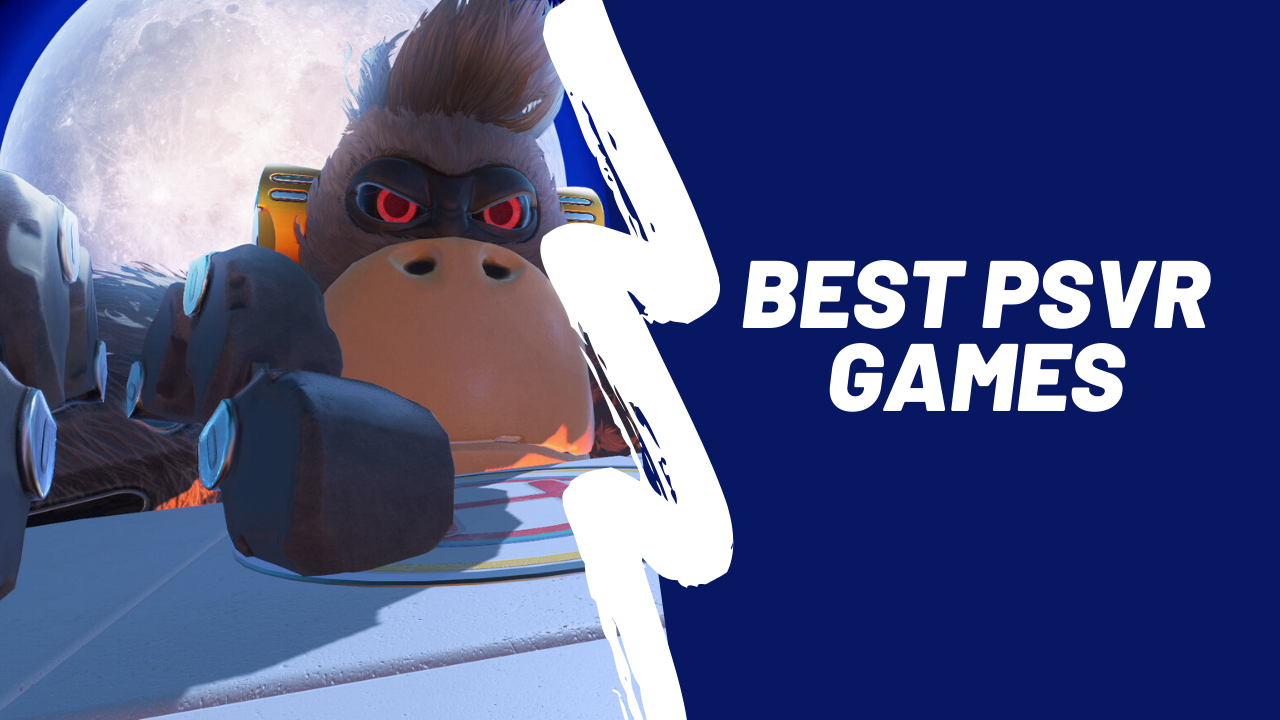 The technology provides many different ways to entertain yourself. The best entertainment gift from technology is the games that are available on different play stations. There are many different types of games that follow a different theme for all the games. However, the best way to enjoy these games would be to travel through a new world in a different reference. So, this can be accomplished with the help of the numerous games that are available on various platforms. The wide range of options helps in choosing the type of world that you want to spend your time in. So, the best PSVR games are listed here for quick reference.

The game is in 3D form and it is one of the best PSVR games. The game provides a legit experience for the player. The game protagonist is the bot but the 3D experience would help you in being in the game. The controller and PSVR headset can provide the view in such a way that you feel like you are in the game. However, the theme is directly related to the Super Mario game and ends when you reach a finish line after surviving through many hurdles. The game works according to your movement and craning your neck can help in being in the game. Thus, it provides the best playing experience.

Tetris is a simple game and it requires concentration to get the right pieces fixed in the right place. So, the VR version of the game provides the background for concentration. There is a constant music in the background that works on increasing the concentration. The visuals improve when you play further in the game. The basic structure will include lightening and other vision enhancement on completion of a line or other things. The PSVR game makes the game fun and you can enjoy it in the 3D vision.

It is a single-player PSVR game that focuses on shooting and other fights. If the person in interested in fighting then they would like the game. The theme of the game is heist that takes place in London. However, the main role of the player is to run away safely after the heist. So, in the game, while trying to run, you will get the chance to shoot and go from cover to cover to protect yourself. Other things would include lock picking, crossing tunnels and many other things including using a drone. Thus, the game attracts many players who like to fight.

This is one of the best PSVR games that revolves around the military theme. It is an online multiplayer game and would work based when the players support their team. The game has different firearms for different level of players. If the person is a high-level military player in the game then they will get a PSVR aim controller and others would get old DualShock 4. So, the game is basically focused on playing successfully with proper communication and team coordination.

The PSVR games is based on surviving with a world full of ghost. The game would give best results if you are able to play it with the PSVR headset. The main character has to survive through a series of ghosts and has to survive in all the possible ways. The headset and the graphics of the game will make you feel as if you are actually in the game and surrounded by ghost. Thus, the game is very essential for every player.

Thus, the main benefit of the PSVR games is to provide the actual feel of the game. The players always like to play the game as if they are part of it and so, the games are very beneficial for them. Thus, PSVR games are important for every player.