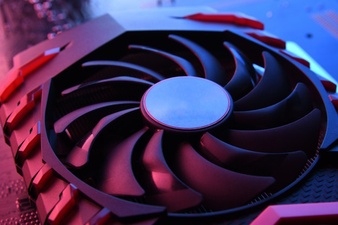 It’s been a long time coming, but we’re finally going to get a pair of Zen 3-powered APUs from AMD that’ll be capable of gaming. The Ryzen 7 5700G and Ryzen 5 5600G will be available August 5 and cost $359 and $259 respectively.
They’ll slot it into existing 400 and 500 series motherboards and offer some pretty decent performance numbers by the look of things. And in case you’re wondering, yes, they come with coolers and are overclockable too.

While its previous generation of APUs, headed by the Ryzen 5 3400G, mainly focused on 720p gaming for smooth framerates, this new generation is gunning for 1080p performance. AMD highlighted this to us in a briefing before the Computex announcement by saying Hi-Rez Sutdios’ Rogue Company managed an average of 78fps at 1080P using the high settings.
Not bad for integrated graphics.

It also couldn’t help but throw some shade at Intel’s offerings, with a few comparisons to the Core i7 11700 that showed the Ryzen 7 5700G offering twice the performance in the likes of Warframe and Fortnite.
In case you’re wondering, that Intel chip uses intel’s UHD Graphics 750 silicon, not its more-recently developed Xe cores—which you can’t get on the desktop yet. Likewise, these new APUs don’t use AMD’s more recent RDNA 2 architecture either, or even RDNA 1, they’re still resolutely Vega parts.

The full specs of the chips make for pretty good reading all the same, though, and are competitive with what AMD currently has out there, with one important exception—like their mobile stablemates, these two APUS are limited to supporting PCIe 3.0 and not the newer PCIe 4.0. The latest next-gen NVMe SSDs will still work, but they won’t hit their full potential with these chips and will be limited to 3,500MB/s.
Still, this one annoyance aside, these look like good options for anyone looking to build a gaming machine on a budget. The 5700G having 8 compute units capable of running at 2.0GHz would be the preference here of course, although 7 CUs at 1.9GHz for $100 less may be the way to go. We’ll have to see when we get them in our test rigs.

AMD announced these chips back in April, but at the time they were only available to OEMs. There was a third chip back then, the Ryzen 5 5300G—a 4-core, 8-thread APU with 6 CUs—but that appears to have been cut. That’s a shame, as that would have been the more affordable option.
August 5 suddenly feels like a long way off.